Behind the wheel of the Mitsubishi Evo VI T. Makinen

If you’re a certain kind of car fan, the Mitsubishi Lancer Evolution will need no introduction. Referred to as the Evo for short, it’s the faster, rowdier version of the Lancer saloon and one of the most iconic performance cars of all time.

Despite the fact that the Evo was originally made only for the Japanese market, it quickly gained a reputation for its brutal power and fantastic handling, and the car lasted for 24 years and ten generations before being phased out.

There have also been plenty of special edition versions of the Evo over the years, but arguably the most famous and the most desirable of them all is the Tommi Makinen Special Edition version of the sixth-gen Evo VI. 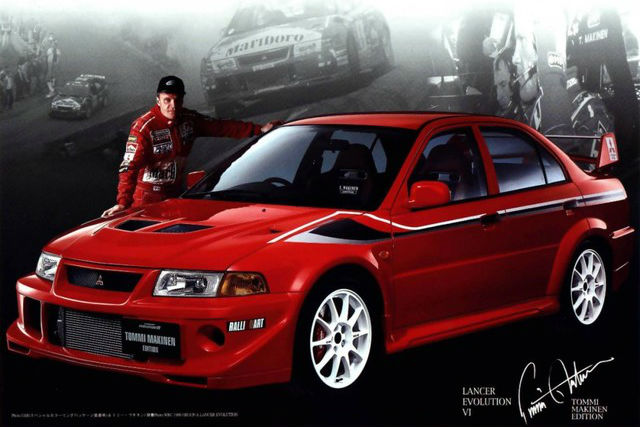 One of the most revered rally drivers ever and long-term rival to the legendary Colin McRae, in the mid to late 90s Finn Makinen was a superstar, complete with his own videogame – Tommi Makinen Rally – which was released in 1998.

Mitsubishi created the Evo VI Tommi Makinen Edition in 2000 based on Makinen’s own rally car and to honour the driver’s four consecutive WRC drivers' championship wins, and the car went on to become one of the best-loved Evos ever. 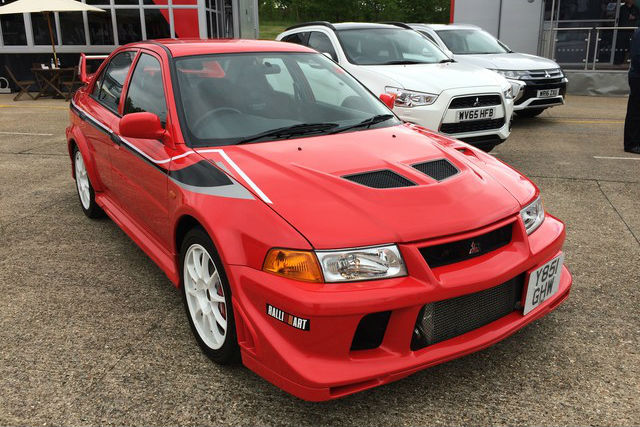 Red and black Recaro bucket seats featured, embossed with ‘T. Makinen Edition’, along with a quicker steering ratio, 10mm lower ride height and a titanium turbocharger turbine which spooled up faster than the regular model.

Perhaps the most iconic aspect of the Makinen Edition was its unique colour scheme. Although the car was available in standard blue, silver, black and white finishes, it was the red paint and bicoloured decals which aped the look of Makinen’s rally car that was the most desirable.

Like many of the Lancer Evolution’s numerous generations, the Evo VI is a difficult car to describe as being particularly pretty to look at. Like its greatest competitor, the Impreza WRX STi, it’s mean, hard edged and aggressive. 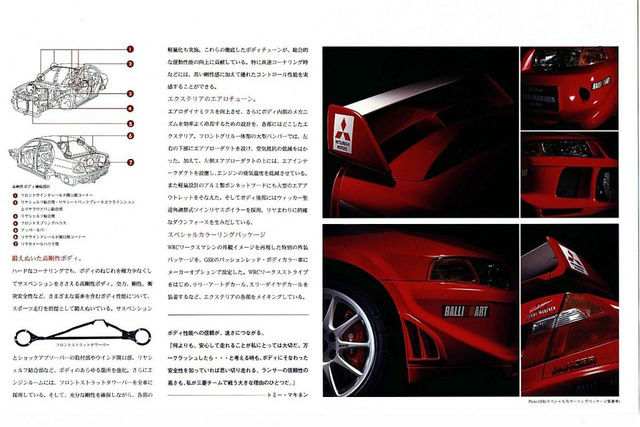 It’s no 250 GT SWB, put it that way, but nonetheless it’s undoubtedly cool in its dogmatic pursuit of performance, all flared side skirts, jutting aero parts and that massive rear wing rising above the boot lid.

Climb inside and it’s much the same story. Despite the odd bit of red stitching on the Recaro seats and on the gear gaiter, its interior is markedly plain and stripped back. There’s no room for luxury here, instead just the large MOMO wheel and a very basic CD player.

Launched for the Japanese market only, there were never any Makinen Edition Evo VI’s officially made for the UK, and so as a result the indicator stalks are located on the right side of the steering wheel as opposed to the left as most drivers are used to. 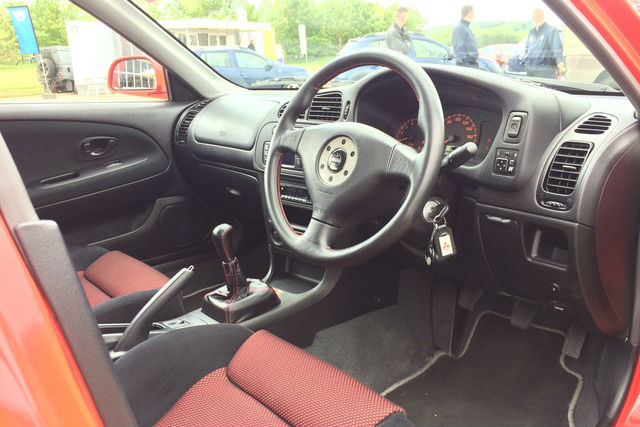 It also means that the car subscribed to the same voluntary performance limits that Japan’s carmakers imposed upon themselves in 1988, with its 2.0-litre turbocharged four-cylinder engine producing a maximum of 276bhp, with a top speed limited to 150mph.

Twist the key in the ignition and fire the engine up and, much like the exterior, it’s not particularly graceful but it is loud. That hardly matters at all though, because once you knock it into first gear with that deliciously smooth five-speed gearbox and take off, this special edition Evo shows off just what makes it so.

Mitsubishi marketed the car as being specially tuned for tarmac rally stages, and around the smooth road surfacing of Millbrook Proving Ground where Mitsubishi kindly let us take a spin in the car, it performs like an absolute dream. 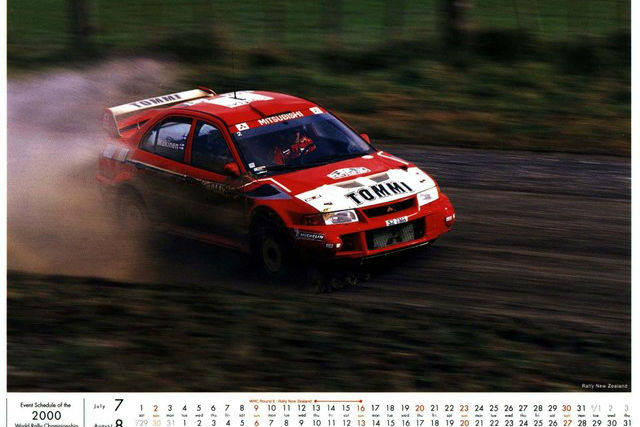 Feelsome and direct, the steering leads the car into corners in an almost telepathic fashion and the car’s four-wheel drive claws into the surface and holds it at a pace you wouldn’t expect from a 14-year old car, rally legend or not.

One of the reasons the Makinen Edition Evo stands out from its peers is how light it is, weighing only 1,365kg thanks in part to its stripped-down design. Nearly 250kg lighter than the most recent Evo X, the car is able to cover the 0-62mph sprint in around four and a half seconds, about on par with a 997-generation 911 GT3 or a modern Cayman GTS.

Remarkably, the model that we were in to date has just over 4,000 miles on the clock and once you forget about the dated interior it drives as well, if not better, than many modern performance cars. 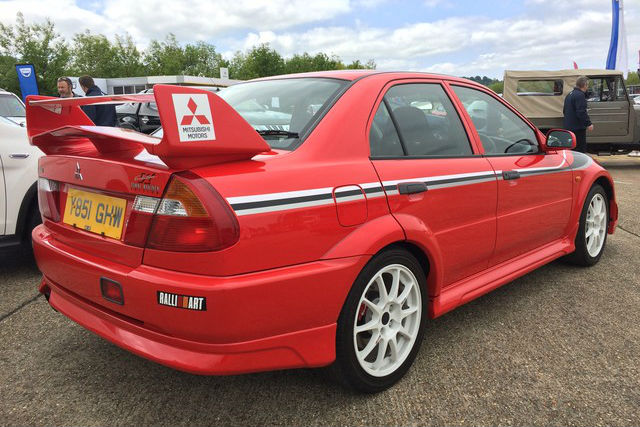 Beautifully balanced in the twisties

It also means that it’s beautifully balanced on a twisty road and inspires confidence in the driver, even during a head-snapping wave of turbo boost halfway through a corner thanks to an active rear differential which helps maintain stability in high-speed cornering.

The throttle, likewise, has incredible responsiveness and the Brembo brakes provide plenty of bite and effective, easily modulated stopping power while the suspension keeps the car perfectly flat even through the tightest turns.

Close to two decades on, it speaks volumes about the ability of the Evo VI that the Makinen Edition still feels modern and relevant to drive when compared to more contemporary cars. In fact, it feels sharper than the current WRX STi despite preceding it by around 14 years. 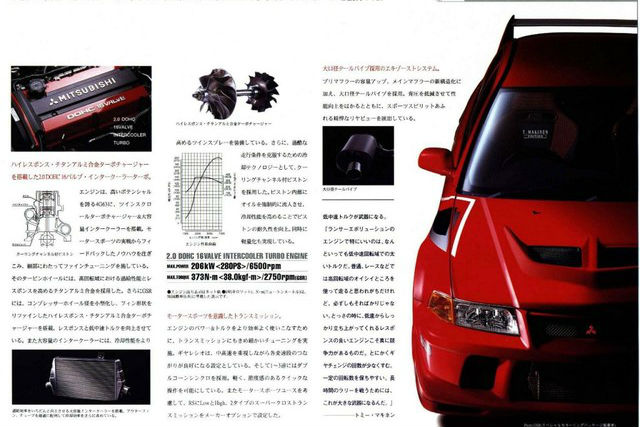 The jury’s still out on what the best Evo model was, but there’s definitely an argument that the Tommi Makinen Edition is both the most hardcore and the most special. It’s also one of the rarest particularly in its coveted red finish, and one of the most increasingly sought after.

For good reason, too. It looks the part and still drives amazingly after 14 years, and serves both to highlight how good Mitusbishi’s cars can be and as a sad reminder than the Evolution name no longer features in its line-up.

If you want one of these, particularly one with a mileage as low as this and that somebody hasn’t modified, you will have your work cut out for you. But for a car as good as this one, completely leaving its rally heritage to one side, it’d be more than worth the effort.