The Cars of Conor McGregor

Conor McGregor’s car collection includes some of the most expensive cars in the world. Check out what Irish MMA star is currently driving since making it in the UFC.

Conor McGregor is one of the world’s most ‘Notorious’ sporting figures. Since he burst onto the UFC platform he has amassed a net worth in the region of $22 million [Forbes]. Renowned for his lavish lifestyle, the Irishman owns an amazing multi-million dollar car collection. So let’s take a look at what he owns…

Watch the video below for some of McGregor’s best rides and knockouts!

The 28-year-old has owned his fair share of Italian luxury in the form of Lamborghinis. His ivory Lamborghini Aventador Roadster spits fireballs from the exhaust like a demonic dragon, his forest green Lamborghini Huracan Avio is the only one of its kind in Ireland and his lime Aventador has been nicknamed ‘The Mutant’. Three truly spectacular supercars to match the martial artist’s high octane style.

McGregor loves a Rolls. He’s been the very proud owner of a Dawn, Phantom Drophead and Ghost. The Rolls Royce Ghost is a £280,000 custom-made beauty with Team McGregor liveries on – maybe not the most classy, but hey what are you gonna do? 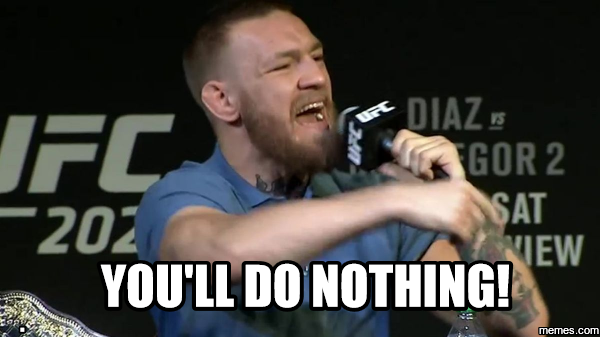 It's just me and me mate

“It used to take me 40 buses to get to the gym. Now I take 40 buses to the gym.” Maybe not 40, but Conor has been seen with numerous Range Rovers, which definitely add some brute force to his collection.

No modern car collection would be complete without an electric car, would it? McGregor has the German’s best effort at saving energy, the BMW i8. He can often be seen on Instagram flaunting it like it’s any other day. Lucky for some!

Like our article? Why not take a look at Floyd Mayweather's Car Collection