How Godzilla got his name: The history of the Nissan GT-R

It's one of the most revered and coveted names in performance car history, but how did the Nissan GT-R get its nickname?

Nissan’s GT-R is one of the most iconic performance cars of all time, beloved by tuners, racing drivers and auto fans alike.

The flagship of Japanese performance, the GT-R was until very recently as rare as it was remarkable, having never been manufactured outside Japan and with Hong Kong, Australia, New Zealand and later the UK its sole export markets until 2007.

Despite this, it’s become a legendary fixture in pop culture thanks to its planet-cracking performance and appearance in video game series’ like Gran Turismo and manga like Initial D. Having made cameos in no less than six of The Fast and the Furious films, and it was even illegal in the United States until 2008, allegedly because it was just too damn fast for police to catch…

Whether or not that’s exactly true doesn’t matter, because the GT-R and the Skyline family which directly preceded it are as legendary as the titular kaiju which lends the car its nickname: Godzilla. The Nissan GT-R is as much myth as machine and Japan’s premier pavement-shredder has eked out a name for itself for the past six decades as the last word in hardcore performance. 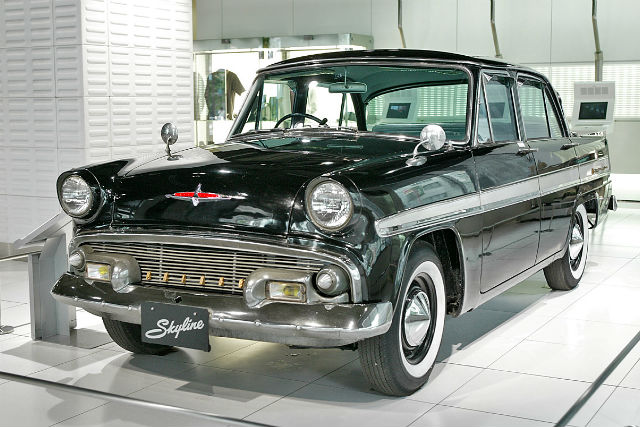 The GT-R can trace its lineage all the way back to 1957 in a Tokyo ward called Suginami. Post-WWII, the Tachikawa Aircraft Company, which had manufactured fighter planes for the Imperial Japanese Army Air Force, was dissolved and renamed Fuji Precision Industries.

After diversifying into the automotive industry, Fuji produced cars throughout the 1940s including the all-electric Tama, before undergoing several name changes and finally settling on Prince Motor Company. Named to honour Prince Akihito, now the Emperor of Japan, Prince would officially unveil the first Skyline model in 1957.

Despite the fact that the Skyline name is now best known in relation to performance cars, the original Skyline was built as a luxury saloon, although the first sporting version, the Skyline Sport, was introduced later in the year albeit with much more modest production numbers.

It was in the early 60s that the Skyline would first come to be associated with iconic movie monster Godzilla, after appearing in several of the Toho/Fuji Media films throughout the first few decades of the years. Although the Skyline was being stomped on instead of doing the stomping, that would all soon change in 1964 when Prince decided it was time to put a Skyline on a track.

Using the earlier Skyline as a base, Prince added on some major performance mods which included the addition of a 125 horsepower straight-six motor. An instant success in GT racing, the newly-titled Skyline 2000 GT was soon after put into full production in the Japanese market. 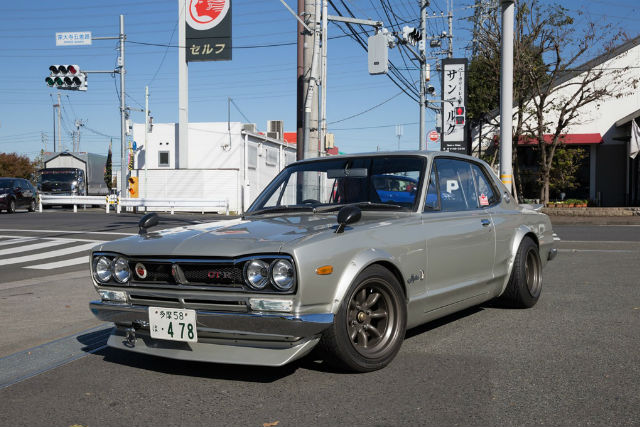 Following Japan’s attempt to rebuild its economy in the wake of the Second World War, the government decided to consolidate ten of its most successful automotive manufacturers into three umbrella companies in order to strengthen its car industry.

The idea was to eliminate competition in the Japanese domestic market, and in 1966 Prince was incorporated under the Nissan-Datsun brand, cementing the future for the Skyline and setting the table for what would become one of the world’s most-coveted performance vehicles.

Three years later and the first true high-performance version of the Skyline debuted at the Tokyo Auto Show: the Nissan Skyline 2000 GT-R. Powered by a detuned version of the same 2.0-litre inline-six engine from the R380 race car with an output of 160 horsepower, the first real GT-R was originally offered as a four-door saloon before the two-door coupe was introduced in 1971.

Like factory race cars, the 2000 GT-R was stripped of all unnecessary weight to improve its performance, and kick-started Nissan’s long-standing motorsport success after winning the 1969 JAF Grand Prix. Unfortunately, just as things started to look good for the GT-R, Nissan pulled the plug on it in the early 1970s in response to the international oil crisis. A new GT-R would not be seen for another 16 years.

After little success throughout the 70s, the GT-R came back strong in the 1980s during Japan’s bubble era. Large Japanese corporations, newly flush with cash thanks to rising stock and real estate prices, were more experimental than they had ever been and Nissan was no exception. 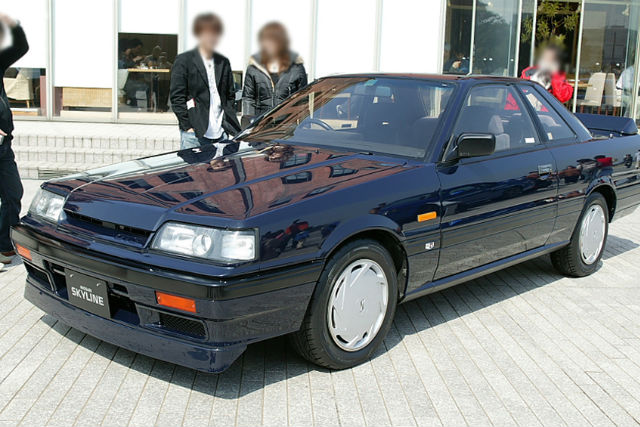 By 1985, production had begun on the first true modern GT-R, the R31 Skyline, which saw the reintroduction of the DOHC inline-six engine, this time with a total of 210 horsepower. Responses to the R31 weren’t as spectacular as Nissan had hoped, but not only did it set the precedent for the modern Skyline GT-R family’s shape for the next decade and a half, it directly preceded the R32 in 1989.

For the R32, Nissan took a new approach, complete with a new engine. Gone was the DOHC and rear-wheel drive setup, swapped instead for a 2.0-litre twin-turbo six-cylinder engine built by Nissan’s sporting wing, NISMO. Capable of producing a meaty 320 horsepower stock, the R32 also saw the introduction of four-wheel drive for the first time, which has been a mainstay on all Skyline and GT-R models since.

Not just that, but while previous Skyline models were produced as standalone cars with racing versions following later, with the R32 Nissan had planned a racing-spec model wearing the GT-R badge from the outset.

The GT-R moniker was sacred for Nissan at the time, having last been worn on the Skyline 2000 GT-R back in the late 60s and early 70s. Legend has it that chief engineer Shurei Ito didn’t reveal to anyone, even his own team, that this car would wear a GT-R badge until right before its debut, but the R32 was a car truly deserving of that most hallowed of nameplates.

Taking a “race on Sunday, sell on Monday” approach to its construction, the four-wheel drive system in the R32 GT-R was directly inspired by the Porsche 959, the most technologically-advanced car of its time and the first supercar to come with four-wheel drive as standard. 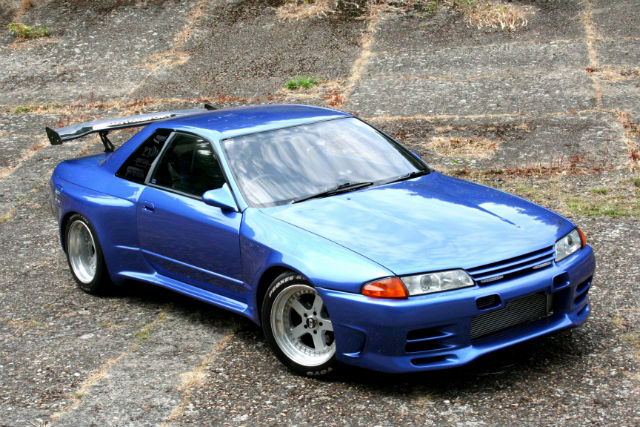 A legend is born

Like the 959, the R32 used a prodigiously complex electro-hydraulic clutch to split torque between the front and the rear, with a rear-biased setup to preserve grip out of the corners. A year after the R32 Skyline’s introduction, Nissan released the first GT-R Nismo in 1990, building 560 examples to homologate it, along with several other go-faster components, for Group A racing.

The car’s legend was starting to form, and it’s the R32 that cemented the GT-R’s ‘Godzilla’ nickname. From 1991, Australia was the GT-R’s first export market, and after it knocked the venerable Ford Sierra Cosworth off the podium at the Australian Touring Car Championship, Australian press started to refer to it as “Godzilla, the monster from Japan”.

By 1993, Nissan’s legendary city-stomper would evolve into the R33, with mild upgrades including slightly more aggressive bodywork, four-wheel drive as standard and slightly more power for the engine. After success racing at Le Mans, a 400 horsepower Nismo version was released in 1996, before the car was replaced in 1998.

It was the R33’s follow-up, the R34, that’s arguably the most legendary Skyline GT-R in history. Instantly recognisable, thanks in no small part to its all-star cameos in various videogames and The Fast and The Furious as Brian O’Conner’s ride of choice. 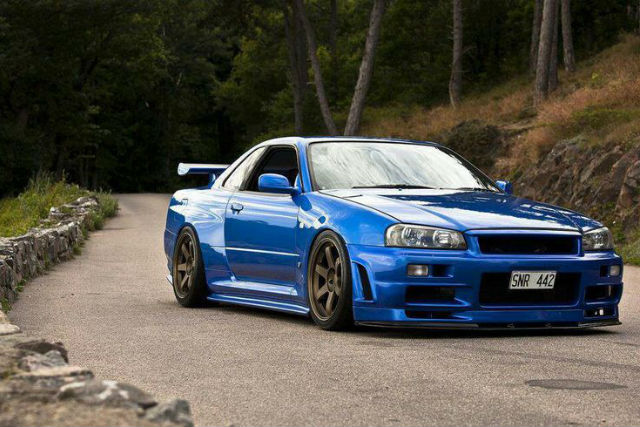 The ultimate tuner’s wet dream, the R34 was the culmination of more than a decade of competition, resulting in the most powerful, most technologically-advanced Skyline model yet. Its ceramic twin-turbo inline-six put out 280 horsepower in standard guise, but tuners like HKS and Mine’s were able to extract more than 800 horsepower from the car.

Four-wheel drive was standard, of course, along with a multifunction LCD display that displayed important engine and performance data right in front of the driver. Of all Japan’s supercars, the R34 also was one of the most legendary thanks to its extreme elusiveness.

From the R32 onwards, the Skyline GT-R had been banned in America, not due to speed unfortunately, but due to emissions regulations. As a result, if you wanted one you had to be prepared to deal with all sorts of premiums, bureaucracies and paperwork, and for many the R34 remained a unicorn, a vain hope unattainable anywhere except in the dreams of performance car fans.

The top version of the R34 was essentially just an evolution of the R33 GT-R, with a much sharper design and an improved chassis that was developed on Germany’s famous Nürburgring Nordschleife circuit. Along with its incredible popularity and motorsports success, the R34 even held the track record for production cars on the Nordschleife until the Porsche 996 911 Turbo came along, and production officially ceased in 2002.

Although a concept was shown in 2001, it would take five years for the GT-R to make its return in its final (so far) and current format, the R35. By this point, the GT-R had dropped the Skyline moniker but nonetheless paid considerable homage to its heritage via its styling and attitude. 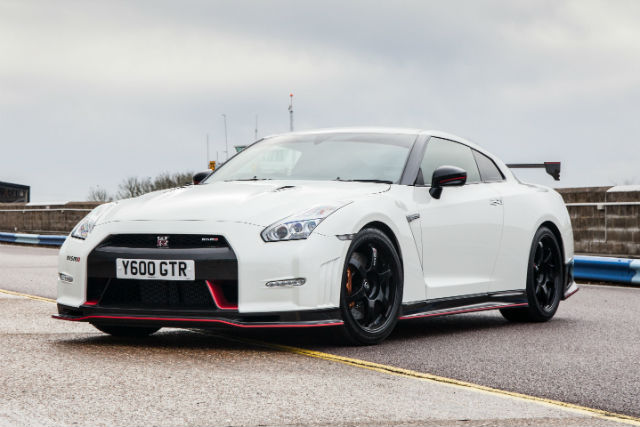 Also gone was the venerable inline-six, replaced instead by a twin-turbo V6 that’s hand-built by only a handful of Nissan’s most experienced NISMO engineers. Good for north of 526 horsepower in its most recent incarnation, the R35 GT-R is capable of destroying the 0-62mph sprint time in less than two and a half seconds, making it one of the fastest accelerating cars on the planet.

Packed with cutting-edge technology and still carrying that incredible four-wheel drive system, the current Nissan GT-R isn’t just powerful; it’s smart too. Nissan’s engineers have constantly updated it over the years as well to further refine it and keep its performance razor-sharp. Even when compared to a multitude of more modern super and hypercars, the GT-R still more than holds its own.

Given that the current R35 GT-R has been on sale for nearly a decade now, it’s likely that’s finally reaching the end of its lifespan, and there are already rumours spreading about what its next incarnation will look like.

Many have suggested that it will be hybrid-powered in response to the rise of hybrid performance cars like the hypercar Holy Trinity, BMW’s i8 and more, while it’s thought to produce as much as 800 horsepower in its standard guise. One thing’s for certain, Godzilla will return and it will be suitably atomic.

Find prices for the Nissan GT-R