In terms of the most iconic brand logos of all time, the Ferrari prancing horse is easily up there with the McDonald's golden arches and the Nike tick. But while these days companies pour hundreds of hours’ worth of market research into drawing up consumer-friendly logos, the origin of Ferrari’s is infinitely more interesting and unexpected.

In fact, the black horse on a yellow background has absolutely nothing to do with cars whatsoever, and instead stems from Count Francesco Baracca, the most decorated Italian fighter pilot of the First World War.

Baracca was born in 1888 into a wealthy family in Northern Italy and was destined to join the Italian cavalry after graduating from the Military Academy of Modena. Somewhere along the line after several years in the cavalry, he swapped his horse for a desire to fly and travelled to France to become a pilot. 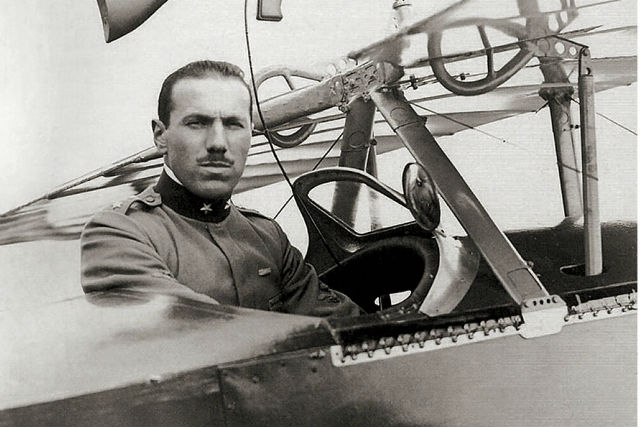 The Cavalier of the Skies

By the summer of 1912 Baracca became a fully qualified pilot, serving in the Corpo Aeronautico Militaire. When the assassination of Archduke Franz Ferdinand, heir presumptive to the Austro-Hungarian throne, precipitated the beginning of the First World War, Baracca soon found himself called up for action.

Although his opinion on Italy’s involvement in the War was neither here nor there, he was sent back to France to train in a new fighter plane and scored his first confirmed kill and the first Italian air-to-air victory ever in 1916 during a daring close-range dogfight with a German reconnaissance plane.

News spread quickly of Baracca’s ability and to commemorate his newfound status as Italy’s premier flying ace, he had his aircraft painted in order to distinguish him from the rest of the pilots in his squadron. 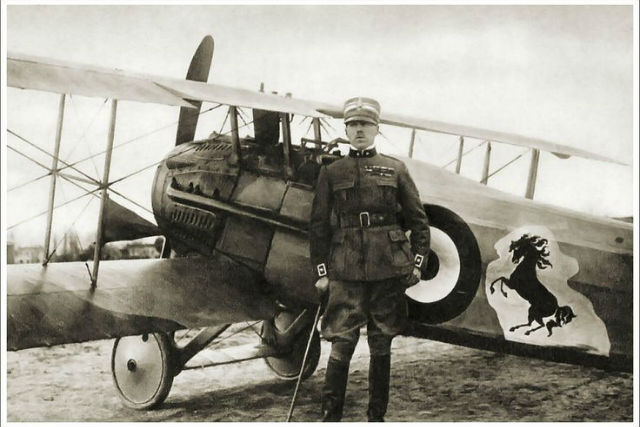 Baracca chose a black prancing horse, copied from the wreckage of the Stuttgart-based aircraft he shot down, the same horse that would later feature on the logo of Stuttgart’s most famous carmaker, Porsche. As well as commemorating his first airborne victory, the horse also paid tribute to his former role in the cavalry and soon earned him the nickname of the “Cavalier of the Skies”.

By 1917 he had become known as the finest pilot in Italy and was made commanding officer of the 91st Squadron which was named “Squadron of the Aces” thanks to the number of elite pilots that made up its ranks.

Over the course of the war Baracca would continue to fly with distinction, tallying up both individual kills and shared kills with his fellow pilots until he became the pilot with the highest kill count in all of Italy with a total of 34 confirmed kills and many more unconfirmed.

However, his luck wasn’t to last. In 1918 Baracca was sent with his squadron on a mission to attack enemy positions in Austria, with Baracca choosing a rookie pilot as his wingman. Soon, the two became split up by ground fire peppering their planes and Baracca’s fighter tumbled from the skies in flames. 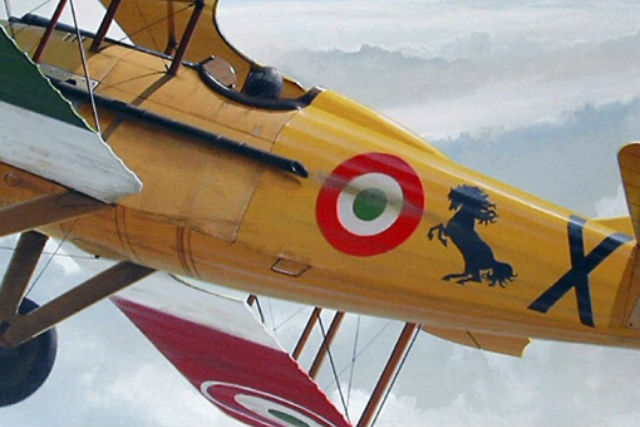 "It will bring you good luck"

A few days later the Italian troops successfully forced the Austrians out of the area and Baracca’s body was recovered with a gun in his hand a single bullet hole in his head. Accounts of exactly what happened differ, but Baracca remains Italy’s most decorated fighter pilot to this day.

Five years afterwards a young racing driver from Modena called Enzo Ferrari met a pair of spectators after claiming victory at a race in Ravenna. The pair, an elegantly dressed husband and wife, revealed themselves as Baracca’s parents and had requested to speak with Ferrari after watching him drive on the race track.

Enzo would only publicly speak of the conversation once, saying: “In 1923, I met Count Enrico Baracca, the hero’s father and then his mother, Countess Paolina, who said to me one day, ‘Ferrari, put my son’s prancing horse on your cars. It will bring you good luck.’” 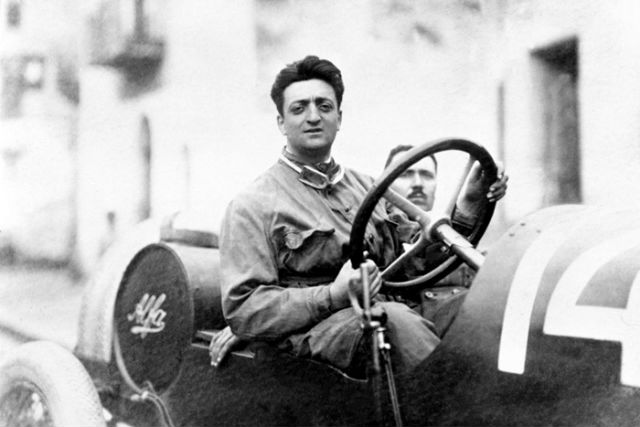 Ferrari would make Baracca’s prancing horse the emblem of his racing team in 1929, with the horse painted black and the background bright yellow in mourning of the pilot and as a hat-tip to the yellow and blue flag of Ferrari's hometown Modena.

The Countess must have been correct about it bringing him luck, as Ferrari went on to become one of the most successful racing drivers of his era, before turning his talents to engineering and founding the most successful Formula One manufacturer of all time and arguably the world’s most iconic sports car brand.

These days the prancing horse adorns carbon fibre and metal instead of the canvas and wood fighter plane it once flew on, but it’s a touching detail and truly fitting that its legacy has been passed from one of Italy’s greatest heroes to another.