Midnight in Tokyo’s Shuto Expressway, a 70km stretch of tarmac that traces the shoreline of Tokyo Bay. Lanes, three or four abreast, illuminated in the orange haze of sodium streetlights, the peace broken only by the occasional late-night street sweeper at work.

You could hear them before you could see them, which, given the extent of their wild modifications, was an impressive feat. The silence of twilight splintered with the sound of highly-strung, highly-tuned engines, a dozen modified cars thunder past at savage velocities, their taillights ribbons of blazing crimson slashed temporarily across the still night air.

They were the members of Middo Naito Kurabu, also known as the Midnight Club. One of the most well-known and highly-respected group of illegal street racers in the world, the gang shot to worldwide infamy thanks to its combination of dangerously high racing speed and aggressive driving styles, but also for its clandestine operations and strict code of ethics. 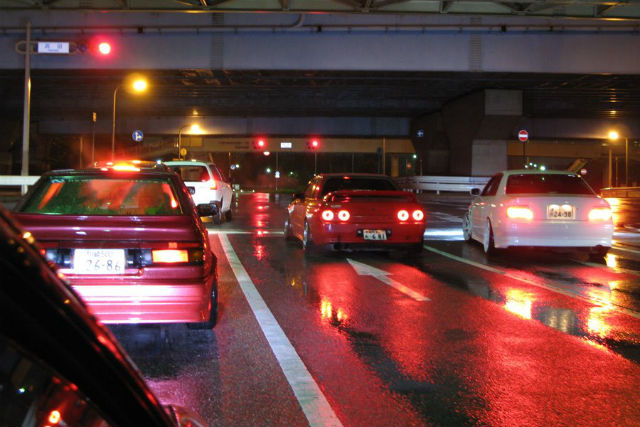 Originally regarded as criminals, the Midnight Club became the darling of the burgeoning tuner scene and featured in hundreds of editorial features as leading car magazines like the UK’s Max Power aimed to capture and glorify the gang’s high-speed, high-adrenaline activities and semi-mythical existence.

Formed in 1987, membership of the Midnight Club was not easy to obtain. The absolute minimum requirement for a hashiriya street racer to join was to own a car that was capable of going at least 160mph, and competitive drivers were expected to be able to achieve racing speeds of 200mph or more on Tokyo’s public highways.

At the time, all vehicles in Japan were electronically limited by law to a top speed of 112mph, and so members were also expected to have a high degree of mechanical know-how in order to boost their cars’ performance. Would-be Midnight Club racers were first accepted as apprentices for a year, during which time they were required to attend all of the club’s meetings without absence.

The club was bound by a strict moral code which dictated that members must refrain from putting any other motorist in jeopardy, regardless of whether they were a fellow racer or an innocent bystander and, despite operating outside of the law, the Midnight Club was highly regarded as a gang which put pedestrian safety far above their own. 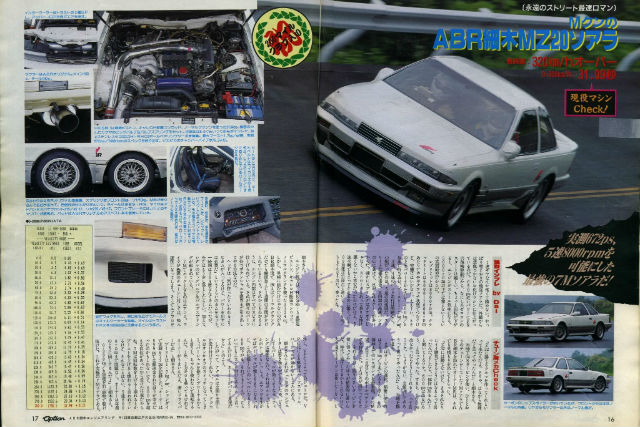 Such was the sheer skill level required to safely pilot a car at Vmax speed on public streets, only one in ten prospective drivers would qualify for full membership. Any member would be made to immediately leave if they were deemed to pose a danger to other road users or to other members of the gang.

The exact number of members is unclear but it’s estimated that there were around 30 hashiriya in the club at any one time, with racers meeting in designated spots around the Bayshore Wangan route between Tokyo and Yokohama at midnight.

While other gangs of street racers competed in drifting or point-to-point racing events, the Midnight Club specialised in one thing only: top speed. Races usually started at speeds of at least 75mph with the event officially started by one of the cars sounding its horn. Afterwards, the drivers would meet up and discuss the details of the race.

Winners were usually judged to be the first car that was fast enough to completely lose the rest, while one anonymous club member was reportedly once overheard saying: “Drifting and autocross is for the weak. We only do maximum velocity.”

The incredibly high standard of the drivers’ abilities made it difficult for authorities to catch them, and as police cars of the time were limited to the same top speed as any other car in Japan, police simply found it impossible to keep up with the Midnight Club racers. 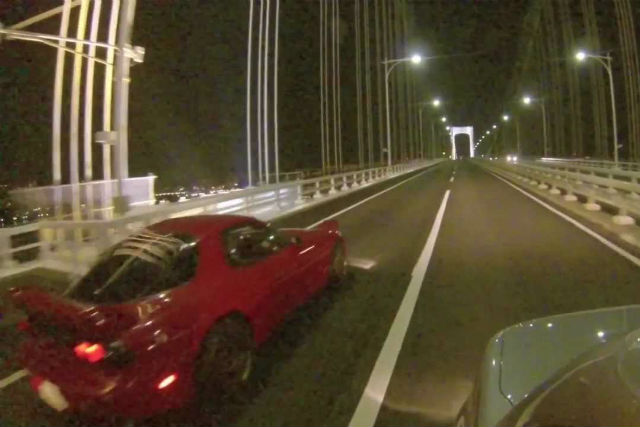 Club rules also forbade members from revealing any personal information about themselves, and in the event that some members were friends outside of the club they were required to keep silent about it. The professions of only two drivers were unveiled in a 1995 Max Power article, which stated that one was a property developer, while the other ran a car dealership.

Despite the fact that the gang and its operations were shrouded in secrecy, and that their identities have never formally been unveiled, it’s widely rumoured that the founders of many of today’s top Japanese tuning companies were original members of the Midnight Club.

There were heavy penalties for any outside drivers who attempted to cash in on the gang’s rising infamy by displaying lookalike stickers, with unauthorised racers facing harassment and the infliction of vandalism on their cars. In the Midnight Club’s heyday, there were many reports of non-member vehicles being destroyed because they were found wearing club stickers. 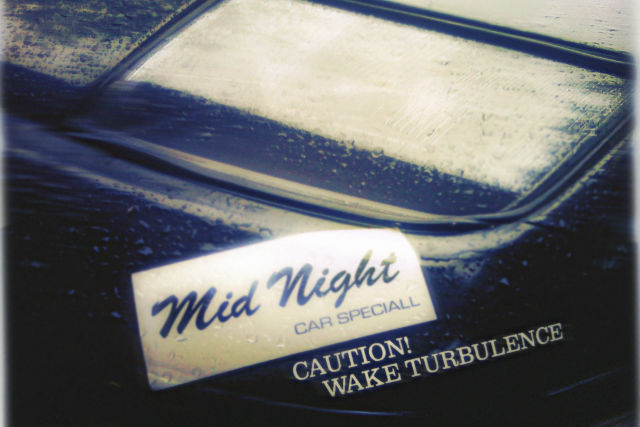 Meetings were organised on a clandestine basis too. In an era before the widespread use of the internet, the gang would organise races via the classifieds section of local Tokyo newspapers. In order to avoid unwanted attention, the time and location would be hidden among an innocuous-looking advertisement, for example for the sale of discount handbags.

Members would be briefed on what to look out for at previous meetings, and would meet at the scheduled spot to organise races. The Daikoku Parking Area was the most often used place for designated club meetups, and even today it remains a spot akin to the Mecca of the Japanese modified car scene.

Given that each member’s car had to be capable of maintaining speeds of over 200mph along the Wangan expressway for extended periods of time, each was usually highly modified to make anywhere between 400 and 600bhp.

Members’ cars included some of the most iconic JDM tuner cars of all time like Mazda RX-7, Toyota Supra and the R32 Skyline GT-R. The most famous of the Midnight Club’s cars, however, was a highly-modified Porsche 911 Turbo nicknamed the Blackbird. 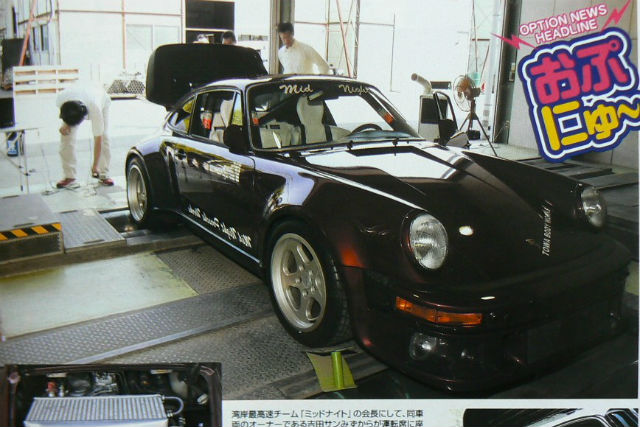 The Blackbird was the fastest car in the group and was owned by the Midnight Club’s anonymous leader, who was rumoured to have originally trained as a doctor. Its owner was rumoured to have spent more than $2 million rebuilding and modifying the 911, which bore an aggressive Auto Garage TBK bodykit.

With an output of 700bhp courtesy of a stroked 3.6-litre turbocharged flat-six engine, the Blackbird was capable of maintaining a top speed of 217mph for well over 15 minutes at a time. For context, the new Bugatti Chiron hypercar can maintain its top speed of 261mph for only nine minutes before its tank empties and its tyres disintegrate.

Considering that many of the Midnight Club’s cars were essentially home-brew vehicles, the outrageous performance and reliability of their machines, which still better all but the best of today’s supercars and hypercars twenty years later, was incredible.

It was this prodigious mechanical skill and the over-engineered appearance of the racers’ cars which originally enamoured car fans the world over and introduced a generation to the JDM scene, with the gang’s activities influencing everything from manga books to anime series and the Midnight Club videogames which bear the team’s name in homage. 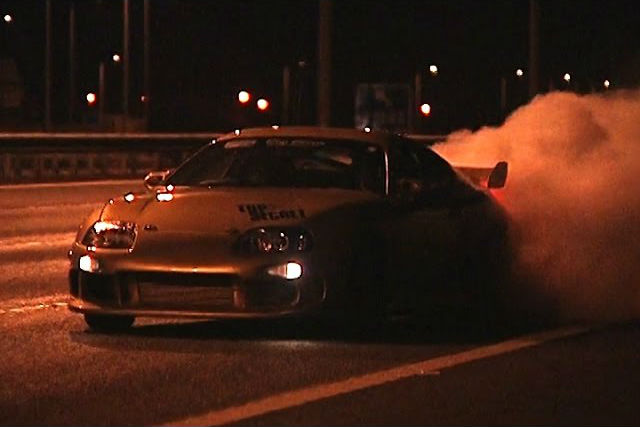 The Midnight Club officially disbanded in 1999, following a horror crash that hospitalised six innocent motorists. Members of a Tokyo Bōsōzoku gang, an outlaw biker group inspired by American motorcycle clubs and which revelled in intentionally scaring motorists by riding their motorcycles recklessly, had decided to try and mess with the drivers.

As the racers tore down the expressway, the Bōsōzoku were waiting for them. Forcing some of the members into a high-traffic zone, the interference of one of the Bōsōzoku bikers culminated in a huge chain-reaction collision which claimed the lives of two of the bikers and put two Midnight Club drivers and six civilians in hospital.

Club policy dictated that endangering innocent drivers was the ultimate offence, and so the gang permanently disbanded with immediate effect. Although the Midnight Club had been a significant source of stress for Tokyo authorities for many years, members were highly regarded for their strong sense of morality and honour post-disaster.

All members have since secluded themselves to secrecy with most flat-out refusing to talk about, or even mention, the club under any circumstances. The Midnight Club’s legacy lives on around the world, but the original hashiriya racers continue to exist as anonymously as they did in their heyday, top secret lives dedicated to the eternal pursuit of top speed.