Should the UK speed limit be raised to 80mph?

For more than fifty years now, the uppermost speed limit on Britain’s motorways and dual carriageways has been set at 70mph, but many claim that it should be raised.

After all, half a century is a long time and automotive technology and safety features have come on lightyears since then. Some campaigners claim that the 70mph is outdated and tout the benefits of an 80mph limit, but would raising the restriction really benefit motorists?

The 70mph limit was first imposed on motorways in 1965, during a four-month trial period that was introduced to cut the high number of accidents after Britain’s first motorway, the M1, was opened in 1959.

Officially made permanent in 1967, the limit was at the time deeply unpopular and hundreds of drivers attended demonstrations at Newport Pagnell service station on the M1 to protest against the new law. 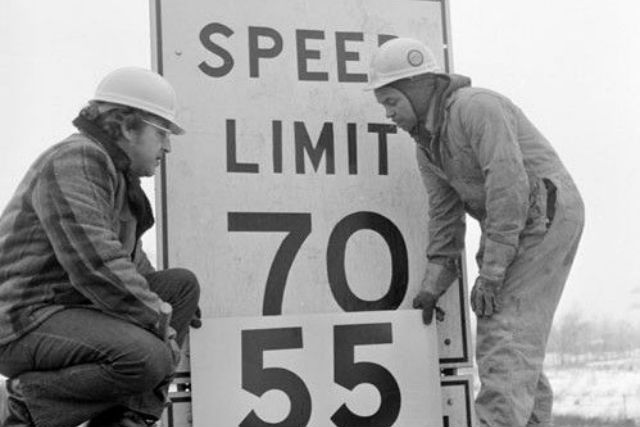 Prior to this, British motorways had derestricted speed limits that operated in much the same fashion as certain portions of Germany’s autobahn, where cars are free to travel as fast as they want.

According to rumour, the introduction of the 70mph limit was actually precipitated by American racing driver and tuner Carroll Shelby, who conducted a high-speed run of his Shelby AC Cobra on the M1 motorway back in 1964.

Shelby specifically took the car to Britain due to the fact that it had derestricted limits, and test driver Jack Sears recorded a top speed of 185mph on the motorway during the early hours of June 11th.

Technically the team had done nothing wrong as there was no limit, but when it was accidentally leaked over a lunchtime discussion in a Fleet Street bar, the press caught wind of it and sparked outrage, claiming that it was irresponsible and unsafe.

Although it makes for a good story, the Minister for Transport at the time, Barbara Castle, claimed that Shelby’s testing had no influence on the introduction of the law, and that it instead came as a result of research from the government’s Road Research Laboratory.

By 1967, statistics showed that not only had the new limit cut motorway casualties by 20 per cent, but 61 per cent of Britons were in favour of the restrictions in spite of the initial protests.

Of course, the argument goes that the 70mph limit was introduced in a time when cars’ brakes were significantly less powerful than they are now, meaning that drivers using modern vehicles will be able to stop much quicker in the event of an emergency.

In fact, the Alliance of British Drivers (ABD) has gone so far as to call the current limits “outdated”, and has called for the revival of proposals to increase the motorway speed limit to 80mph.

The ABD claims that there have been “substantial improvements” made to both vehicle and highway engineering in the five decades since the original limit was introduced, and added that drivers are now more accustomed to motorway driving than they previously were.

It points to the fact that the majority of other EU countries have motorway speed limits set at 81mph, and claimed that increasing the limit would improve the flow of traffic and even bring economic benefits. 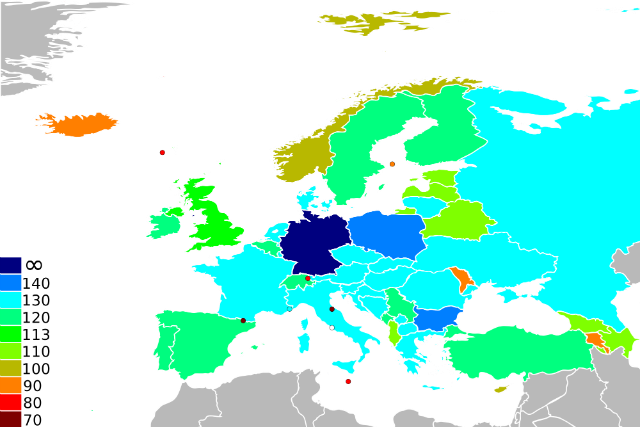 Ian Taylor, director of the ABD, said: “50 years after it was introduced, the 70mph speed limit has long lost the respect of the majority of drivers. The Government should increase the limit to 80mph without further delay, to bring it into line with modern safety standards and most other EU countries.”

He added: “This should be followed with a thorough review of speed limit policy, reinstating the 85th percentile as the basis of setting local speed limits, to encourage the greatest compliance, lowest spread of speeds and minimum accident risk.”

The government has toyed with the idea of raising speed limits for a number of years, with then-transport secretary Philip Hammond first floating it back in 2011. After a bit of debate, the government announced in 2012 that it would trial the new limit, before the plans were cut short in 2013 after being deemed not high enough on the priority list.

Since then, the notion of an 80mph limit has been batted around here and then but with not much attention paid to it, but despite the fact the limit remains at 70, many drivers consider 80mph to be the de facto speed limit.

In 2013, Department for Transport statistics showed that nearly half of all cars, vans and motorcycles broke the 70mph limit on British motorways, leading the AA to claim that the effective speed limit is now 80mph.

AA President Edmund King said that because motorists know they’re unlikely to be prosecuted for it, it’s virtually accepted as the common law speed limit, while the ABD argued that it’s an indication of “irrelevance to modern conditions”.

A report from the Institute of Economic Affairs also claims that raising the speed limit could benefit the economy, alleging that particularly limits imposed on lorries and goods vehicles causes “substantial delays and productivity losses”.

In the UK, 70 per cent of freight is transported via the road network, and the Institute says that faster limits would have a significant impact on the wider economy by speeding up freight transport, and also improve safety.

Given that a high proportion of accidents on the motorways come as a result of dangerous overtaking manoeuvres on behalf of delayed and frustrated motorists, raising the limits could reduce the number of collisions.

Of course, the biggest argument against raising the speed limit on the motorway is that if drivers are legally allowed to do 80mph, wouldn’t they be more tempted to push that to 90mph, 100mph or higher? 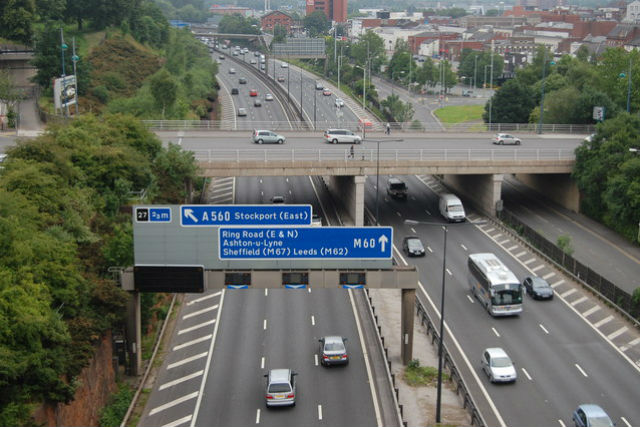 The Institute of Advanced Motoring claims that pushing the limit up by 10mph would see average traffic speeds increase, meaning that accidents would be significantly more severe and thereby would lead to more people killed or seriously injured.

Not all of the UK’s motorways are built to ideal standards, the IAM claims, and many have sections with limited sight lines and tight curves, along with slip road designs that mightn’t be able to deal effectively with a higher speed limit.

Although the Institute notes that the introduction of new ‘smart’ motorways which set limits according to traffic flow and density could cope with a higher limit, blanket enforcement of an 80mph speed limit would, at present at least, be unfeasible.

British motorways are the most congested in Europe, the IAM adds, and the Institute claims that few drivers are actually able to achieve 70mph for extended stretches of time, meaning that any change in the limit is unlikely to affect motorists all that much on their daily commute. 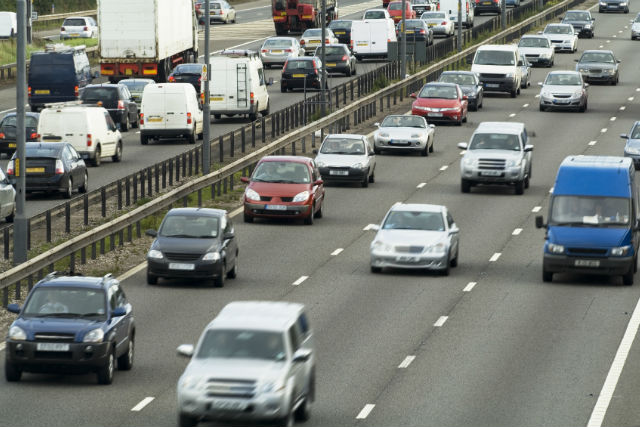 Edmund King, president of the AA, also noted that flexibility on the motorways could make drivers more willing to break speed limits elsewhere, for example in 30mph zones where an increase in speed is statistically much more dangerous.

“If drivers are of the opinion that there is some flexibility around speed limits, the danger is when it comes to lower speed. We don’t want drivers to have that same flexibility,” he said.

Nearly half of all drivers in the US drive at 15mph over the speed limit “regularly”, according to research from the AAA, America’s analogy to the AA. Despite this, fatal crashes in the country have dropped 20 per cent in the past 17 years.

All the same, a 2009 study published in the American Journal of Public Health claims that when speed limits go up, so do the number of people killed. The number of collisions and incidents may stay similar, but due to the increased speed the likelihood of one of those incidents proving fatal also increases.

When speed goes up, do fatalities?

Between 1995 and 2005, the study estimates that 12,545 deaths and 36,583 injuries in the US could be directly attributed to speed limit increases, while the number of deaths on rural roads jumped by 9.1 per cent when speed limits were raised.

In spite of any benefits to the economy, raising the speed limit would come with a fairly significant upfront cost as well. For a start, the entire motorway network would need repainted and to have its road signs changed, while infrastructure improvements would be necessary to facilitate faster speeds.

The bill could easily run into billions of pounds, and would also mean that major routes would need to be heavily disrupted to accommodate roadworks. Faster cars means that maintenance costs will increase too, particularly given Britain’s unique climate necessitating road repairs more often anyway.

Driving faster means that drivers will go through fuel quicker as well, with some estimates claiming that upping the limit to 80mph could increase fuel consumption by as much as 31 million litres, costing around £34 billion according to current average petrol prices.

Perhaps the best chance drivers hoping for an extended speed limit will be in the introduction of more smart motorways, with work currently underway to expand the scheme to a 15-mile stretch of the M62 near Bradford and Leeds. 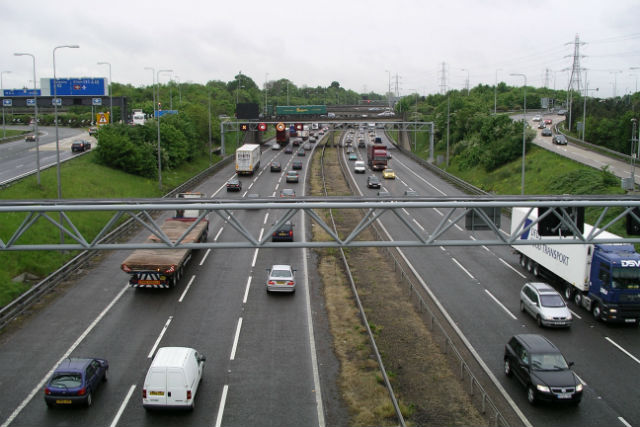 Given that smart motorways will be upgraded to cope with higher traffic flows and will be able to autonomously adjust speed limits, it’s possible that parts of the network could see an increase in the speed limit similar to stretches of Dutch motorway.

Speaking to The Times last January, transport secretary Patrick McLoughlin said that the government will look into 80mph limits “in a couple of years' time when there's more smart motorways.”

While also expressing concerns for ‘over-zealous’ policing of the existing 70mph limits, Mr McLoughlin added: “Once we get smart motorways up and running and we get the free-flow through, and we get better running on motorways, I think it is something that's there.”

Whether or not the limits will be raised remains to be seen, and it’s still a source of hot debate amongst motorists. But for the time being at least, it looks as though British drivers will have to accept the 70mph limit, no matter how capriciously it’s enforced.