Work has started on what will be the UK’s first electric vehicle-only. It will be introduced as part of the Nottingham Eco-Expressway, which begins construction next summer and is scheduled to be ready by late 2017.

The Eco-Expressway is set to be a six-mile adaption of an existing route into Nottingham, and it will cost £6.1 million to build. The project is being funded by the Derbyshire and Nottinghamshire Local Enterprise Partnership.

As part of the changes to this route, a new bus lane will be integrated in each direction which will be reserved for electric vehicles only. Not only will fully-electric buses make use of this lane, other electric vehicles will be allowed access to it as well. 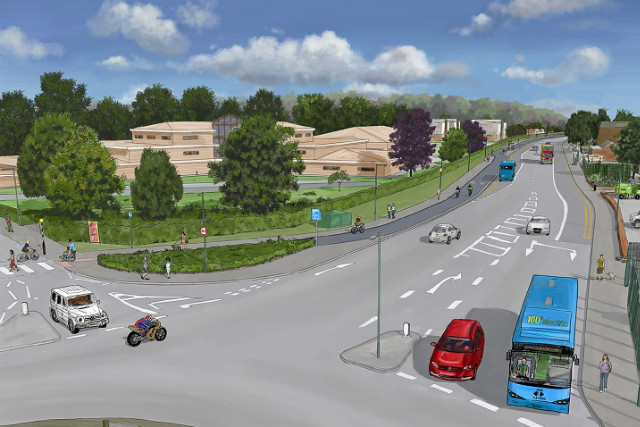 Separate lanes dedicated to cyclists and conventional cars will also be integrated into the Eco-Expressway.

Nottingham city council says the new Eco-Expressway will improve the city’s air quality and promote sustainable transport. Some campaigners have said the Eco-Expressway will need close monitoring though, as they fear the new electric-only lane could end up getting clogged up with zero emission vehicles.

Still, this news is another intriguing sign as to how local councils are trying to integrate electric cars deeper into everyday British motoring. It follows the recent announcement that an extra 400 electric vehicle public charging points will be installed in London before the end of this year.