March 25th will see the release of Batman v Superman: Dawn of Justice, the long-awaited follow-up to Man of Steel. Superman is set to face off against the Dark Knight of Gotham in an epic hero versus hero clash with the fate of the world hanging in the balance.

Among the many things fans will be looking forward to, in addition to the first look at Ben Affleck in the famous cape and cowl, will be the new Batmobile. One of the most iconic fictional vehicles of all time, the Batmobile serves as Batman’s primary method of transport and mobile base of operations when he’s patrolling the streets of Gotham City.

Designed and manufactured single-handedly by Batman, the Batmobile has earned its fearsome reputation as Gotham’s apex predator. Built using a combination of skunkworks military technology and civilian performance car kit, it’s capable of a 205mph top speed and features an imposing array of weapons, including twin .50 caliber machine gun turrets and anti-ballistics systems. 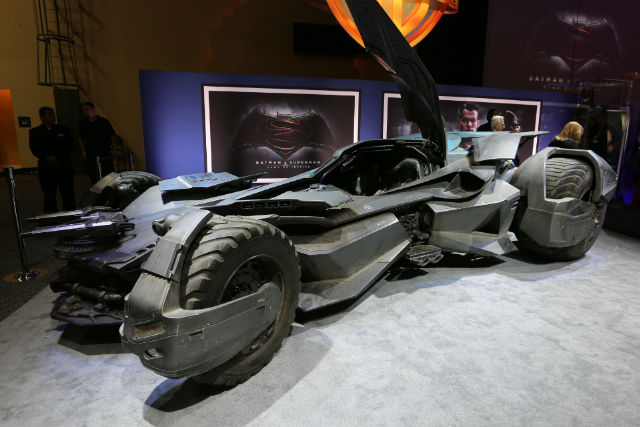 For Batman, having some method of quickly and effectively traversing the city’s roadways makes a whole lot of sense. But what if Superman had to drive a car too?

Now, we know what you’re thinking. Why on earth would Superman need a car? Unlike the all-too-human Batman, he’s invincible, super strong and capable of flying at hypersonic speeds, so what possible benefit could a vehicle give him?

Well, believe it or not, this wouldn’t actually be the first time that Superman had a car. March 1978 saw the debut of the original Superman car with Action Comics #481, which ran with the title “It’s A Bird… It’s A Plane… It’s Supermobile!”

What car would Superman drive? 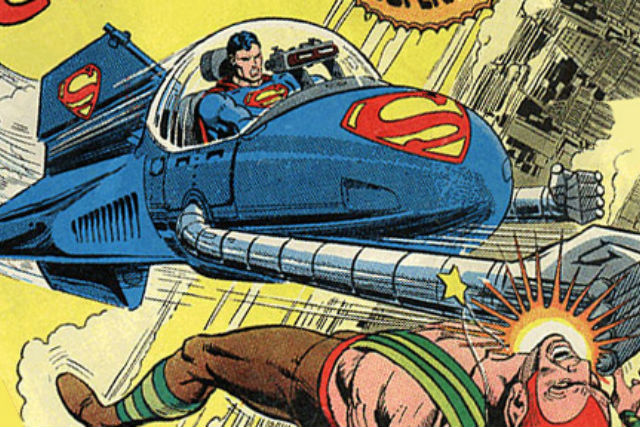 Stripped of his superpowers when the android Amazo blasted him with a wave of red sun radiation, the Man of Steel found himself in a particularly vulnerable position. The solution was to create the Supermobile, a vehicle which could duplicate his former powers and keep him safe from harmful radiations.

Constructed of the neatly-titled Supermanium, an extremely hard metal forged in the core of a star, the original Supermobile came with robotic hands to grapple enemies, plus a scope that could be adjusted to replicate Superman’s X-ray, heat and telescopic vision.

The Supermobile was also fully capable of flight, while jets designed to imitate his super breath featured along with a monitor and advanced communications array that substituted for his super senses.

Of course, the original Supermobile was dreamed up in an era when comic books were subject to far more flights of fancy than would generally be allowed by audiences these days but there are still plenty of modern examples where Superman has ended up without his powers. 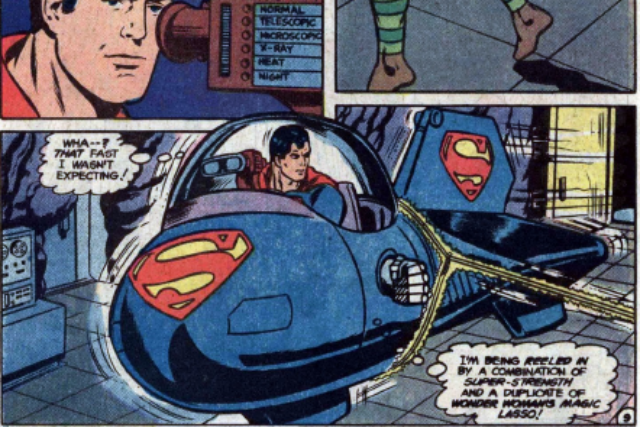 In Man of Steel, the Kryptonian atmosphere in General Zod’s flagship, the Black Zero, causes him to weaken, while Frank Miller’s seminal The Dark Knight Returns sees Superman nearly killed by the detonation of a nuclear bomb. The same comic saw him severely wounded after being hit by a Kryptonite-tipped arrow, while even the Smallville TV series saw Clark Kent lose his powers several times.

It stands to reason, then, that a man who has dedicated his life to protecting the human race at all costs wouldn’t give up even if he lost his powers. So, if Superman were to drive a car today, what would it look like, what features would it have and how would it stand up against the famous Batmobile?

To answer that question, Car Keys decided to investigate and see what a modern vehicle for Superman would be like, and if it could stay within the boundaries set by the Man of Steel film. The result is the modern Supermobile: the Car of Tomorrow for the Man of Tomorrow. 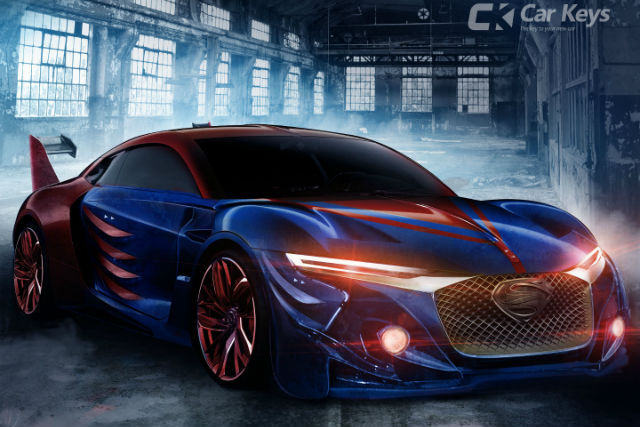 Embed this Supermobile Concept image on your site!

Just copy and paste the code below

Its surface is fully armoured with metal of Kryptonian origin, harvested from the hull of the Fortress of Solitude scout ship which housed Superman’s costume in Man of Steel. This makes the car extremely resistant to damage.

It’s not quite as impervious as Superman’s skin, but is tough enough to deflect virtually any conventional human weapon and is also capable of self-repair in the event that it does become damaged. Having learned from his encounter with General Zod, Superman has also outfitted the car with a unique shielding system to protect from the effects of harmful radiations or from Kryptonite.

Like Superman himself, it’s powered by the energy of Earth’s yellow sun, which powers an advanced motor adapted from the warp drives that propelled the Kryptonian scout ship through hyperspace.

Although it isn’t as fast as Superman when he can fly, top speed clocks in at a hugely impressive 212mph, and provided it has access to enough solar energy, it can run without ever having to refuel. 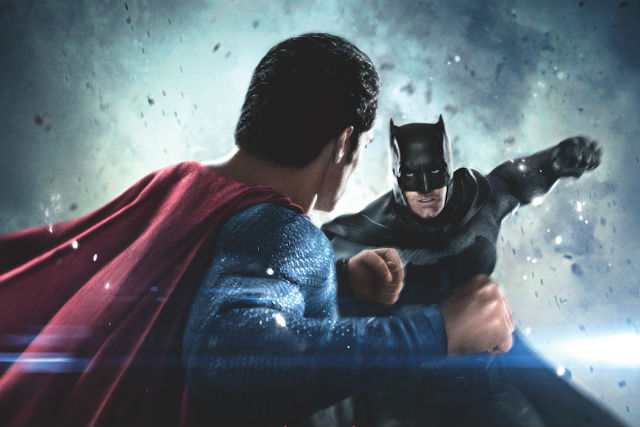 All that power means that the Supermobile needs various aerodynamic enhancements to stay stable at speed, with a number of aero vents, scoops and buttresses on the exterior, plus twin rear wings to generate downforce.

Decorated on the surface with Superman’s iconic red and blue colour scheme and featuring the famous S-shaped glyph of the House of El on the bonnet, the modern Supermobile also features upholstery inside made from the same Kryptonian material as Superman’s skinsuit.

As with the Batman vs Superman Batmobile, and like the original Supermobile, this modern version also features a range of trick features to help Superman out in the event that he’s depowered. Most obvious are the twin lasers mounted under the headlights, which can channel the sun’s energy into either a fine cutting beam or a powerful concussive blast.

It also features a series of cameras dotted around the hull, which can analyse all possible frequencies of the electromagnetic spectrum, and which can display a virtual approximation of Superman’s X-ray vision on a touchscreen mounted inside the cabin.

Batmobile vs Supermobile, who would win? 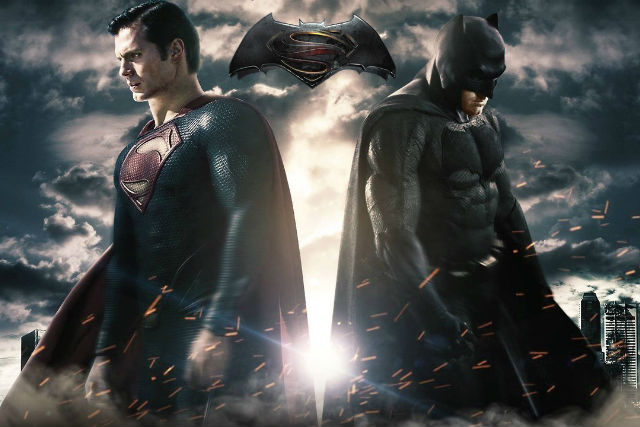 As imposing as the Batmobile is, on paper at least the Supermobile would appear to have it outclassed. Its machine gun turret might be perfect for blasting debris out of the way or disabling a regular bad guy’s car, but up against high-strength Kryptonian metal alloys even .50 caliber rounds might have difficulty finding purchase.

Top speeds for both cars are similar, with the Supermobile inching just ahead in a straight-line drag race, but given that Batman will have a much better awareness of the streets of Gotham, it’s possible that he could outrun the Supermobile by evading him in the side streets.

That said, even the Batmobile’s impressive stealth capability and array of active protection systems would have trouble hiding from Superman’s detection systems, taking much of the wind from the traditionally stealthy Batman’s sails. 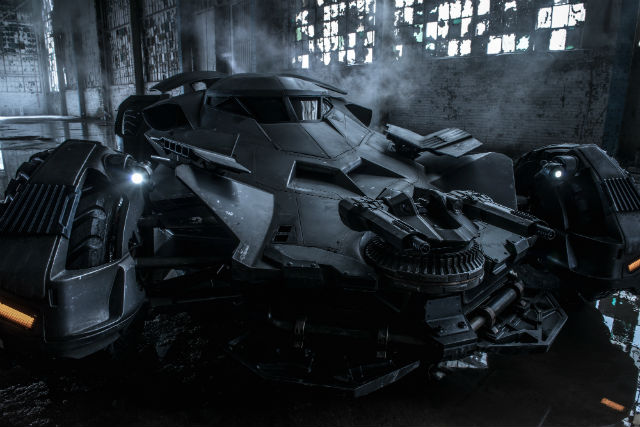 Let’s not forget that the Supermobile has a deadly weapons system in the form of its twin laser cannons. Given that General Zod was shown to be able to slice straight through skyscrapers with his laser vision in Man of Steel, even the armoured Batmobile probably doesn’t stand that much of a chance.

The first time around, we’d give the victory squarely to Superman, but a rematch might be a different story. Given Batman’s famous ability to prepare for any eventuality, it’s more than likely that if the two came to blows again he’d have some sort of trick up his sleeve to disable and disarm the Supermobile.

But who do you think would win in a battle between Batman and Superman? Why not let us know your thoughts by joining the discussion on our Facebook and Twitter pages!