What can we expect to see from cars on sale in the next 50 to 100 years? Though we can’t say for certain, there are certain concept cars released within the past few years which gives us indications as to how manufacturer think their products will change.

Since they are at the forefront of this industry and constantly assess how it develops, current car manufacturers are some of the most qualified groups to predict what future cars will look like and feature.

Here is some of the most exciting and mind-boggling technology we anticipate future cars will offer in the next fifty years and beyond. 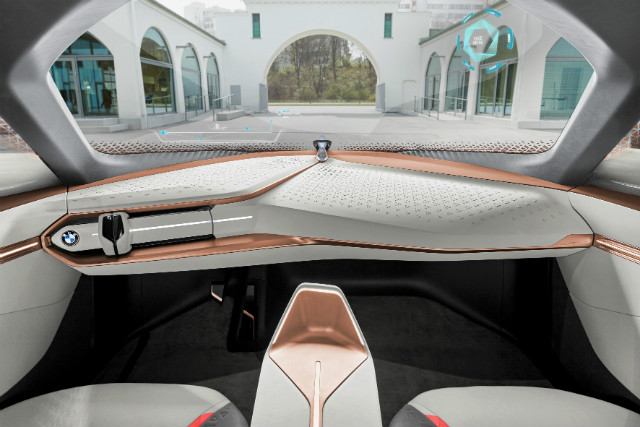 Autonomous cars are a hot topic in the industry right now and almost every major manufacturer is investing money towards their development. Though we are still realistically at least a couple of decades away from seeing them commonplace, it seems inevitable that in the future, roads will be filled with cars riving autonomously.

Many may still give the driver the ability to take over manually, but a steering wheel feels redundant (and takes up a lot of space) when the driver just wants to kick back and relax. That’s something concepts like the recent BMW Vision Next 100 have addressed.

The Vision Next 100, BMW’s look into how they see their cars changing in the future, features autonomous driving abilities with the aid of numerous sensors. The concept does have a manual driving mode however, and can even change certain exterior colours to reflect which mode it is in.

When in the manual ‘Boost’ mode, the BMW concept is driven by a steering wheel like traditional cars today. Switch to ‘Ease’ mode though and the steering wheel and centre console retract and the seats can even swivel to allow the driver and front passenger to talk while the car does the driving itself. 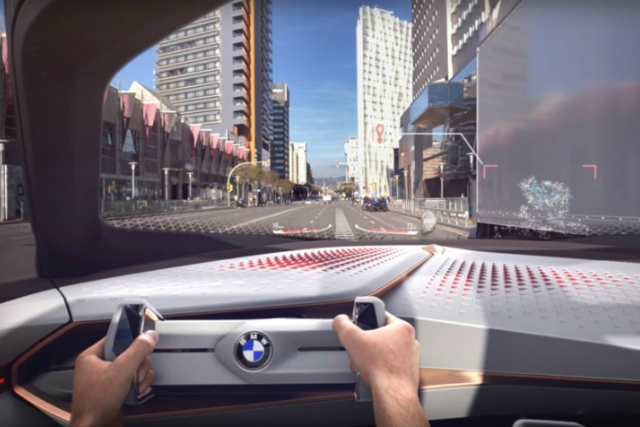 Another major feature which concepts like the BMW Vision Next 100 concept have promoted is the potential future use of intelligent windscreens displaying all kinds of the information in front of the driver. They could even take care of all onboard functions, instead of having buttons or a separate touch-screen like cars today.

As well as substituting all car function controls on to them, future car windscreens will likely boast the ability to display real-time information about the road and traffic ahead. Some current cars already have head-up displays which can display the current speed limit and how fast the car is travelling.

In the future drivers could also get insight into the best driving line to take, what hazards to look out for or even get tourist-like information on nearby buildings if the car is in self-driving mode.

Cars that can talk to pedestrians 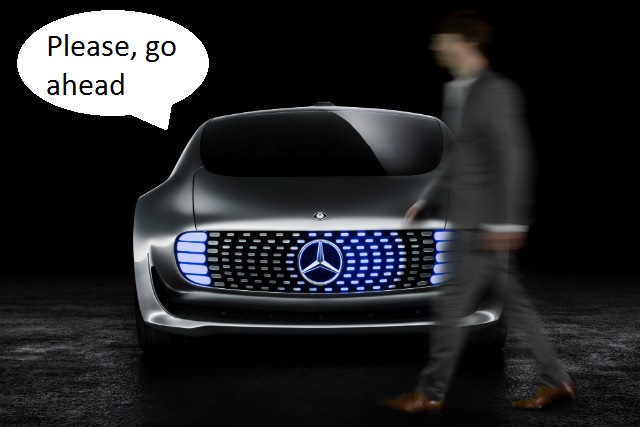 Today we already have cars that can personally interact with passengers to some extent. They can read out sat-nav instructions, reading out your text messages or asking which number you want to call.

Cars in the future though are set to be able to interact with passengers in even more personal ways and even expand interactions to those outside the car. Take for instance the Mercedes-Benz F 015 concept, an autonomous luxury car that can be summoned by a smartphone app and can allow the front passengers to face directly at those in the rear seats.

As well as having the technology to see other pedestrians near the road ahead, the F 015 can even interact directly with them. For instance, if the car sees that a pedestrian further up the road is in position ready to cross it, then the car can stop itself and tell the pedestrian via a speaker it’s ok for them to cross.

As demonstrated in tests run by Mercedes, the F 015 will say “Please, go ahead” in a female voice, and the pedestrians can even prompt the car to go ahead first with a waving motion at the car.

The F 015 also has a high-intensity laser which can spell out messages on the road just in front for pedestrians to read, such as the letters ‘SOS’ if the car and passengers are in peril. 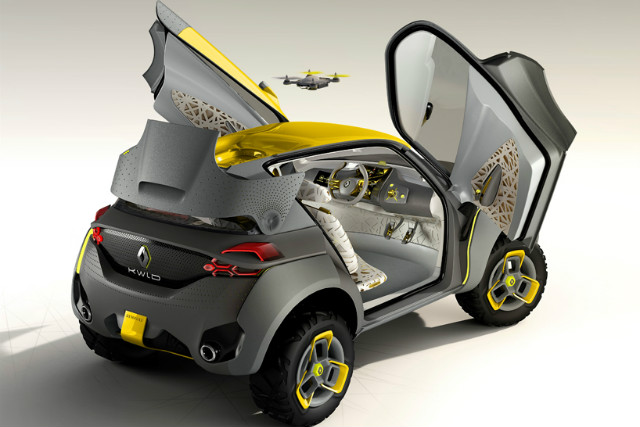 The use of drones by members of public has become far more popular in recent years thanks to recent advancements. Now it’s a piece of technology that turning towards becoming an integral part of the car industry as well in the future.

As drone technology becomes more and more sophisticated, the ways in which they could support cars and their drivers is exciting to think about. An early hint of their potential use was demonstrated by the Renault KWID concept revealed a couple of years ago, a small crossover SUV which included a small drone that launches from a special compartment in the roof.

The idea is that the driver could deploy the drone while stationary or on the move and have it either fly autonomously to a pre-determined GPS location or controlled manually via a tablet device. Thanks to an onboard camera, the drone could assess any traffic gridlocks ahead or any dangers around blind corners or over the next hill.

You can find prices for cars on sale today at carkeys.co.uk