What to expect from Porsche GT in the next few years

Arguably one of the most exciting cars to come out of this year’s Geneva Motor Show was the Porsche 911 R, essentially a GT3 RS stripped of its name, its PDK gearbox and its mad rear wing.

Designed by Andreas Preuninger, the head of Porsche’s GT program and the so-called ‘Mr GT3’, the 911 R was created specifically to cater to die-hard Neunelfer fans who wanted a more purist-oriented experience.

In addition to being responsible for the new 911 R, Preuninger, who’s been with Porsche for 16 years now, is also in charge of Stuttgart’s future performance models and spoke at Geneva this year about what he has in store for the coming years.

As a result, here are just some of the things that hardcore Porsche fans can expect from its motorsports-derived GT wing in the foreseeable future. Needless to say, some are really rather exciting… 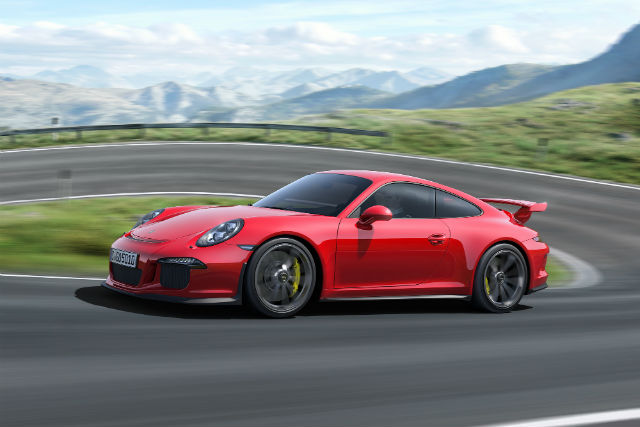 Although Porsche dropped the manual option in favour of the seven-speed PDK dual clutch automatic for the 991 generation GT3, according to Preuninger customer demand will see the good old fashioned stick make a return.

The popularity of the manual-only 911 R has proven that neglecting purists in favour of track racers is a mistake which Porsche won’t want to repeat. Preuninger says that in all likelihood, a six-speed manual will be offered as an option alongside the PDK.

He said: “For the pure joy and engagement of driving, is the manual a better option? I can imagine offering the manual as an option on the GT3. It would be completely stupid to restrict the manual gearbox to the R.”

Automatic only for the GT3 RS 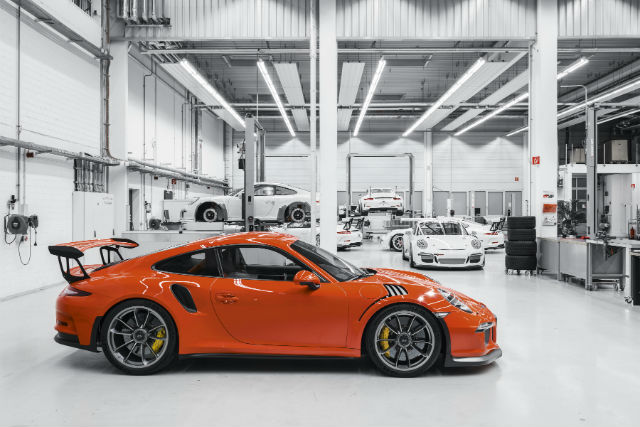 However, although the ‘regular’ GT3 will likely feature six gears, a stick and a clutch pedal, the track-oriented RS version will remain with a PDK as the sole transmission option.

It makes a lot of sense, really; the automatic gearbox can tame the 500bhp fury of the RS’s uprated 4.0-litre engine and shaves vital tenths off laptimes, a handy feature for a car intended solely as a race-going weapon.

Addressing the need for PDK in the RS, Preuninger said: “A lot of the 911 GT3’s success comes from its bandwidth of usability, and its usability lives on its PDK gearbox.” 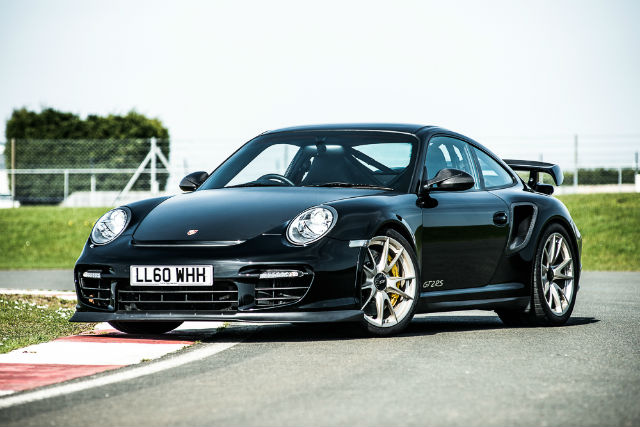 A twin-turbocharged monster based on the 911 Turbo, there hasn’t been a GT2-badged 911 since the 997 generation was phased out back in 2012, but could soon change, particularly now that Porsche is turbocharging more of its range.

Preuninger said: “We always had a GT car with a turbo, but that was a different line, for a different customer group. This ‘beast’ appeal. It might be that we are thinking of working on something like that for the future.”

He adds that cars like the GT2 RS help to draw a line under current-generation models that are due to be phased out, meaning that a 991-gen GT2 could be on the way in a few years as a last hurrah before the model’s revised.

Naturally-aspirated engines are here to stay 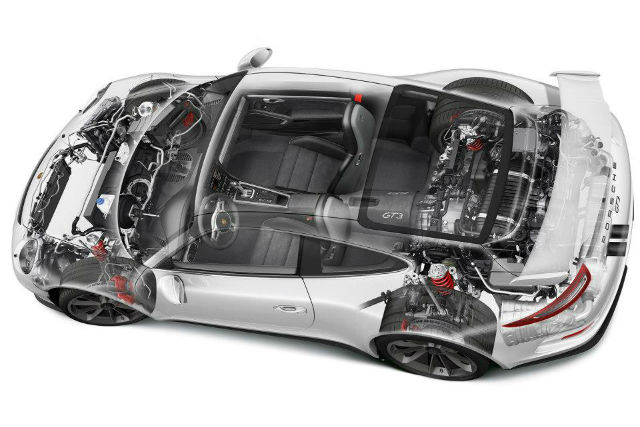 Setting turbo power aside for one second, one of the most contentious moves by Porsche in the past year has been the announcement that much of its range is now becoming turbocharged as standard.

In order to meet increasingly tough emissions and economy standards, every 911 with the exception of the GT3 and R is now turbocharged, while both the Boxster and Cayman models swap the traditional flat-six engine for a new turbo-four.

Before you tear up your Porsche Club membership card, fear not as Preuninger reckons that atmo engines will still have a place in Porsche’s line-up for quite a while to come, in the GT-badged cars at least.

He said: “There has been turbo engines before, and we have huge expertise, and we can really afford to have both in the product programme. I think it would be the smart and right move to stay with normally aspirated engines for the GT cars for the future.” 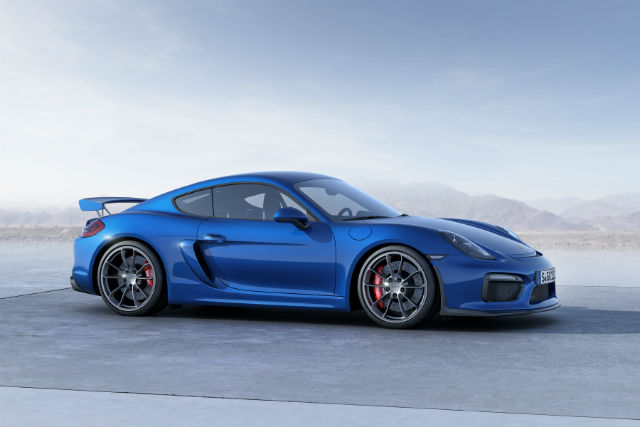 One of the questions most commonly put to Preuninger and his department is whether or not an RS-badged version of the Cayman GT4 will be made, a stripped-down, track-ready version analogous to the 911 GT3 RS.

Unfortunately, he says that while a Cayman GT4 RS would invariably be quick and hugely popular, the cost would put it on par with, or maybe even more than, the 911 GT3 RS, in which case buyers would probably rather just have the 911. 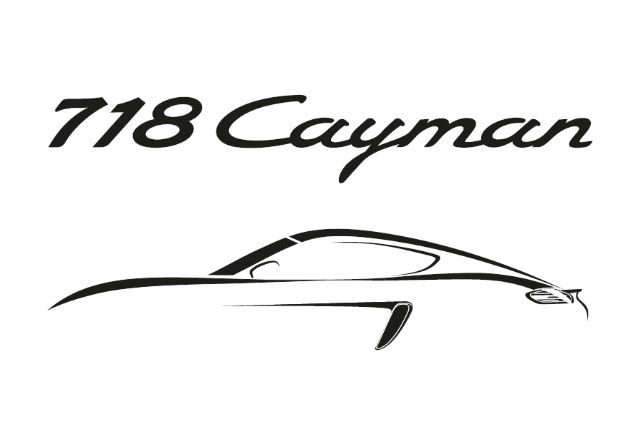 Fear not, though, as a GT4 version of the newly-named and newly-engined 718 Cayman will definitely be on the way, thanks to the huge success of the previous-gen Cayman GT4.

Like the new 718 Boxster, the standard 718 Cayman will be powered by a new turbocharged four-cylinder engine in place of the outgoing naturally-aspirated flat-six, but will this carry over to the GT-badged version?

“Not necessarily,” Preuninger said, before adding: “On the GT models we want the six cylinders, the atmospheric engines.”

As a result, like the GT3 911s keep the naturally-aspirated engines instead of the new turbocharged versions, any future 718 Cayman GT4 could stay with the howling six-banger instead.

The Boxster Spyder will be back too 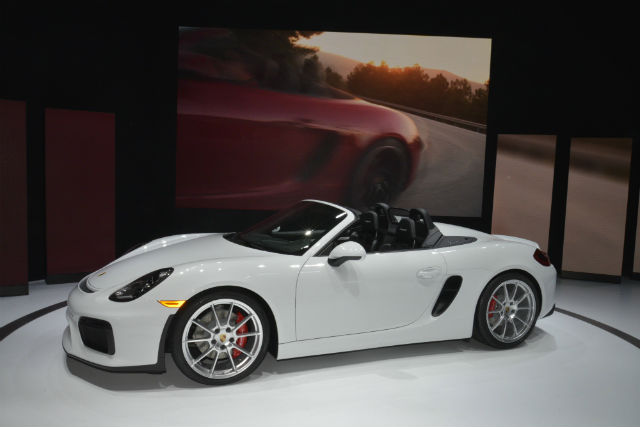 The lightweight, hardcore version of the Boxster roadster will also make a return along with the GT4, and wearing a brand-spanking new 718 badge to boot.

Preuninger reckons that the success of the 911 R’s purist ethos will see increasing demand from buyers looking to tap into that raw and lightweight attitude, even if the Spyder won’t be a pure-bred GT model.

“It’s devoid of everything luxury, and has a manual gearbox,” he said. “It falls into the same category as the R. Total devotion to looking for saving every single gram.”

An end to the horsepower arms race 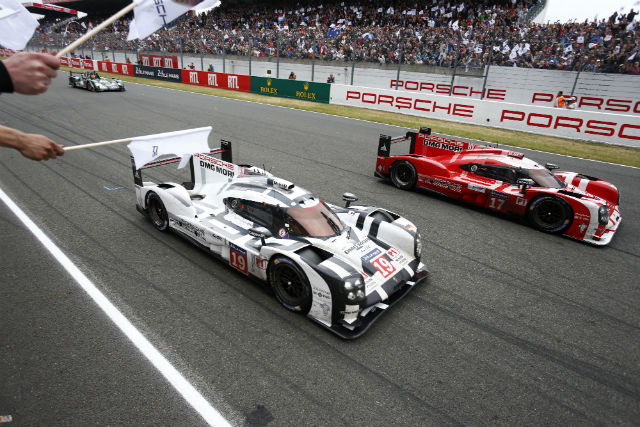 In the past couple of years, cars from the likes of Porsche’s GT division, BMW M and Mercedes-AMG have been getting more and more powerful, but Preuninger says that he wants to bring an end to the horsepower arms race.

Highlighted by Porsche’s commitment to keeping the atmo engine, it’s unlikely that future GT models won’t be any less powerful than their predecessors, but they just won’t necessarily be any more powerful either.

Although he confirmed that Porsche’s engineers could feasibly extract a lot more power from the 4.0-litre engine in the GT3 RS, he’s aiming to concentrate more on reducing weight and increasing handling.

He said: “If I were a customer and the next RS had 20bhp less, I would say, ‘hey, come on, what’s that?’ But we have to be more concentrated on the overall package, not just horsepower. This is not a dragster, it’s a track car.”