Why are Japanese cars supposed to be more reliable?

Back in the 1980s, Japanese car manufacturers cultivated a reputation for building bulletproof cars that exceeded the reliability expectations of virtually all of their competition at the time.

The American and European markets were still sceptical of Japanese-built cars, but gradually manufacturers like Toyota, Honda and Nissan gained a foothold outside of their domestic markets, largely thanks to the positive association with building long-lasting vehicles.

Although the gap in quality has narrowed in recent years, data shows that Japanese brands still lead the field when it comes to reliability. Seven out of the top 10 reliable carmakers in the 2015 Auto Express Driver Power survey were from Japan, and around a third of the Reliability Index’s top 100 cars are Japanese. 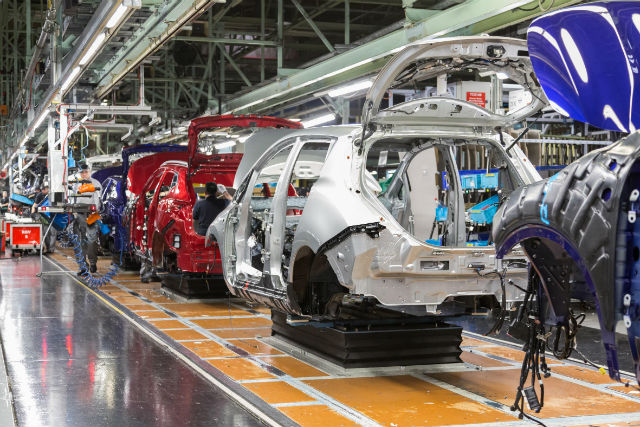 Why are Japanese cars so reliable?

In the wake of the Second World War, the Japanese economy was neither ready for nor able to replicate the mass production model pioneered by Henry Ford. Instead, manufacturers had to work smarter, not harder.

Manufacturers like Toyota couldn’t afford to buy different stamping presses for every part of the manufacturing process, and instead had to use a single press to stamp the different components of their cars’ bodywork.

Compared to a factory run by an American or European manufacturer who subscribed to Ford’s mass-production process, Japan’s setup at the time would have looked shockingly old-school, but the upswing was that there was less on the line that could go wrong.

Additionally, there was little room for error and Japan’s automotive employees knew this. Factory workers could stop the entire production process upon spotting a mistake and so could fix it before it was too far into the build.

In contrast, on a mass-production line the process never stopped and issues were only dealt with after the car came off the line, by which time plenty of flaws could have slipped through the net. 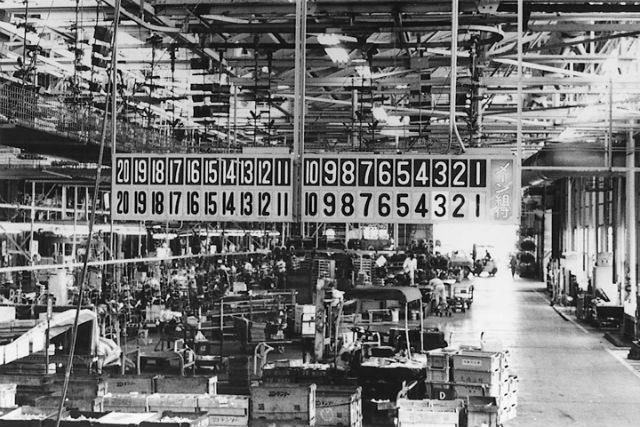 Ironically, the Toyota Production System was actually pioneered by an American, W. Edwards Deming, who was sent to Japan to help rebuild the country after WWII. Deming believed, correctly, that sustainable growth would be easier to achieve by constantly improving quality rather than simply producing high-volume vehicles.

From the ground up, Japan’s automotive industry was rebuilt. The production facilities themselves were located close to key component suppliers to reduce transit costs and times, which also meant Japanese factories could be much more flexible in their manufacturing processes.

Instead of firing out countless vehicles like mass-production lines, Toyota only made what was needed, when it was needed and only in the amount that was needed in order to reduce wastage and unnecessary costs. 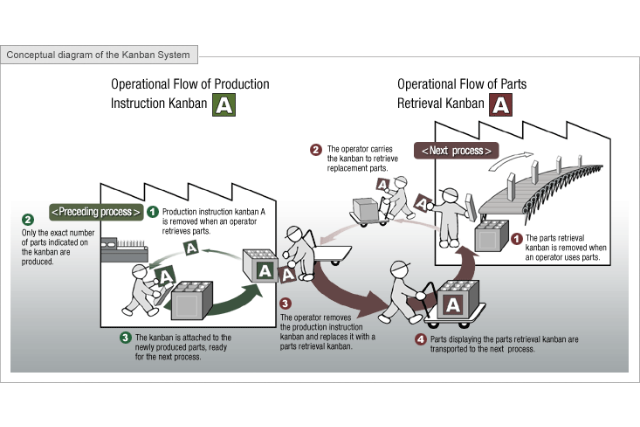 The rest of Japan’s car manufacturers soon cottoned on and lean manufacturing was adopted by much of the country. To this day, the rest of the world is still trying to play catch up, notably with the introduction of shared-platform construction.

Even still, many American and European manufacturers are still too ingrained in their ways to truly emulate Japanese production techniques, with older working patterns, less modern facilities and less than ideal locations.

There are downsides, however, and some suggest that Japanese brands achieve their stellar reliability at the cost of being more conservative when it comes to adopting complex new technologies.

A survey from Consumer Reports on used car reliability, which placed Toyota and Honda at the top, suggested that cars which are more reliable aren’t necessarily engineered better than those which don’t rate as highly in terms of dependability.

Consumer Reports notes that part of the reliability issues that plague cars from Europe and North America are a result of more cutting-edge technologies like complex new powertrains, chassis constructions and modern electronics. 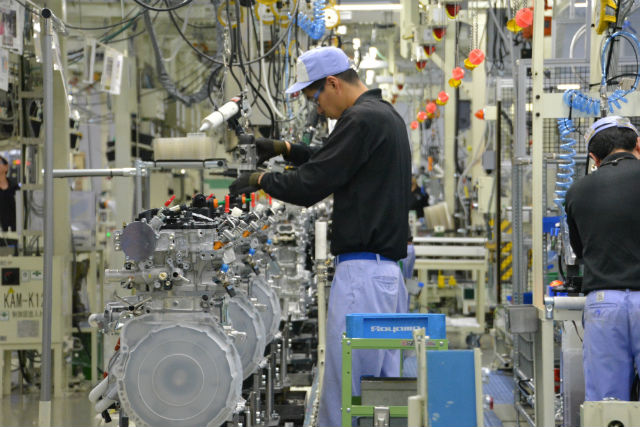 For example, Toyota still sells cars with aging four-speed automatic transmissions in many parts of the world, while many European passenger cars now feature dual-clutch technology with advanced designs.

The report also states that the most reliable cars aren’t necessarily the best to own for this very reason, and even if other manufacturers make cars which are less reliable they might be better equipped, more efficient or better to drive.

Of course there are exceptions, with Toyota now looking to pioneer hydrogen powertrain technology and the iconic Nissan GT-R having stood at the forefront of performance car technology for a number of years now.

All the same, ‘new’ cars from various Japanese manufacturers regularly crop up with parts and drivetrains carried over from much older vehicles. It’s definitely a case of ‘if it ain’t broke don’t fix it’, but even if cars from Germany as an example mightn’t quite be as reliable, you can always guarantee they’ll come packed with exciting and modern new technologies. 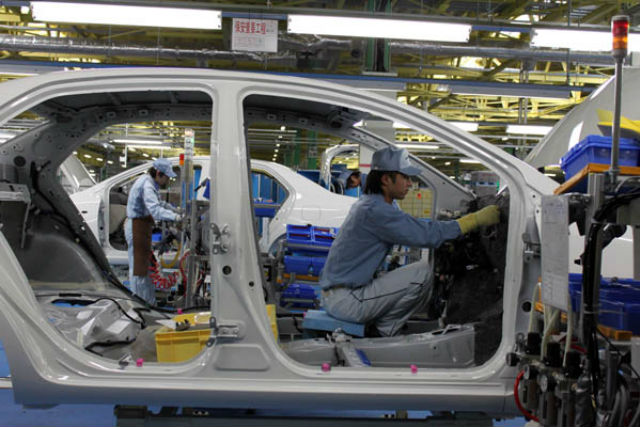 Reliability at the cost of modernisation?

It would likewise be wrong to lump every single Japanese car into the stereotype that they have the best quality of any manufacturer in the world, and there are plenty of Japanese-engineered lemons out there.

According to the 2015 JD Power Initial Quality Study, only four in 10 Japanese cars rank above the industry average for quality in the first 90 days of ownership, and Infiniti is the highest-ranked Japanese brand in fifth place overall.

That’s no bad thing by any account, but it’s not exactly the stellar quality that many believe Japanese cars have by virtue of their construction. Reliable in the long term but perhaps not all that exciting, for luxury and quality, cars from Europe in particular still run circles around them.

All the same, particularly in Britain, it’s important to understand the impact that Japanese-made cars had. Prior to the 1970s, it was generally accepted that if you bought a car it would be riddled with all kinds of reliability and manufacturing issues. 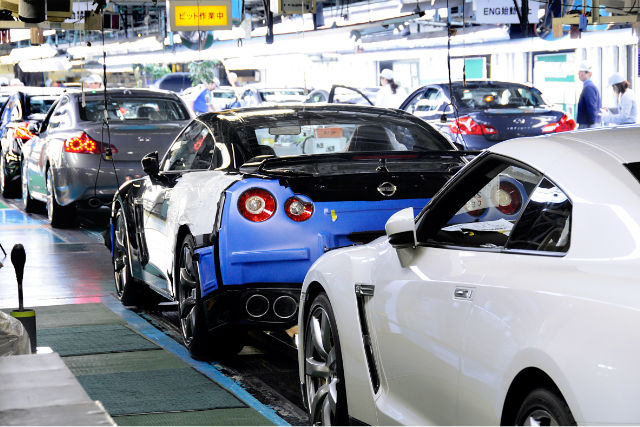 Then came the likes of Datsun, Toyota and Honda and suddenly drivers no longer had to have their cars fixed every thousand miles or so. They were more reliable, easier to fix and packaged in a much more efficient way.

Japanese manufacturers also tended to make the mechanicals of their cars very user-friendly. If you did develop an issue you could just pop up the bonnet and fix it with a spanner, unlike the special tooling needed for European cars or the over-use of rivets in American vehicles which made DIY difficult.

Above all, it’s the mentality of companies like Toyota and Honda which cemented Japanese exports as the gold standard for reliability, with attitudes geared towards constantly refining and streamlining the production processes.

It’s the restraint that Japanese brands exercise when it comes to changing their productions and adopting unproven new technologies which preserves their high reliability ratings. Even if some of them aren’t the most exciting cars around, their reliability isn’t just a stereotype, it’s a mentality.