Why do they only have old cars in Cuba?

Why does Cuba have old cars?

Of all the things that have shaped modern Cuba, arguably the biggest isn’t Fidel Castro, but rather America’s answer to him.

Following the revolution in 1959, which saw Castro assume power, Cuba began to trade sugar for oil with the Soviet Union. The US, which had imported around 3.5 million tonnes of Cuban sugar every year, and which was deep in the throes of the Cold War, wasn’t too keen on this development.

So it was that on this day in 1960, Washington imposed a trade embargo which has effectively sealed off the island nation from the rest of the world ever since.

President Eisenhower first banned American companies from exporting anything except food and medicine to Cuba, and also placed any foreign ship that traded with the country on a blacklist. 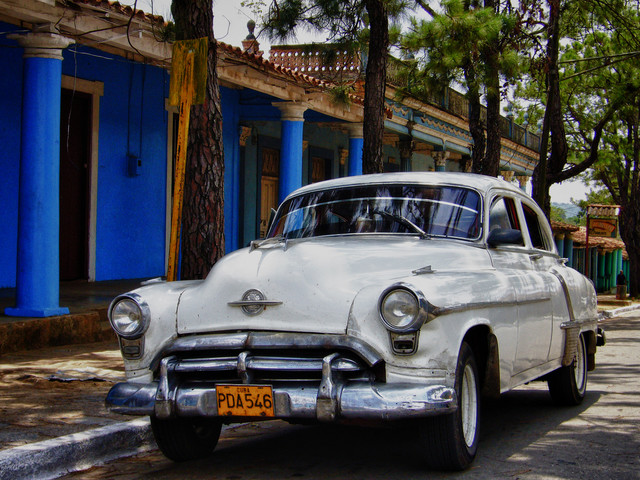 In 1962, President Kennedy extended the embargo further to forbid imports of all goods from Cuba, and also refused to give aid to any country that would provide assistance to the communist-run country. But not before sending his secretary to buy 1,200 Cuban cigars, that was.

Even after the fall of the Soviet Union, the US only furthered the embargo in the 90s to actively penalise any company that did business with Cuba. There have been exceptions: the Netherlands and Canada are among its biggest trading partners and Europeans have been holidaying there for decades, but the effects of the embargo are still glaring.

Probably the most recognisable vestige of the trade embargo is the thousands of classic cars that line the Cuban streets, a direct result of the ban on importing foreign cars to the country.

Known as ‘Yank tanks’ or, locally, ‘máquina’, the many classic Fords, Chryslers and Chevrolets are as ubiquitous and familiar as Cuba’s cigars, coffee or rum. 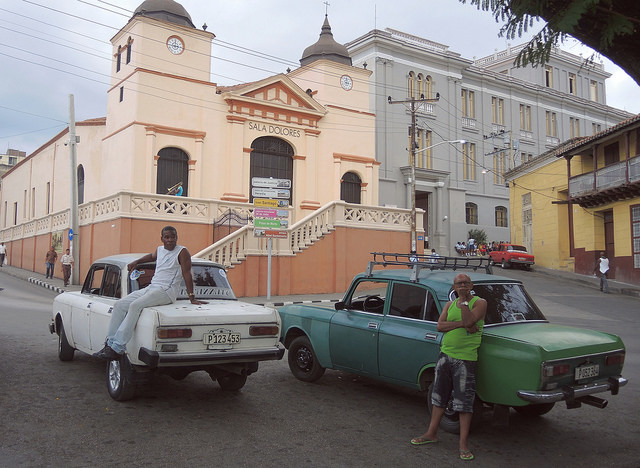 The embargo doesn’t just prohibit the import of new vehicles; it also prevents locals from sourcing replacement parts from outside as well. As a result, the only way to keep these 50-year old cars alive is through pure Cuban ingenuity, adapting regular household items and leftover Soviet technology into ramshackle vehicle components.

Nidialys Acosta of Nostalgicar, which rents classic Cuban cars to tourists on the island, says: “With these cars, you always need to do something. For example, we finished restoring the 1955 Chevrolet Bel Air three years ago. Now we have to paint it again, restore the engine and fix the bodywork. It never ends!” Cars in Cuba need to be carefully maintained because of their age and also through the lack of available vehicle parts.

Along with her husband Julio, Nidialys set up Nostalgicar after Fidel Castro’s brother and successor Raul relaxed the rules on private enterprise back in 2008.

Of course, thanks to the trouble coming by original parts, Nostalgicar has to rely on specialist suppliers in Florida and Texas, with the pair travelling to the US in person and smuggling the parts back in their luggage. 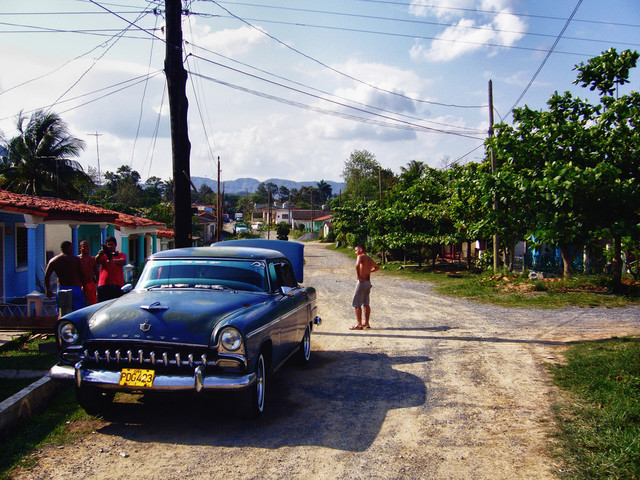 Cuban cars which are unable to be repaired are usually either stored for future repair, or else disassembled and sold for parts in order to produce extra income for the owner’s family and to ensure other Cuba cars can stay on the road.

Along with classic American cars, during the years of Soviet influence on the country, Ladas, Moskvitchs and Volgas were imported by the communist regime, primarily for state use. Since 1959 only a select amount of people could buy and sell cars, usually restricted to successful professionals who had completed government service abroad, or prominent bureaucrats.

In 2012, the limit was lifted to allow car ownership for private buyers, and last year Cuba relaxed its own restrictions on European and Asian cars, allowing new vehicles to be sold on the island for the first time in half a century.

Regardless, thanks to state-set markups, the flow of new vehicles has been kept to a trickle. A new Volkswagen will set a Cuban family back nearly £50,000, while a brand-new Peugeot could see its price inflate to as much as £162,000. State salaries in Cuba average at about £156 a year.

For the average Cuban, the only cars which can be purchased are those that were previously registered for private use and acquired before the revolution in 1959; highlighting why there are so many old cars in Cuba. However, if the owner doesn’t have the proper paperwork, the vehicle can’t be legally sold – a major problem for many of the fifty-year old cars. 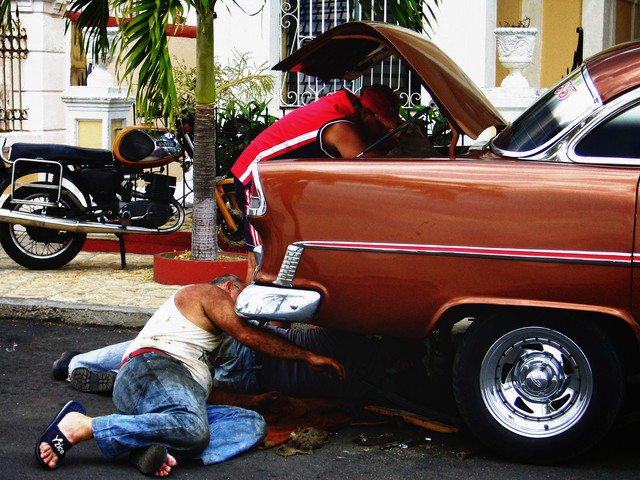 Still, thanks to constant upkeep, most of the cars remain in good working order, with the owners of the Yank tanks aware that if the embargo were ever to be lifted, they’d be sitting on a potential goldmine by selling the cars to American collectors.

On the other hand, while many remain unmodified and in good nick, plenty – particularly those employed as taxis – have been converted to accept replacement engines, usually Soviet-made diesel engines. However, even if it does damage the car’s collectability, it boosts longevity significantly, particularly thanks to the availability of spare parts and the cheaper cost of diesel fuel.

Even still, the old American Yank tanks are relatively inefficient thanks to the lack of modern technology, with high fuel consumption that adds further to the economic problems of their owners. As Cubans try to save as much money as possibility, the classic cars in Cuba are usually loaded with more passengers than the vehicle’s recommended maximum capacity, with the extra weight and decaying roads resulting in even more abuse to the under-maintained cars.

Currently, it’s estimated that there are around 173,000 vintage or classic cars in Cuba, though it’s unknown how many are still considered road-worthy. 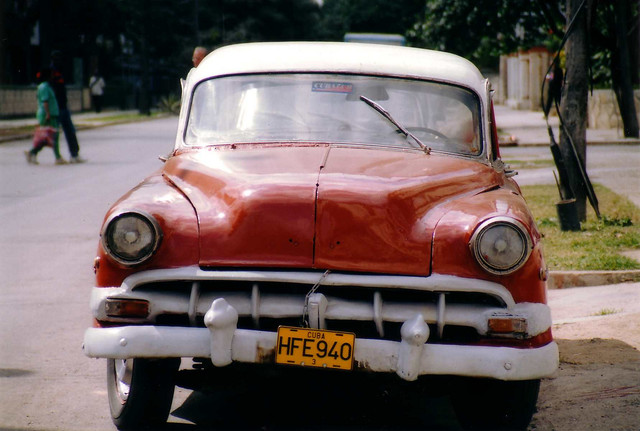