Why does nobody make a steam powered car?

Ask anybody what the car of the future will look like, and you’ll probably hear responses like “It’ll fly!” or “It’ll be powered by electric motors”. Steam power? Not a chance.

In an age of touchscreen infotainment systems, cars which can remotely pilot themselves without the need for a driver and electric batteries that can last for 300 miles or more, there’s hardly any room for an antiquated technology like the steam engine. Right?

Perhaps not, as there are in fact some pretty technologically-inclined people who believe that the future of the automotive industry could lie not with Jetsons-esque hovercars but in an entirely different direction: engines powered by steam.

Interestingly, the first steam-powered vehicles actually date back as far as the 17th century, with the first steam vehicle drawn up in 1672 by a Flemish Jesuit named Ferdinand Verbiest.

While living at the Imperial Chinese court, Verbiest came up with designs for a small steam-powered car and although there’s no evidence that he ever built the vehicle, the first fully-documented steam carriage was made by Nicolas-Joseph Cugnot in 1769. 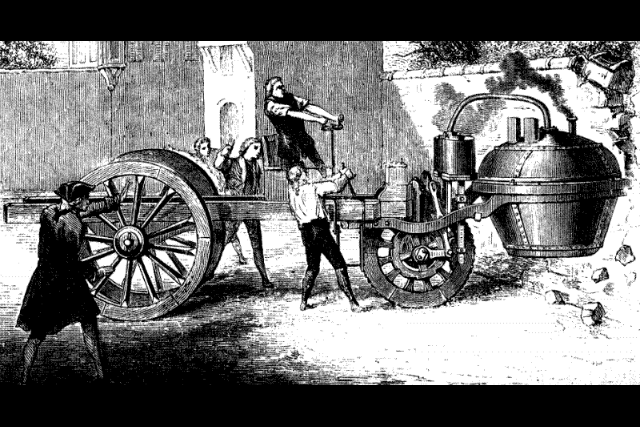 History of the steam engine

Despite being slow, clunky and prone to, er, literally running out of steam quickly, it was proof enough that steam power was viable and it didn’t take long for steam engines to catch on.

For a time, the steam engine reigned supreme, first in trains and heavy tractors and then eventually in cars too. In fact, at the turn of the 20th century more than half of the cars in the United States were powered by steam engines and a steam car called the Stanley Rocket set a new land speed record in 1906 clocking up a heady 127mph.

For a start, engineers already had around 100 years of steam experience by the time that internal combustion engines debuted. While the owners of petrol-powered cars were scrabbling about trying to hand-crank their engines into life, even by 1900 steam cars were already largely automated. 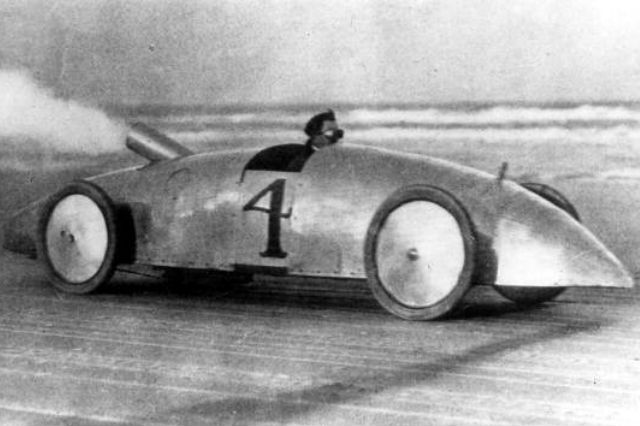 Due to the fact that steam provides constant pressure unlike the piston strokes of an internal combustion engine, steam-powered cars required no clutch, no gearbox and were overall extremely easy to drive. All you needed was a few minutes to let the boiler heat up.

Unfortunately, within the space of a few short years Henry Ford would almost single-handedly kill off the steam car. Although in the early 20th century steam engines were technically superior to old internal combustion engines, they couldn’t match the low cost of Ford’s mass-produced cars.

Steam car manufacturers tried to shift tactics and market their cars as luxury products, but the fact that by 1918 the Ford Model T was six times less expensive than the most popular steam car of the time, the Stanley Steamer, said it all. Once the electric starter motor debuted in 1912, steam-powered cars all but vanished.

Since then, steam powered cars has remained on the verge of near extinction, existing only in museums and in the collections of a handful of enthusiasts. Quietly, research and development and steam power has continued with some still believing that steam engines are superior to their fossil fuel-burning successors.

For a start, internal combustion engines produce a lot of pollution and tend to be rather noisy. Conversely, steam engines are relatively clean, very quiet and, unlike combustion engines, can run on almost any fuel that produces heat. 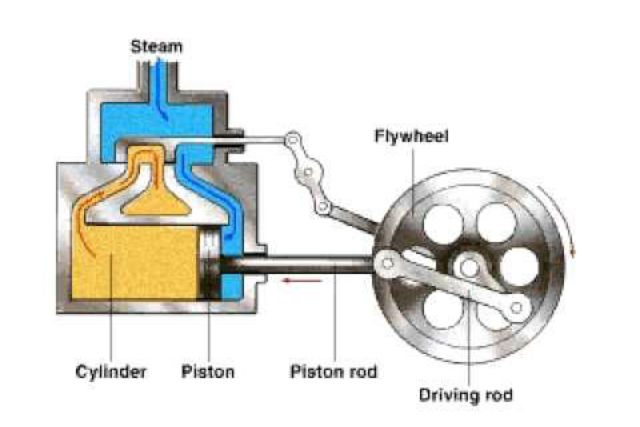 More eco-friendly than an electric car?

By virtue of their design steam engines provide maximum torque and acceleration instantly like electric motors, and particularly for urban driving where there’s lots of stopping and starting, clean-burning steam power would be vastly advantageous.

Back in the 1920s, steam cars required huge and heavy boilers to withstand the heat and pressure needed to power the vehicle, meaning that even the smallest steam cars weighed a few tonnes at the least. However, modern materials mean that steam-powered cars could be as light as their regular cousins.

With advanced condensers and modern flash boilers, it could be possible to build an efficient, light and viable steam car with a warm-up time of seconds rather than minutes. It begs the question: with modern concerns about fuel efficiency and clean energy, why does nobody make a steam-powered car these days?

Many cite misconceptions that steam requires massive boilers and engines to run or that steam cars are bombs just waiting to happen due to the high pressure needed to make them operate. The majority of these, however, are either flat-out untrue or have been negated by advancements in modern technology, electronics and metallurgy.

There have been a couple of attempts made to bring steam power up to date for the modern world, with a British team setting a new steam-powered land speed record of 148mph back in 2009. More recently, Floridian company Cyclone Power Technologies claims that it’s developed a steam engine that’s twice as efficient as an internal combustion engine, but it’s still nowhere near being available in a commercial vehicle. 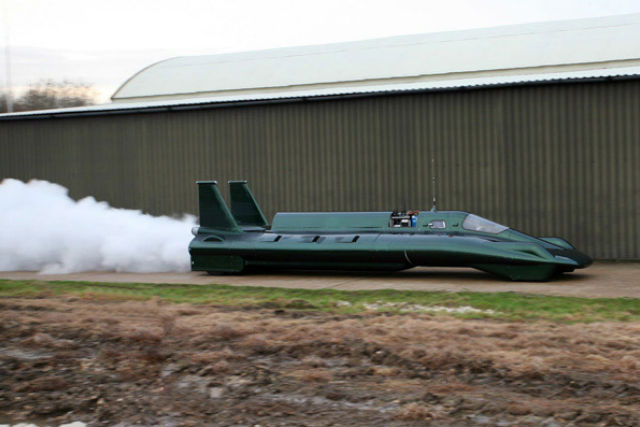 Largely, commercial manufacturers haven’t touched steam power, instead focusing on refining existing combustion engine technology and making new developments with electric and hybrid vehicles. For a period during the 1990s a Volkswagen spin-off company claimed it had built a viable steam engine, but that was the closest a major manufacturer has come to steam power and little has been heard since.

Given the rising popularity of electric and hybrid vehicles, it’s now not just traditional combustion engines that steam power has to compete with. Nevertheless, while hybrid/electric cars are a step in the right direction, they will remain heavily reliant on fossil fuels until clean energy becomes widely available.

Hybrids particularly use a combination of a small petrol (or sometimes diesel) combustion engine and an electric motor; they use less fuel than a standard combustion-powered vehicle, but they still need it. Although they produce fewer emissions as well, there still remains some and electric cars, as we’ve already pointed out, tend to simply shift carbon emissions from the tailpipe to the power plant.

As pointed out by the Cyclone team, emissions are much less of a concern for steam engines, though by no means entirely gone. Still, according to the company’s website, their steam engine burns longer than most others and therefore incinerates more harmful particles, which results in fewer exhaust emissions.

Although that exhaust is dependent on the type of fuel used, sustainably-sourced fuels could have a much smaller impact on the environment as opposed to existing fossil fuels which almost always burn dirty. 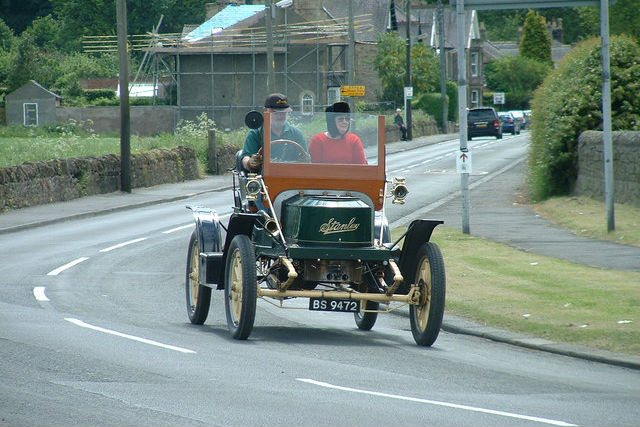 The future of steam power

In the end, perhaps the biggest reason why steam power is no longer used by car manufacturers can be summed up in two words: Big Oil. For as long as the combustion-engined car has existed, the global oil industry has enjoyed something of an iron grip on the automotive industry, knowing that its existence is crucial to allowing motorists to transport themselves.

However, according to data from Bloomberg New Energy Finance (BNEF) analysts, the uptake in low-pollution cars and an increased focus on environmental friendliness could finally be weakening the link between the oil industry and driving.

Instead of biofuels like ethanol shoe-horning the internal combustion engine into a new world of emissions limits, new and innovative solutions are coming thick and fast, fuelled by technology and an age of competition.

Market resistance is still an issue, but with the rising number of electric, hybrid and other alternately-fuelled vehicles hitting the market, perhaps in the near future steam-powered cars will no longer seem like such an oddity. If manufacturers can figure out a way to develop steam engines on a large scale for less than an internal combustion engine, then surely automakers would quickly cotton on.

It might have preceded the internal combustion engine by around 200 years, but as the world is finally starting to take a serious look at the future viability of personal transport, perhaps the chuffing, gliding grace of steam power will get a second chance to once again take first place.