A buyer’s guide to the Hyundai Tucson

Considering buying a Qashqai-rivalling Hyundai Tucson? In this guide we explore the current range of options for this intriguing crossover family car.

If you’re after a mid-sized crossover that’s a decent alternative to the likes of the Nissan Qashqai and Mazda CX-5, then the Hyundai Tucson is well worth a look.

The Tucson name has appeared in Britain before but it was originally dropped back in 2004 and swapped by the ix35. But now the tables have turned again, and the Tucson is back with a bang.

The styling, handling and interior have all been given a major overhaul compared to its predecessor, allowing the latest Tucson to compete on all levels with its main rivals.

In this buyer’s guide to the Hyundai Tucson, we delve deeper into things customers will want to know more about such as the equipment levels, options, body colours and engine choices. 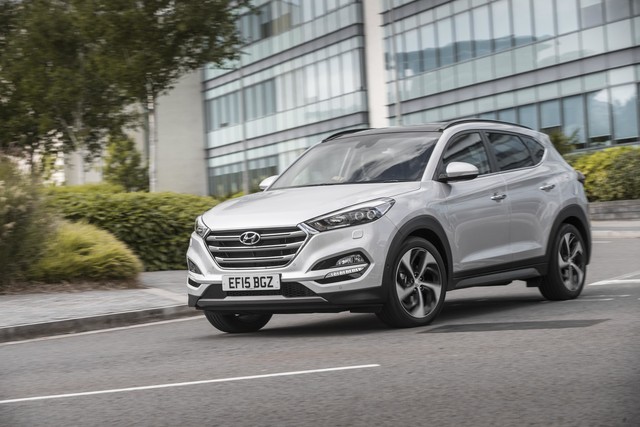 Compared to like the preceding ix35, the latest Tucson has a chunkier but also sportier appearance overall. The prominent front grille with large chrome lines is a current signature of Hyundai’s design philosophy and the Tucson wears it well. 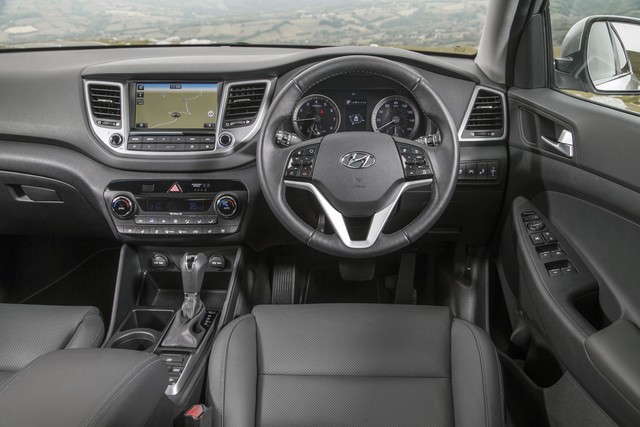 The trim line-up for the Hyundai Tucson starts with S and is followed by SE, SE Nav, Premium and Premium SE.

The SE Nav, expected to be the best-selling trim, adds a sat-nav controlled via an eight-inch touchscreen.

There are several cloth and leather interior seat finishes available for the Tucson. S, SE and SE Nav sport a black cloth finish (the pattern is different for S trim compared to SE and SE Nav), while Premium and Premium SE trim models sport black leather seats as standard. 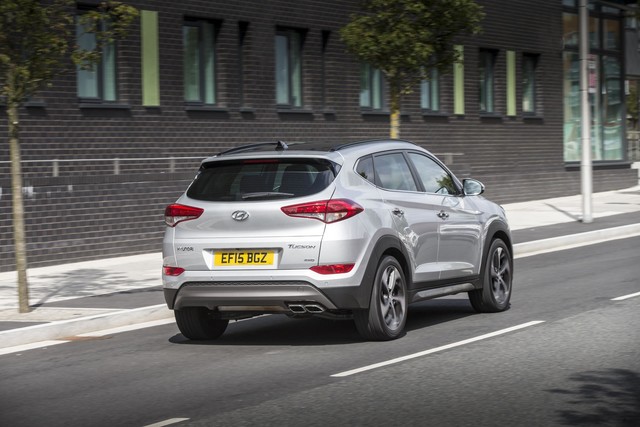 There’s plenty of engines for customers to choose from in the Tucson, including three diesels and two petrol units. Front-wheel and four-wheel drive powertrains are available depending on the exact engine used. Hyundai expects the diesel options to be more popular with customers.

The choices include an 114bhp 1.7-litre turbodiesel, hooked up to a six-speed manual gearbox and front-wheel drive only. With a 0-62mph sprint time of 13.7 seconds, the performance from this engine feels decent for those after a practical family traveller. It is also the most efficient engine in the line-up and will average around 60mpg and emits just 119g/km.

If you really want a bit of extra speed, however, there’s also a 2.0-litre turbodiesel with outputs of 134bhp and 183bhp. Both, unlike the 1.7-litre turbodiesel, are available with four-wheel drive (for the 183bhp unit it’s standard) and a six-speed automatic gearbox.

Petrol options meanwhile, include a 130bhp 1.6-litre unit and a turbocharged 1.6-litre engine offering 175bhp. The latter option utilises four-wheel drive and cuts down the 0-62mph sprint time to 9.1 seconds when using the optional seven-speed automatic gearbox (otherwise its 9.5 seconds with the manual ‘box). 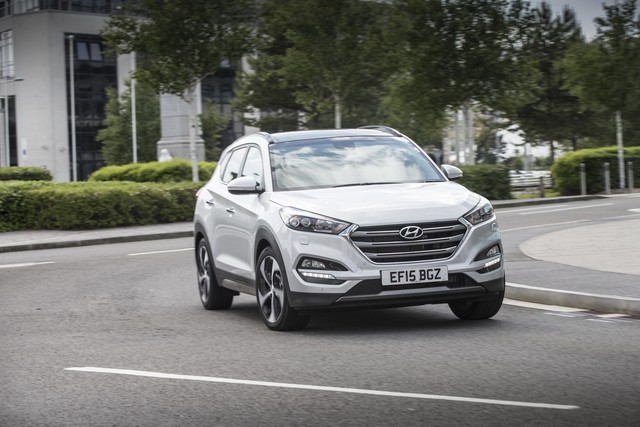 Prices for the latest Hyundai Tucson start at just under £19,000 for the S trim model using the 1.6-litre petrol. The S can also use the 1.7-litre turbodiesel, with prices for this particular specification set at just over £20,000.

The most affordable four-wheel drive Tucson, the SE Nav 134bhp 2.0-litre CRDi specification, starts from nearly £26,000. The cheapest model with an automatic gearbox comes in the same trim and uses the same diesel engine and costs just over £27,000.

Tucsons in the Premium trim level start from just over £25,000, although if you go for one of this car’s more powerful engines you’ll spend much closer to £30,000. The range-topping Premium SE trim starts from almost £28,500.

Want to learn more about the Hyundai Tucson? Then check out our written review.