Eight things NOT TO DO while test driving a car

If you're ever test driving a car you're interested in buying, there are some things you simply must avoid.

When you go to test drive a car that you may go on to purchase, it is obviously a big occasion. There will be a lot of things you’ll want to keep in mind to make sure you get the most out of your test drive, so you can make the most informed decision possible in regards to buying it later.

Whatever sort of car you’re looking to test though, there are some things we can always guarantee are a bad idea and will lead to embarrassment, anger and possibly even more severe repercussions.

So to make sure you’re not testing your dealers’ patience as well as the car, here’s our guide to eight things you should always avoid while test driving a model. 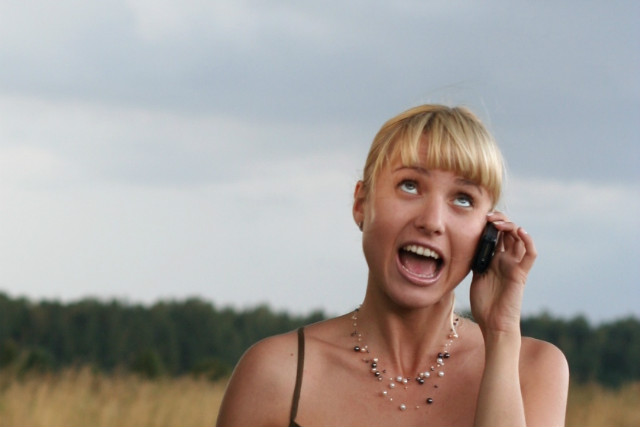 Test drives can work in different ways. At some dealerships an employee there will accompany you when you drive the car you’re thinking of buying. Other places may allow you to go out alone in the car, or you might even do a combination of both.

If you’re offered the chance to test drive the car but you’re unfamiliar with your local surroundings, then it’s best to have someone from the dealership come with you if they haven’t offered to accompany you already. The last thing you want to do is get yourself and the car that doesn’t belong to you lost in unfamiliar territory, where panicky calls and other chaos could ensue.

If you plan to take a car to a specific location during testing before returning to the dealer, make sure you’re absolutely clear on exactly what route you need to take. The dealer will understandably be far from impressed if you’re only guesstimating at least one part of your route.

DON’T listen to the radio or any of your music

While test driving a car you’re going to want minimal distractions both visually and auditory so you can focus on how the car feels and behaves. If your favourite radio station or album is blaring out of the speakers, it’ll be a lot harder to hear things like how the engine sounds or if anything in the car sounds suspiciously off.

Another reason not to play radio or music in general while test driving is that someone from the dealer will probably be with you. The man or woman from dealer will probably want to speak to you about the car you’re driving and it’d frankly be rude to drown them out with the in-car speakers, however catchy the beats may be.

DON’T eat or drink behind the wheel 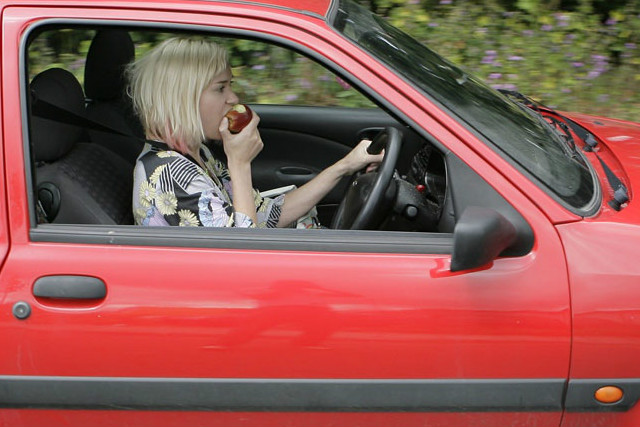 Even if you’re really hungry or thirsty when you turn up at the dealership, you should refrain from eating or drinking while test driving a car to avoid distractions or compromising safety.

If you’ve just eaten before a test drive, you may want to wash your hands before you get under way. A dealer will be far from impressed if you put sticky fingers on the steering wheel of a car that doesn’t even belong to you yet.

If someone from the dealer has come with you on the test drive then they’ll probably have a route for you to take in mind, unless you’ve agreed your own in advance.

Assuming it’s a case of the former, you’re going to want to listen closely to what the dealer employee accompanying you has to say regarding where to go. If you hear an instruction you’d rather ignore, because say you think a different road ahead would be more beneficial for the test drive, then make this clear in good time.

If you just ignore the dealer employee’s instructions with no clear explanation, then this is not only annoying but could cost you your chances of getting the car. The person you’re ignoring may even go as far as to interpret this as sign that you intend to steal the car! Now that could prove one heck of a misunderstanding!

DON’T do any shopping in the car you’re testing 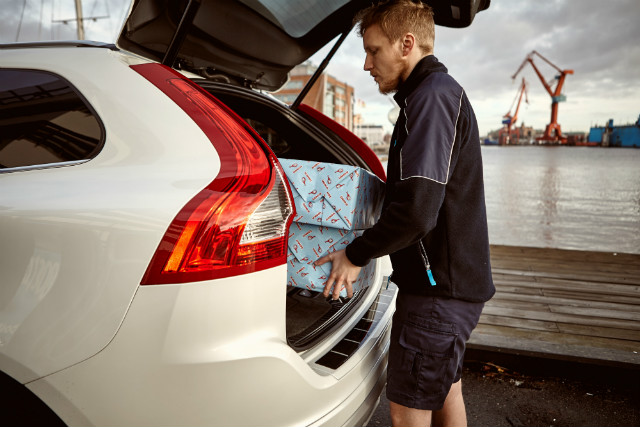 Test driving a car from a dealer should simply be about assessing the car you are driving and nothing more.

Although you may be factoring practicality into your decision, don’t go on a shopping trip somewhere to assess how the car performs or because you’re trying to merge the drive and your daily duties together. This is another sure-fire way to irritate the dealer with the car.

If practicality is a priority for you, then you could consider bringing something with you (like a large bag) to the dealer and then you could see what it’s like fitting it into the car before you drive it.

Different drivers have different preferences for how long they need to be in a car before they feel they truly understand it. But if you’re going out on your own on a test drive, don’t take the mickey with mileage.

Say you pick up a car from a dealership in London, the folks at the dealer will be far from impressed if they discover you’ve added over 800 miles to the odometer because it turns out you drove to Edinburgh and back.

Okay, so there’s obviously no dress code or anything like that applied to test drives. But if you turn up to a test drive looking like a total scruff, or you haven’t slept for 24 hours, then the dealer may insist on only a short test route or even turn you away.

Similarly, if you haven’t had a shower or any sort of wash for a while then the staff at the dealership will likely pick up on the pong. That’ll make the test drive and any necessary negotiations far more awkward then they had to be.

DON’T pull off any handbrake turns 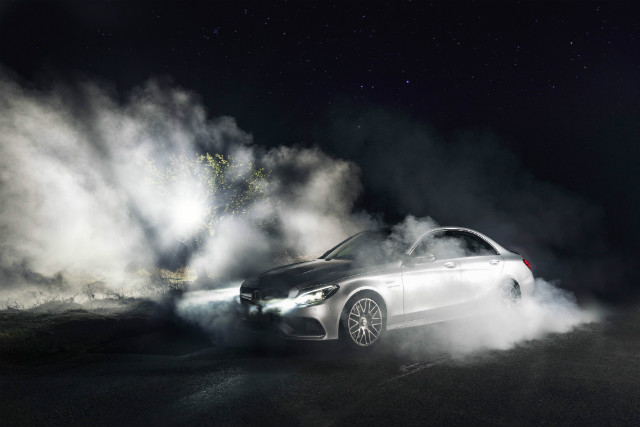 For all we know, you could be absolutely amazing at handbrake turns and have a long history of wowing your mates and even your partner with such trickery. Even if this is the case though, test driving a car you’re considering buying is an absolutely terrible time to show off with antics like this.

The dealer will instantly become unwilling to negotiate with you if they catch you pulling off handbrake turns, or find evidence of such stunts like noticing the rear tyres are shredded.

Even if you happen to be test driving a Ford Focus RS (which has a Drift mode button) or a Ford Mustang (which has a burnout mode), you’re better off saving any stunts, if you absolutely insist on them, for after you’ve bought the car.

For more guidance on test driving a car, check out our tips on thing you SHOULD try and do during one.