Five things NOT TO DO when driving in the rain

Check out our guide on five mistakes you might be making while driving in the rain and why you should avoid them.

If you are a motorist in Britain, you know that there’s always a good chance it’ll be raining when you go out to drive, especially during the autumn and winter months.

The heavier the rain is, the more hazardous driving can be, so a cautious approach is warranted. Here we explain five things you should absolutely try and avoid while driving in rainy conditions.

DON’T drive really close to the side of the road

On some roads, particularly narrow one-way streets, you’ll have no choice but to be close to the side of the road. But on wider roads, it’s preferable to be central on the lane. That’s because roads tend to be made so that they’re highest in the middle.

Although the height difference is subtle, this design means that water will run off the centre hump and drain towards the edges during heavy rain showers. If you’re moving along and your car is close to the side of the road, possibly right by a pavement, then you’re more likely to hit standing water with your car’s wheels.

That means you have less grip and control of your vehicle and you could possibly even hit debris at the side of the road which you missed because of the standing water created by the rain. 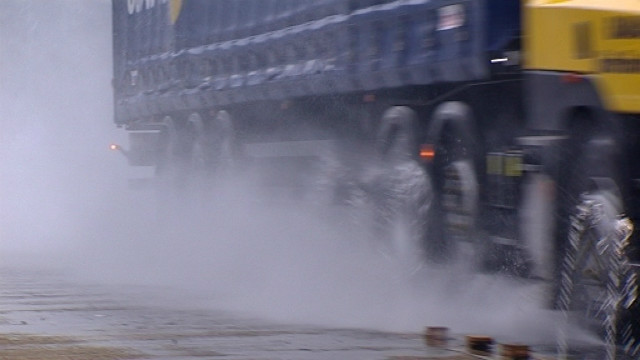 If a rain spell is particularly intense, then enough water may build up on the roads to form rivers or very large puddles on certain patches.

Frankly, it is always best to avoid driving through rivers on the road if you come across one, even if your destination is on the other side of it. A stream of rainwater on the road can often be deeper than drivers first estimate and the water can do devastating damage to a car’s internals if its deep enough.

If a driver takes their car through a rainwater river that proves deeper than expected, then losing the ability to even accelerate or steer through the patch of water can easily occur. Some motorists might think that approaching such situations in an aggressive, speedy manner will solve this. Really though you’re more likely to just create a mess and have more water disrupting things like the engine and cooling fans.

Even if you’ve got a car with four-wheel drive and various sophisticated driving aids, there’s a risk in this particular scenario of aquaplaning. Aquaplaning is something that can occur if a car goes over a road covered in water fast enough that all four wheels are lifted off the road by a cushion of water and all traction is lost.

If the weather is creating enough water on a sloped road to potentially cause aquaplaning, the way to avert this is by simply keeping your car’s speed low.

DON’T use your rear fog lights

While it is raining, thing may get dark even if it’s the middle of the day so you and others may decide to turn your car’s lights on.

Depending on how hampered visibility is because of the rain, you may decide having the full headlamps on is preferable, but one thing that’s best avoided even in rough conditions is using the rear foglights. 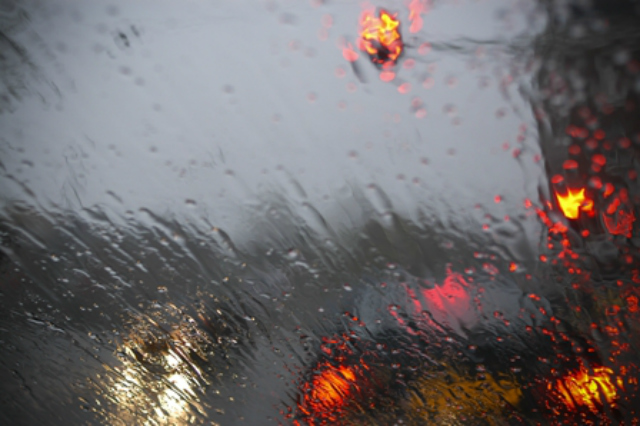 This is a bad idea when it’s raining because not only could you dazzle drivers behind, but these lights can also mask your brake lights, potentially leading you to be rear-ended.

When you’re driving in the rain and there’s puddles on the road, it’s a simple courtesy to consider whether there are any pedestrians or cyclists near a puddle when you’re just about to reach it.

If you see this situation, it’s best to either drive around the puddle if you can or slow down so you don’t create a big splash from the puddle you drive through. Splashing those nearby with your car is not only a lame thing to do, it can also land you in trouble with the police.

Under the Road Traffic Act 1988, splashing a pedestrian with water from the road while driving is considered illegal and can lead to a fixed penalty notice if caught doing so.