What are run-flat tyres?

We explain how run-flat tyres work, how much they cost and whether they can be fixed or replaced.

There are various types of tyres which motorists can buy for their vehicle, one of which is known as 'run flat'.

In this guide, we explain the basics of what run flat tyres are and answer other questions you might have about them, including whether you can repair them and how much they cost.

What is a run flat tyre?

Run flat tyres are vehicle tyres which are specially designed to keep working for a short period of time after suffering a puncture. That means unlike with a ‘normal’ vehicle tyre, you can avoid having to pull up immediately to make a change if your tyre picks up a puncture.

Whereas a puncture on a normal tyre will make a car dangerously difficult to control, a run flat tyre could still cover enough distance to get you home or to a garage for repairs. Because of their unique construction, run flat tyres also reduce the potential danger of a dramatic blow out compared to a normal tyre when inflicted with a puncture.

How to identify run flat tyres

If you’re unsure if a tyre you’re looking at is a run flat one, then a simple way of confirming this is to look at the sidewall of the tyre and look for certain initials. Frustratingly, there is no industry standard for what letters are used to identify run flat tyres. The code varies with different tyre companies.

To help you out, listed below are the codes used by several of the most popular car tyre manufacturers:

How do run flat tyres work?

So what is it about run flat tyres that makes them capable of working for a certain distance even if they suffer a puncture? Basically, there are two types of systems which a run flat tyre can have – either what’s called a self-supporting system or a support ring system. 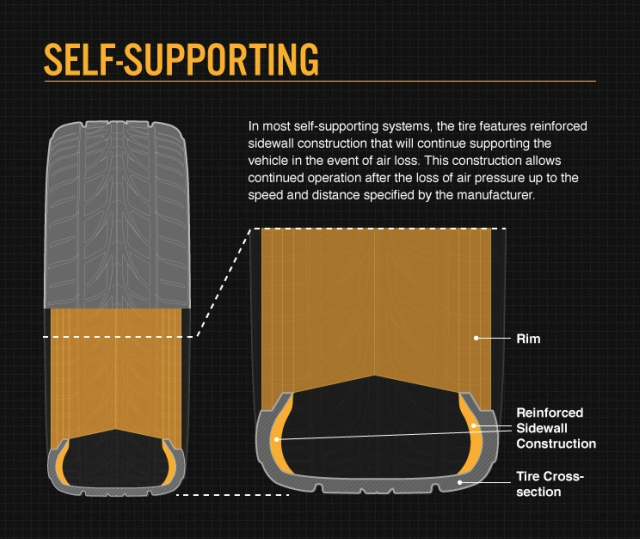 A run flat tyre with a support ring system utilises a ring of hard rubber (or another structure) which is situated inside the tyre itself.

If the tyre loses air then this support ring will support the vehicle’s weight and allow a limited amount of travel. 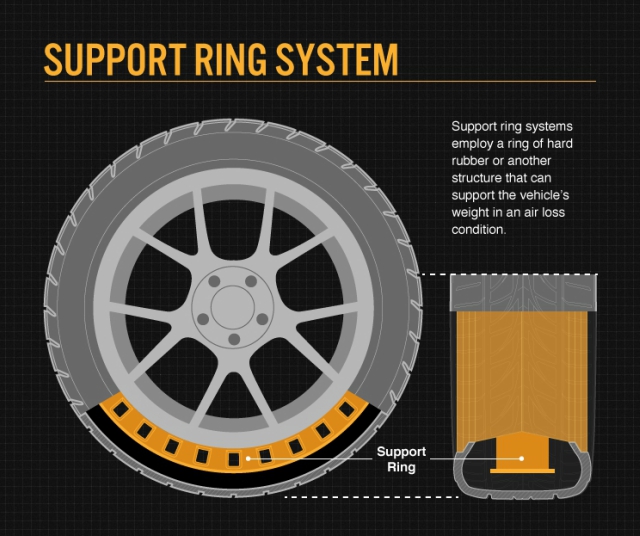 It’s worth mentioning as well that run flat tyres are only usable on cars with a tyre pressure monitoring system (TPMS), which informs the driver if one or more of the tyres on the car has below optimum pressure. A driver in a car which has run flat tyres but no TPMS may fail to realise their car has suffered a puncture before it’s too late.

How much are run flat tyres?

Pricing for run flat tyres can vary quite a bit depending on where you shop and what exact product you go for.

As a general indicator, buying a single run flat tyre new can cost around £60 to £100. You may be able to get a run flat tyre for noticeably less than £60 from a store if it is offered during a clearance sale.

Run flat tyres are typically more expensive than normal tyres. They can be around twice as expensive in fact, and this is therefore a potential argument one could have for opting against fitting a car with run flat tyres.

Can run flat tyres be repaired?

It is very strongly recommended that you ditch a run flat tyre as soon as you can if it has suffered a puncture. While run flat tyres give drivers the ability to continue driving for a limited distance after suffering a puncture, a run flat tyre that has been punctured can’t really be repaired properly. 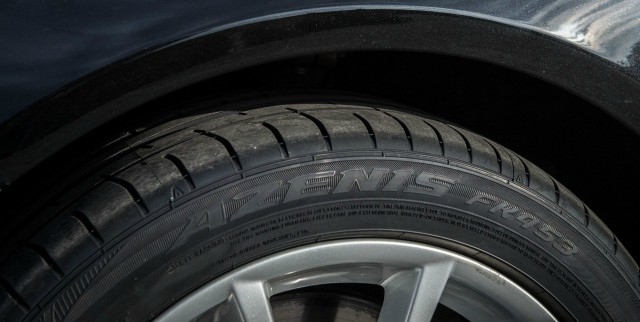 The trouble is that after it has been punctured, it’s hard to tell if the structure of the tyre wall has been compromised and a car mechanic can’t be certain as to whether the punctured flat tyre has covered the recommended post-puncture mileage or not. A run flat tyre can mask the extent of damage which it has suffered.

Can you replace run flat tyres with normal tyres?

It is possible to swap a vehicle’s run flat tyres with normal tyres, but be wary that if the vehicle was originally fitted with run flat tyres, then it was probably designed with such tyres in mind, so some changes to the car’s set-up may be required.

Also, unless you buy yourself an extra tyre for emergencies, you could be left stranded if one or several of your car’s new normal tyres end up with a puncture.