What is a smart motorway?

We explain what the differences between regular motorways and smart motorways, and look into why they are used in Britain.

All motorists are familiar with motorway lanes and should have an understanding on how they work. But during recent years in Britain, there has been the emergence of a different type of motorway – known as a smart motorway.

You might not have yet driven or been driven on one, but they are set to become more common across our local road network. In this guide, we delve into all you need to know about smart motorways, including how they work and where you can find them.

What is a smart motorway?

Smart motorways are motorway lanes which have been adapted so that the hard shoulder can be used as a running lane and variable speed limits can be applied.

The main point of these features is to keep the flow of traffic smooth and consistent.

There are three types of schemes which are considered smart motorways – controlled motorway, dynamic hard shoulder running and all-lane running.

Like with any traditional motorway though, a hard shoulder is only meant to be used in a genuine emergency.

When a motorway has what’s called a dynamic hard shoulder, the hard shoulder can be opened as a running lane to traffic during busy periods of congestion.

The hard shoulder lane has a solid white line accompanying it which stands out compared to the lines on the standard lanes. 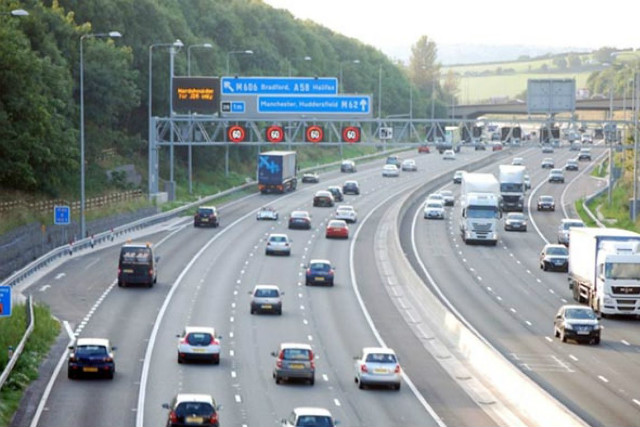 Overhead signs on gantries will indicate if the hard shoulder is currently open to traffic. This information will be displayed alongside details on the current mandatory speed limit. Speed cameras are utilised to enforce the variable speed limits on these lanes.

If an incident occurs on the dynamic hard shoulder lane, then a red X sign will be displayed on the gantry signs, confirming that the hard shoulder should not be used by traffic.

Smart motorways which have all-lane running use the hard shoulder for normal traffic on a permanent basis.

The only times when the hard shoulder may be closed to general traffic is if an incident occurs on it, like a broken down car for instance. Thanks to the extensive use of CCTV, the hard shoulders on all-lane running smart motorways are monitored closely to check for any incidents.

Overhead gantry signs will confirm if the hard shoulder is closed in a similar manner to roads where dynamic hard shoulders are used.

Also, in similar fashion to other smart motorways, these gantry signs can display the current mandatory speed limits that road users are meant to follow. Speed cameras are used to enforce said speed limits.

Smart motorways were created as part of a Government scheme, primarily to reduce congestion, but there are other benefits they bring which led to their creation.

Not only did the Government want a scheme that made it possible to ease congestion on motorways, they wanted to do it in a way that would save on construction, costs, time and the environmental impact.

The table below details which roads in Britain have (on at least one section of it) smart motorways in operation and what schemes exist there.

The list also includes the roads which are expected to get one or several types of smart motorway in the future: