What is Cruise Control?

We answer the most important questions about Cruise Control, including how it works and when it should be used.

Cruise control in cars has become a much more common sight in the last ten or so years. While it used to be seen as more of a premium motoring feature, cruise control is now available on a wide range of cars. It features on many competitively-priced family cars in their higher trim levels, or as an option at least.

It’s a nice luxury to have but if you’re not entirely sure just what it is or how it works then you can learn about it here. In this guide, we answer the most common questions asked about cruise control.

What is cruise control in cars?

A cruise control system is designed to automatically control the speed of a vehicle. When activated, it can maintain a selected speed without the need to use the accelerator pedal.

A more technical way to define cruise control is to describe it as a servomechanism, which means that it is an automatic device that uses error-sensing feedback to correct the performance of a mechanism. In other words, it is a system which can operate and adapt to situations on its own without the need for constant intervention from the user.

When was cruise control invented? 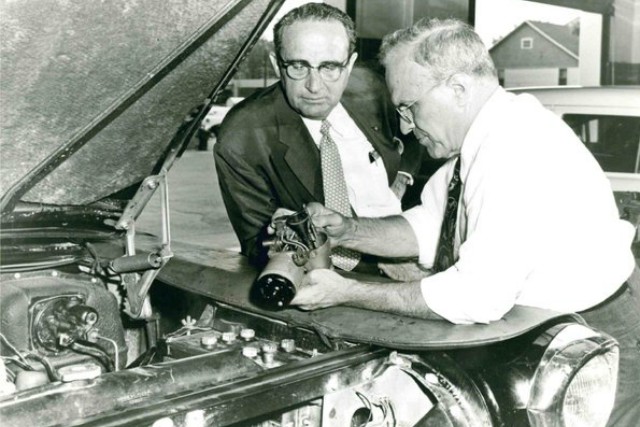 Speed control systems were created for cars as early as the 1900s. However, modern cruise control was invented in 1948 by Ralph Teetor, a mechanical engineer and inventor.

The first production cars to use Teetor’s cruise control were the 1958 models of the Chrysler Imperial, New Yorker and Windsor. Systems which work similarly to how Teetor’s invention functions continue to be offered in new cars today.

How does cruise control work?

In a similar fashion to how the driver does it, cruise control manages the speed of the car via the throttle. The system does this with the aid of either a cable connected to an actuator and the cruise control device or through an electronic arrangement, depending on whether the car uses a cable driven throttle or fly-by-wire throttle. Whereas cables were used in the early days of cruise control, electronic systems are now far more common.

Regardless of the mechanics, the system will come with a computer which tells the cruise control when the car has reached the desired speed or when it’s drifting away from the desired speed. It also informs the system when the brake pedal has been pressed so that it doesn’t fight against the driver but instead deactivates itself.

If you have a cruise control system on your car, you can activate it via an on/off switch. The speed the driver wants to hold is then set, usually by either pressing a button on a stalk or by moving the stalk up and down. These speed adjustment controls (usually showing plus and minus symbols) will likely also allow the driver to adjust the speed again while the cruise control is active.

There will likely be a Cancel button which will deactivate cruise control but will not switch it off entirely. The set speed can be later reassigned with the quick press of the Resume button.

Cruise control is fully deactivated by either pressing the on/off switch, applying the brakes or (if it’s a manual car) by pressing the clutch pedal. Just how exactly the cruise control functions, can vary from car to car, so if you’re unsure about using any of the controls properly in your car, consulting the owner’s manual is worthwhile. 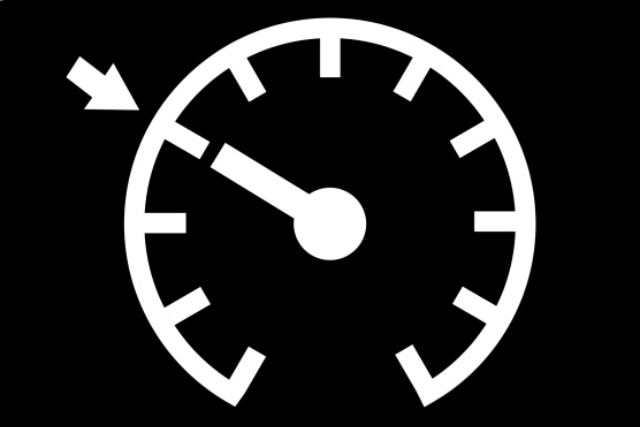 In virtually all modern cars with a cruise control system onboard, the button used to activate this feature usually sports the symbol seen in the image above.

Ordinarily, this same symbol will also appear on the vehicle’s dashboard when the driver activates the car’s cruise control.

When and when not to use cruise control

Cruise control is primarily designed to be used on the motorway, dual carriageways and any other long stretches of road where the speed limit is consistent.

However, cruise control is not really suitable in heavy or inconsistent traffic. This is less of a concern though if you have a more sophisticated cruise control system, which can read and react to the traffic directly ahead.

It is also ill advised to use cruise control when the road conditions offer little traction, so we wouldn’t recommend using it if the road is particularly wet or it is covered in snow or ice.

What is adaptive cruise control? 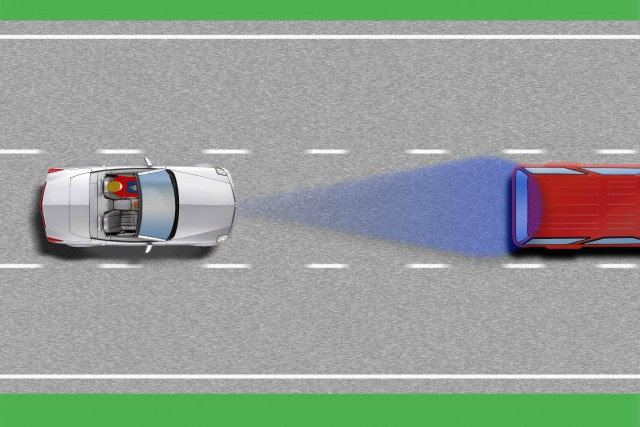 As well as doing all the same functions as a regular cruise control system, an adaptive version also monitors the surrounding traffic with radar sensors. This allows the system to maintain a consistent distance to another car directly in front by applying the accelerator or brakes automatically when the car in front slows down or speeds up. The system can control the speed of the car without the driver’s input when it’s active.

Unlike with standard cruise control, the adaptive form has yet to become that commonplace as a standard feature of cars. It is more likely to feature on cars from premium brands and is usually offered as part of a driving tech-focused optional pack.