New data from Car Keys has shed light on the importance of independent research to new car buyers, with 97 per cent of buyers saying they research their next car online.

An overwhelming majority of new car buyers now research their next purchase online before ever setting foot in a dealership, according to a new survey from Car Keys.

The research, which asked 1,000 people about their car buying habits, found that a huge 97 per cent of buyers use online comparison and pricing websites to lay the groundwork for their next purchase.

According to the survey, 39 per cent of consumers spend more than four months researching their newest purchase, with 59 per cent taking more than eight hours in total to swot up on their next car. 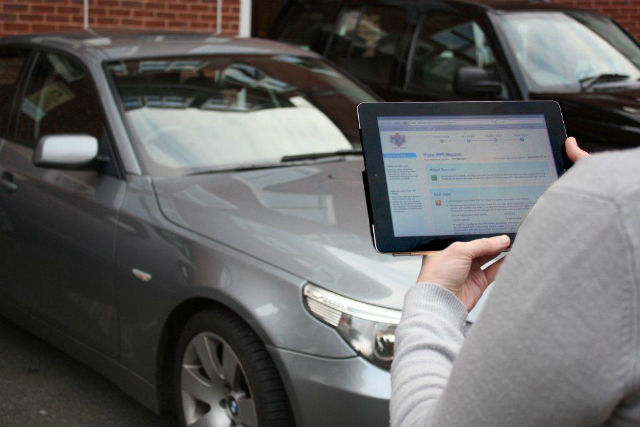 Consumers appear to base their opinions on independent, professional reviews the data shows, after 63 per cent of the respondents said that they’d trust these above all other information.

Editorial reviews are likewise high on consumers’ lists with exactly half of the respondents saying they’d use these, while branded content accounts for 37 per cent of buyers’ preferred research sources.

When it comes to making a purchase, buyers are also likely to move more quickly towards an order the more research they’ve done, the data says, with 68 per cent happy to put an order in less than a month after completing their research. 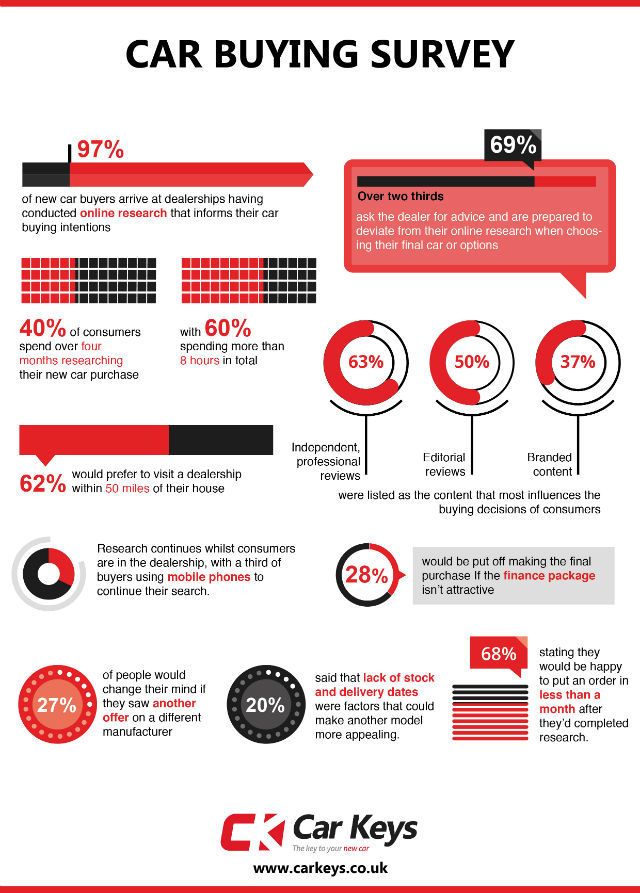 Chris Smith, head of Car Keys, said: “The wealth of online information, in the form of video reviews, editorial content and peer advice, means that car buyers are arriving at dealerships much more informed about what their requirements are.”

However, although online research is becoming increasingly important to buyers, the data shows that the traditional dealer network is still a vital part of the process.

The research suggests that more than two thirds of buyers will also ask dealers for advice and will be prepared to deviate from their prior research when choosing options or their final car.

Overall pricing provided by the dealer is also still massively influential, while 63 per cent of buyers would prefer to call in to a dealership within at least 50 miles of their house if possible. 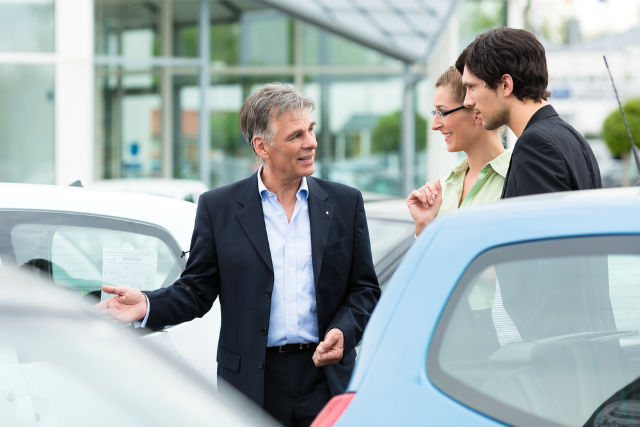 Even still, 29 per cent of the respondents said that they would be put off the final purchase if the dealer’s price isn’t attractive, while 28 per cent said a better offer from a different manufacturer might sway them.

Mr Smith added: “The ability for dealers to connect with consumers early on in this process, from presenting their offers and deals to understanding what their customer is looking for, provides a smarter sales mechanism.

“Consumers benefit by being able to drive away with a car that is better suited to their budget and requirements.”