Way back in 1973, 82bhp was enough to land the Simca 1100 TI the title of the world’s first performance hatchback. Things have certainly changed since then, but one thing’s still true: the fact that Brits can’t get enough of the hot hatch.

At the root of the enduring popularity of the hot hatch is the fact that they offer the same function and practicality as a regular hatchback, but with a heck of lot more fun stuffed under the bonnet that’ll handle track days and school runs with equal ease.

Although it was the British who coined the phrase ‘hot hatch’ in the early 80s and who popularised the format, it’s actually a team of bored German engineers who we have to thank for it.

The notion of dropping a powerful engine into a standard car model was no new concept by the 1970s; after all, it was this that spawned the birth of the American muscle car in the early 60s, beginning with the Pontiac GTO. However, while US buyers were more interested in quarter-mile straight line race times, the trend in Europe leaned towards light cars that could handle well around a corner.

Enter a group of Volkswagen engineers, who put their spare time to good use by modifying a standard Golf in an effort to make it faster in both straight lines and also zippier around the corners. The results proved encouraging and so by 1975 this Frankenstein’s monster had gained new wheels and a flashy red trim and the very first Volkswagen Golf GTI made its debut at the Frankfurt Motor Show. 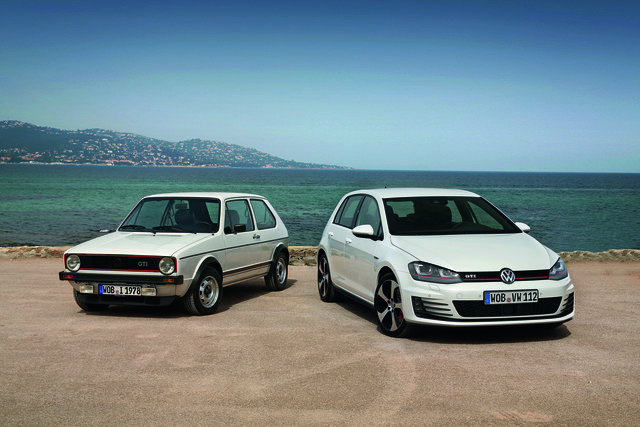 The Golf GTI wasn’t the first hot hatch, as it was beaten to the punch by the Simca 1100 TI, Alfa Romeo Alfasud and Autobianchi A112 Abarth by a few years, but it was one of the best. Lightweight construction meant that it could outrun the Ferrari 308 on country lanes, and a 0-62mph sprint time that clocked in at a shade over nine seconds meant it wasn’t far behind on the straights either.

Sending ripples throughout the industry, the Mk I Golf GTI went on to spawn a huge range of competitor cars built by other manufacturers, including the Ford Escort XR3, Renault 5 Turbo and Peugeot 205 GTi. Europe had been bitten by the hot hatch bug.

Despite the fact that hatchbacks have never really caught on in the US, following the success of high-output compact cars in Europe, it didn’t take long for engineers across the pond to try to capitalise on the hot hatch concept. In 1984, Dodge released a tuned-up version of its small Omni hatchback, dubbed the Omni GLH, which stood for “Goes Like Hell”.

While the Omni enjoyed relative success in the late 70s, by the time the GLH was released the car’s popularity was quickly dwindling. The addition of a turbocharged GLH-T version did little to help, in spite of the fact that the Omni GLH enjoyed cult status amongst enthusiasts for its light weight and rev-happy engine.

In fact, legendary tuner Carroll Shelby even bought up 500 black Omnis in 1986, boosting output to 176 horsepower, adding stiffer suspension and a range of other performance upgrades to create the GLHS. The letters standing for “Goes Like Hell S’more”, naturally. 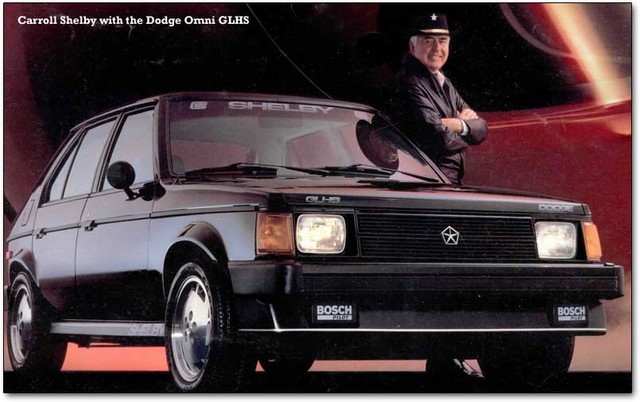 In spite of the Yankees’ best efforts, Europe remained the strongest market for small hot hatches, primarily Britain, where the rise of Yuppie culture in the early 1980s fuelled the nation’s thirst for fast, fun and practical compact cars.

The de facto choice for the 80s businessman, with his red braces, Filofax and six-figure salary was the 911, but those who were climbing the ladder still had the same desire for high-performance and prestige without breaking the budget. Greed was good; speed was better.

As a result, manufacturers began marketing directly to these young, nouveau-riche men with a lust for power, excitement and ostentatiousness, and who were buying up fast hatchbacks at an unprecedented rate unseen anywhere else in the world.

One of the best examples of Thatcherite-era advertising was Peugeot’s TV spot for the 205 GTi, which saw the lithe Pug duck and dive its way out of the path of rockets launched at it from a Lockheed C-130 Hercules bomber. Symptomatic of the decade’s obsession with over-the-top excess, the 205 GTi nonetheless went on to become a runaway success and one of the most revered hot hatches of all time.

By the 1990s, domestic European hatchbacks had fallen by the wayside somewhat, thanks to the large influx of Japanese brands. The most popular performance hatchback of this decade with the Honda Civic Type R, with its 125 horsepower 1.6-litre VTEC engine. 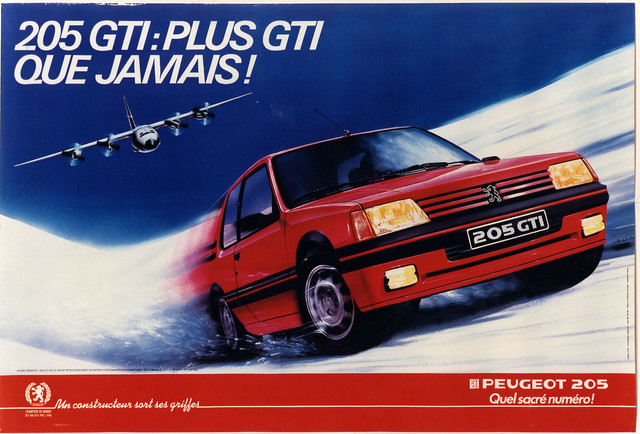 Able to push from 0-60mph in 7.5 seconds, the first-gen Type R also came with disc brakes as standard, which allowed much better stopping and cornering ability than ever before, something which went down extremely well with British buyers.

The more popular that the Type R became, the more the availability of aftermarket products grew, making the car incredibly popular among the burgeoning import tuner subculture in the UK.

Likewise, there can be no denying the impact that the release of The Fast and The Furious in 2001 had on the hot hatch market in recent. Ubiquitous enough to soak their way into nearly every aspect of automotive culture, the series taught an entire generation of action-hungry American car nuts that you didn’t need a big-block V8 to have fun.

For Brits, it stoked the love affair with the hot hatch, particularly for younger drivers in the market for thrills that were cheap, but no less hair-raising. As anybody who’s ever watched a pack of teenagers get their mitts dirty in the engine bay of a Vauxhall Nova GSI will tell you, what better platform is there for a budget racer than a hot hatch?

By the 2000s, the hot hatch had become a class of its own rather than consisting simply of jumped-up versions of regular hatchbacks. Engine outputs swelled well beyond 200bhp and compact performance cars gained a new range of aposematic colouring like Ford’s now-iconic Deep Impact Blue and the retina-searing neon greens and oranges of the second-generation Focus RS. 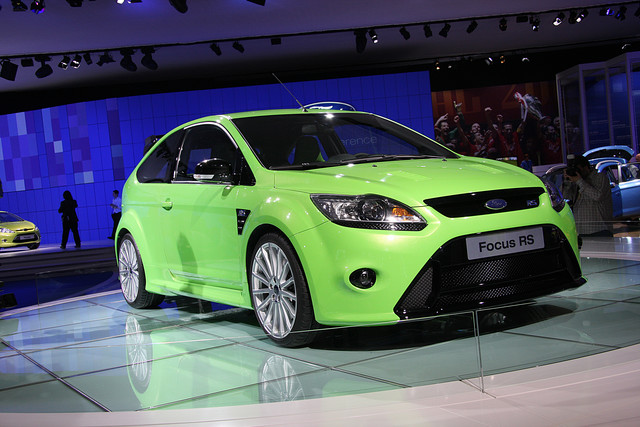 Manufacturers also started to emphasis the sub-brands of their hot hatch derivatives, with Renaultsport, Vauxhall VXR and Abarth all taking on lives of their own as bona fide performance offshoots.

Skip to the present day and the hot hatch format is as popular as ever, appealing to drivers of all ages, abilities and needs. Old favourites live on in the form of the Golf GTI and the Peugeot 308 GTi, while any number of muscular but practical newcomers have crawled out of the woodwork to stifle buyers’ unending thirst for excitement.

Performance enthusiasts are now more spoiled for choice than ever and, with the release of the new Honda Civic Type R, Corsa VXR and the upcoming Ford Focus RS, there’s never been a better or more cost-effective time to be a hot hatch fan.