Ariel has unveiled a new prototype version of its Atom high-performance sports car that uses technology banned from Formula One for being too fast.

Nicknamed the Vacuum Cleaner, the new Ariel Atom AERO-P features two fans mounted under the car’s floor that actively pull the car down on to the road to generate immense levels of downforce.

The technology was previously used on the Brabham GT46B Formula One car in the 1970s, but was banned before the car’s racing debut because it gave the Brabham an unfair advantage. 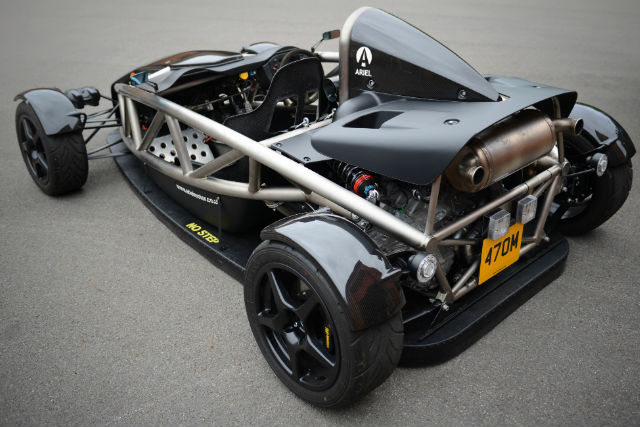 Banned from F1 for being too fast

However, it solves one of the trickier problems in sports car design, where wings and spoilers are used to increase downforce but at the same time generate more drag, slowing the car down.

Traditional aerodynamic wings offer a compromise between grip and speed, but the fan system works at all speeds and can generate downforce without sacrificing speed or stability.

The Atom AERO-P uses two lightweight, high speed fans which are mounted on the bottom of the car, powered by a standalone battery pack. 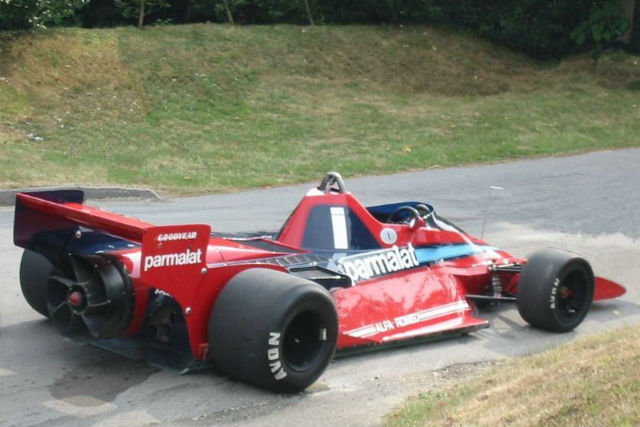 According to Ariel, the car can generate three times as much downforce as it can with standard wings and spoilers, and founder Simon Saunders says that it’s just the first part of a larger plan.

He said: “We’re already making about three times the downforce as aerofoils, but this really is just the first step and a very early stage in what is a large and complex project to bring to a production reality, so we have a lot more work to do.

Unfortunately, the car is still just in the development stages and currently isn’t available to buy, but if Saunders’ comments are anything to go by, you can expect a production model in the near future.