The story behind Dubai's abandoned supercars

What's the story behind the thousands of supercars abandoned in Dubai every year?

A limited edition Ferrari Enzo, multiple Lamborghinis, Porsches, Bentleys, Nissan Skylines and even a Honda NSX. Just some of the several thousand luxury supercars left to rot in airports and car parks across the United Arab Emirates every year.

Most large cities will have to tackle problems like unemployment, crime and housing issues, but Dubai’s surplus of abandoned luxury cars has become such an epidemic that it’s made international headlines across the world.

According to the newspaper Gulf News, there are some 2,000 to 3,000 cars abandoned each and every year in Dubai, simply discarded and left by their owners to gather dust in the searing desert heat. 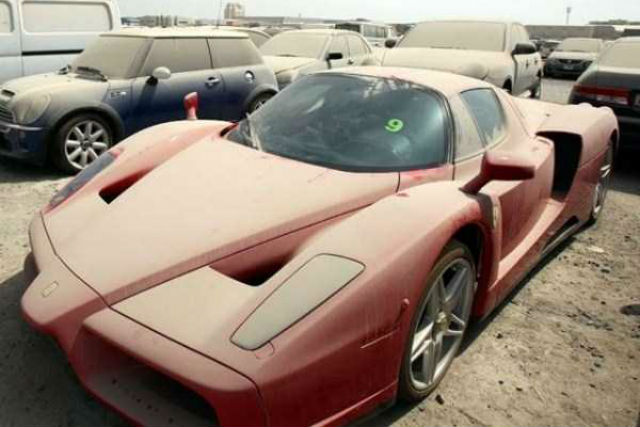 Abdul Majeed Saifaie, director of Dubai’s waste management department, says that some of the cars are eventually moved and impounded if they obstruct roads or impact on safety, but others are left as they were, sometimes for years before they’re recovered.

Pictures of the cars, including that £1 million Enzo, have sparked fury on social media, with many assuming that the hyper-wealthy citizens of Dubai are so rich and so numb to the value of the things that they own that they simply leave the car when they’re bored and get another.

However, in truth one of the primary reasons that so many expensive luxury cars end up abandoned is due to Dubai’s struggle in the face of the effects of the global financial crisis, along with plunging oil prices.

Many of the cars belong to foreign expats, among them Brits, who travelled to cities like Dubai and Abu Dhabi in search of high-flying careers but who started to struggle when the UAE came upon hard times. 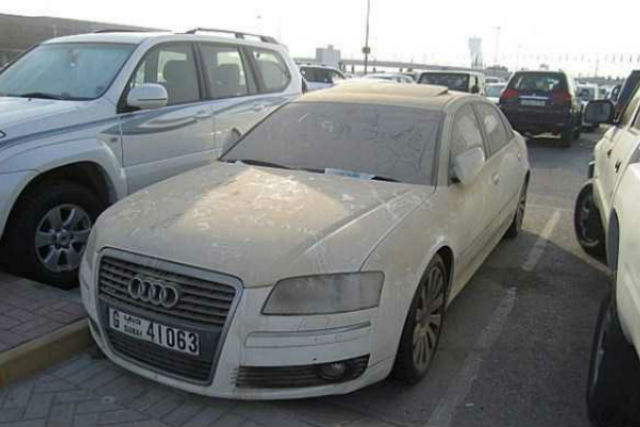 In the case of the aforementioned Enzo owner, he was allegedly a British expat who abandoned not just his car, but his entire life in Dubai after defaulting on the supercar’s finance payments and fleeing the city to avoid imprisonment.

Throughout the past five or six years, luxury cars including Ferraris, Koenigseggs and pricey BMWs have all been abandoned as their owners flee bankruptcy brought on by financial crises. 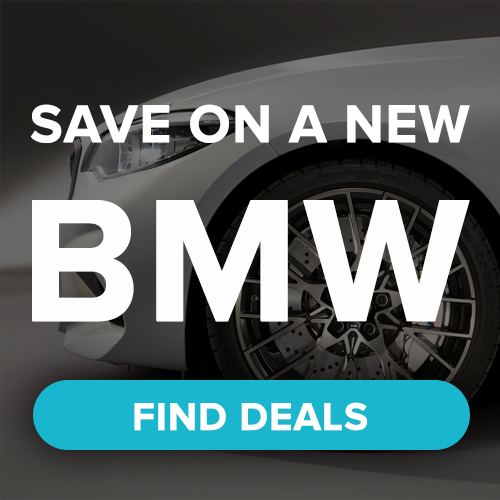 Under Sharia law, which is observed across the vast majority of the Middle East, non-payment of debt is a criminal offence. The UAE has no bankruptcy laws, so there is no protection for those who fail to meet their car repayments, pay off their credit cards or default on their mortgage, even accidentally.

Anyone who fails to make their payments faces imprisonment in the notoriously tough prisons of the United Arab Emirates, and the Sharia-influenced debt offences have even led Interpol to circulate red alerts to capture indebted Europeans attempting to flee the UAE. 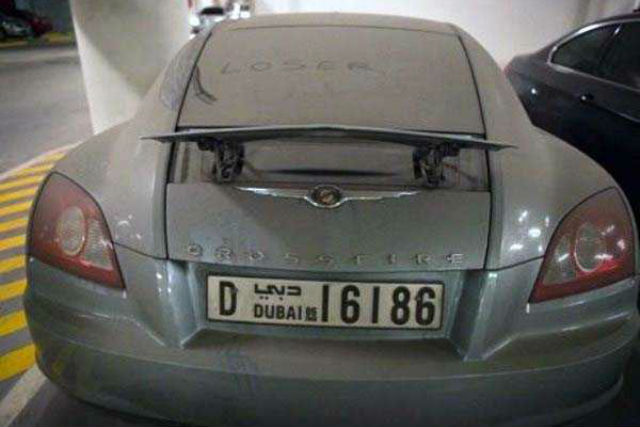 Criminal offence to default on loans

There have been previously recorded cases of foreign workers being prevented from leaving the Emirates after being blacklisted for simply missing one credit card payment or bouncing a cheque. As a result, many expats are forced to abandon their lives to avoid jail time, often with their car keys still in the ignition.

However, the spate of abandoned cars isn’t just an exclusive tactic of expats on the run, but of many locals as well, sucked in by Dubai’s richer-than-rich attitude in a dangerous game of keeping up with the Joneses.

Speaking to Business Insider, one British expat who wished to go unnamed said: “It's not just expats to blame for the irresponsible act of leaving expensive cars behind as they flee their debts, but many locals too. The aftermath of the global financial crisis affected people from all walks of life, not just foreign workers. 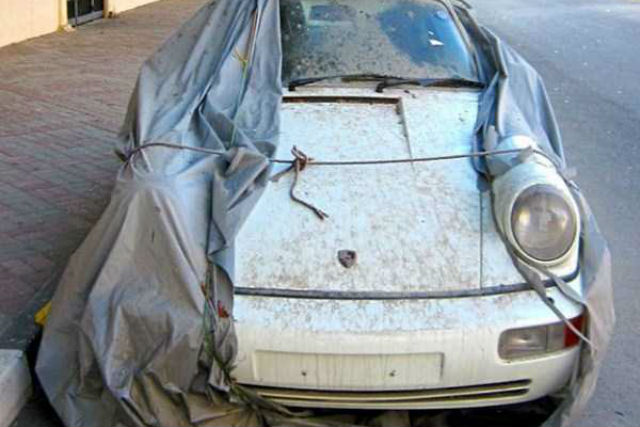 “Many took out big loans to finance flashy cars to keep up with their peers. But when things slowed down they have struggled to make repayments and have fallen into debt. Foreigners and locals have been caught out alike.”

The figures reflect this as well, with a recent number of cars impounded by the Municipality of Abu Dhabi shown to include a mixture of both foreign and Emirati former owners.

If there’s one good thing to come of the UAE’s abandoned car epidemic, it’s that car lovers can at least pick up some phenomenal machines at discount prices. Owners of luxury cars impounded by police have 15 days to come and claim their vehicle, before the car is auctioned off. 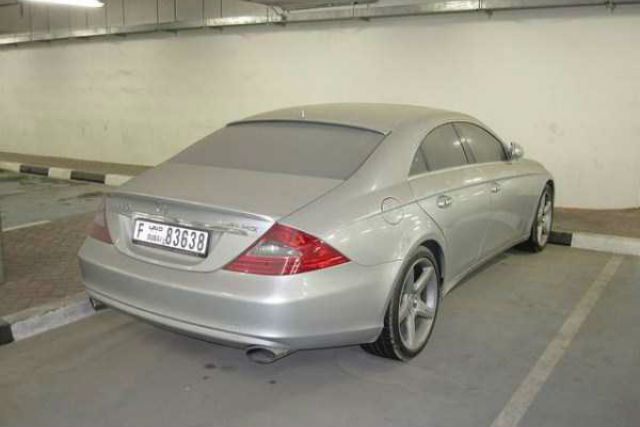 'Dangerous game of keeping up with the Joneses'

Most of the cars are sold by the authorities for pennies on the dollar, and given that thousands of cars are auctioned off each year there is at least an opportunity to get yourself a serious bargain. Just make sure you can afford the repayments.

Expats and Emirati nationals alike play a dangerous game in attempting to maintain the country’s de facto hyper-luxury lifestyle, which ultimately can prove to be a destructive one. Here in the West, it’s hard to imagine anybody thinking that a person should go to prison for struggling to keep up with their debts.

But then, you also have to wonder about the destructive impact of a system that makes it so easy for people to get into that much debt in the first place.