If you’re a car fan, you probably grew up with at least one poster of a supercar on your bedroom wall.

Whether it was a Porsche 911 Turbo, Ferrari F40 or a Bugatti Veyron, the posters and videos gave our imaginations an idealised version of a world where our garages are full of exotic cars we’d drive hard and fast forever.

Yet the world isn’t perfect, and the vast majority of us will never get the chance to own a supercar, never mind a garage full of the things. There is a chance, though, whether through pure luck or circumstance, that any one of us could achieve that dream and own an expensive, exotic car.

But what’s it actually like to buy and own a supercar? Turns out, those childhood dreams also left out quite a few important details…

1. You will get asked a lot of questions

People who tend to shy away from attention need not apply for supercar ownership; one of the downsides that many owners report is that they get a constant stream of questions and enquiries from strangers.

It’s a bit like winning the Lottery; all that money seems like a great idea, but sooner or later you’ll realise that a lot of attention, much of it unwanted, will inevitably soon follow. As a side note, if you’re a recent Lottery winner on your way to buy your first supercar, consider this a double warning!

The majority of drivers take for granted how uneventful the typical day is, but you can expect to take an extra 20 to 30 minutes getting anything done in your supercar. Filling up the tank? Picking up something from the supermarket? Fancy a drive through? As soon as you’re out of the car you’ll find yourself boxed in by people asking at least two or three of the above questions.

On the plus side, if you didn’t get out much before buying your supercar, you’ll soon find your dance card full.

2. People will always be taking pictures of you 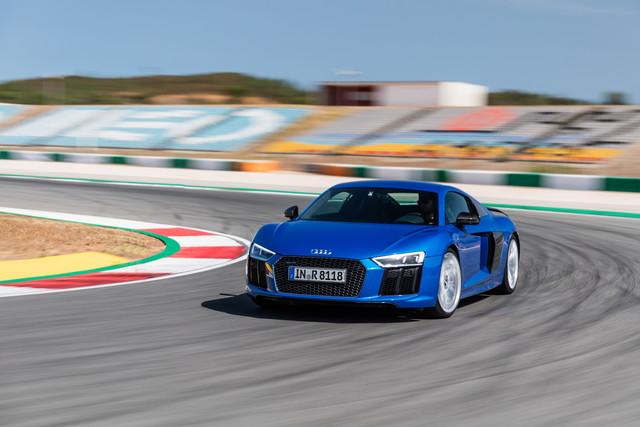 There’s a reason there are so many videos of people in supercars doing super stupid things like setting themselves on fire and crashing into the central reservation.

You might think that the sort of people who buy massively expensive and massively powerful cars are either too rich or too stupid to care. The truth, however, is that so much stuff ends up on camera because everybody’s going to be filming your every move, wherever you go.

As well as being extra careful whenever you go for a drive, it’s probably worthwhile getting some kind of camera or dashcam yourself. Cars will stop in the middle of a road to stare at you, people will lose their minds on the street. You’ll want it all on camera in case you ever have to make an insurance claim because some drunken mouth-breather decided to clamber on your bonnet.

3. You’ll be a better driver, or you’ll pay for your mistakes 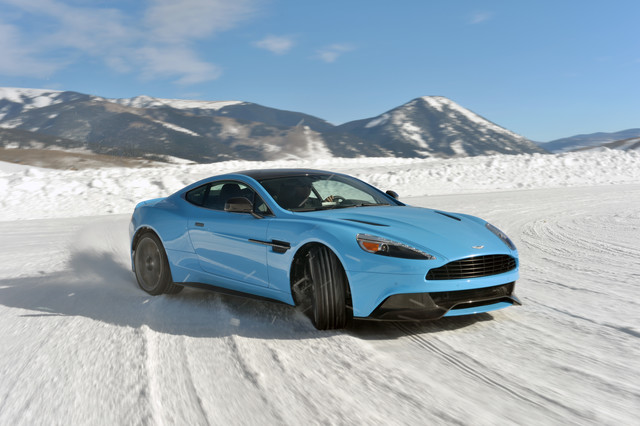 You’re driving something that costs more than the average house and surrounded by people who drive as though having an accident is their sole goal in life; you’ll learn the meaning of situational awareness pretty quickly.

One often overlooked thing to bear in mind is that supercars are built to stop much better than the majority of everyday cars on the road, so concentrating on what’s behind you is just as important as keeping an eye on what’s in front, lest you get rear-ended.

Likewise, factory-fitted sporting tyres might be great for setting hot lap times, but throw even a few millimetres of rain at them and you’ll be crawling along the motorway at 30mph while fearing for your life.

Drivers will glue themselves to your blind spot while they rummage for a smartphone, tailgate you to take videos and overtake you to slow down and get a selfie with you in the background. Then there are the folks that will make a U-turn in the middle of a one way street to wind the window down and say: “Nice car”.

Bear in mind that a supercar will also be a magnet for police attention, whether you’re driving like a hooligan or not. Most supercar owners have plenty of stories about being pulled over by over-zealous coppers, some of whom want to catch you out and some of whom just want a better look at your whip.

4. Buying it won’t be as easy as you think 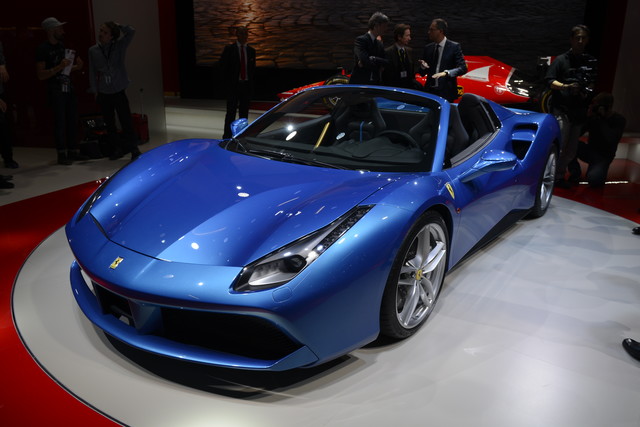 If you’re the sort of person who thinks that the buying process even for a regular car can be a nightmare, be aware that buying a supercar will multiply that stress tenfold.

For a start, if you’re going to end up spending £100,000-plus on a car, you’re going to want it made your way. That means picking out specific paint options, interiors, add-ons and a multitude of other things. It won’t help that the vast majority of supercar dealers exclusively do business in person rather than online or over the phone, either.

Some supercar dealers, particularly Ferrari dealers, even go so far as to demand to see a history of ownership of their older cars before even allowing you to buy a new one, while many won’t take any buyer under 40 seriously.

To be fair, it’s somewhat understandable with the amount of attention they get, but expect them to ask for a sizeable deposit in order to prove your intentions. With a high enough credit score, car purchase history and a reasonable deposit, most buyers won’t have trouble getting finance for a supercar, but just make sure not to get in over your head.

Be aware, though, that getting finance is the easy part. Insurance, on the other hand, is an entirely different beast, mostly due to the fact that only a handful of companies will touch cars worth £100k or more. Still, with persistence, the right paperwork and a clean record, you’ll be able to have the car of your dreams on your driveway. Just don’t expect your premiums to be cheap.

5. You’ll become 'that guy' when parking 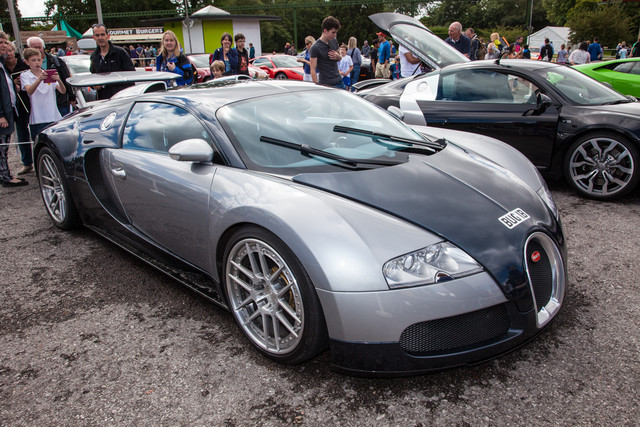 Spend enough on a car and even the most morally-upright of drivers will start looking at disabled spaces in a different light.

Some owners will act on this misplaced sense of entitlement and straddle themselves across five or six spaces, while others will simply try to park as near the back of the car park as possible. Either way, the slightest mistake you make will be documented, so don’t be surprised if you see yourself on social media under the caption “IDIOT DRIVER”.

6. Prepare to deal with the fanboys

When you’re not busy getting hated on by every other driver on the road, you’ll no doubt come face to face with fellow enthusiasts, some of whom will be borderline obsessive over your car.

Eschewing the more objective questions favoured by other interested passers-by, they’ll skip straight to things like “How many pistons in those front brakes?” and “Is that port or direct injection?”

They’ll do borderline stalker things like stand next to your car for half an hour or more when you leave it unattended and put notes on your car asking you to call them. Bolder individuals will even enter a coffee shop and declare to know who owns your car.

7. Everyone will think you’re having a mid-life crisis 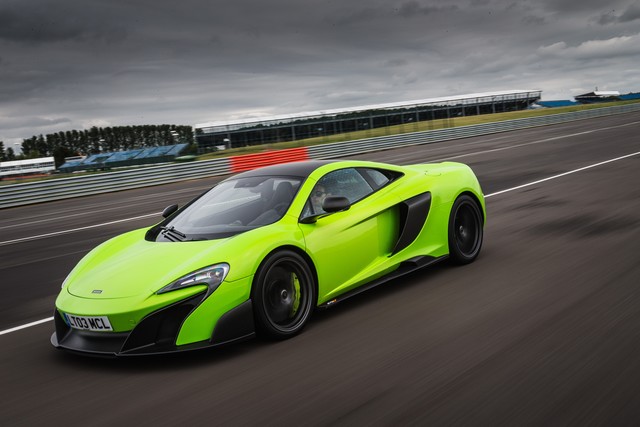 "What’s the difference between a Lamborghini and a cactus? A cactus has the pricks on the outside."

You’ll have to get used to jibes like that and many others if you decide to buy a supercar, and learn to deal with haters and trolls who’ll have no qualms telling you how wasteful and unnecessary your car is.

People will also tend to assume that, no matter what age you are, you’re undergoing a mid-life crisis, a divorce or some sort of other hardship that’s made you decide to cough up £100,000 worth of escapism.

Tactfully ignore them. They want you to feed their indignation and they’ll rarely follow you when you take the high road, even if you’re taking it at 120mph.

8. If you’re a car person, it’ll be the best thing you ever buy 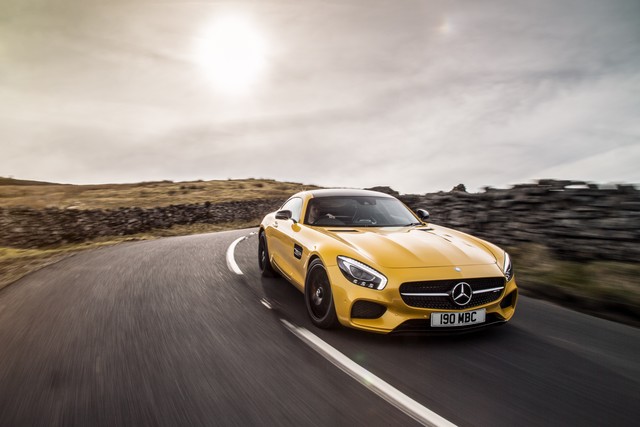 If you’re an automotive fan and buying a supercar for the right reasons, then despite all the negative attention, high costs and other drawbacks, it’ll be well worth the effort.

Supercars are designed and engineered specifically to provide you with an experience, and aside from the instant celebrity status you’ll get, the main part of the experience is the car itself.

The best feeling will come when you’re alone with it on an empty road out in the country somewhere, with no camera phones in sight. Let it loose a bit, feel the power, the grip, the noise and later, when you park it in your garage, get out and take a good, long look at that beautiful piece of moving art.

It won’t come cheap and it won’t come easy either, but if you have the money, the patience and the desire, outside of getting married or having children, owning a supercar could be the most involving and emotional experience of your life.