Why smoking is bad for cars

Smoking in cars has been a hot topic in the news recently, but it's not just the health of passengers that needs to be considered. The condition and value of cars themselves can be severely affected.

The topic of smoking in cars has been receiving plenty of coverage recently, following confirmation of a ban on doing this while children are onboard.

From the start of this October, drivers in England and Wales will face fixed penalty fines of £50 if they are caught smoking in their car while carrying a passenger aged under 18 onboard. This applies to anybody smoking with children onboard and not just strictly parents.

The new law has been created to protect children from the dangers of second-hand smoke. But really, there’s plenty of other reasons that could motivate one to not smoke in their car, whether there’s children onboard or not.

That’s because smoking in a car isn’t just bad for the passengers but it can also harm the car itself too.

Cars may not be living, breathing things but there are several ways they can be affected long term when someone smokes inside them, harming their quality and value in the process.

So just how is smoking bad for cars? Well for one, it can make the inside of it stink. The odour left by cigarette smoke can be tough to wash out of clothing, but with cars the situation is exacerbated because parts of the interior can’t simply be removed for a wash.

That means the smell created by cigarettes can linger in a car. This can lead some car owners resorting to putting potent air fresheners in their vehicles, which will mask such odours but aren’t that much of an improvement.

Even worse, the smoke secreted from cigarettes can also discolour any fabrics in cars, such as those used for seats. 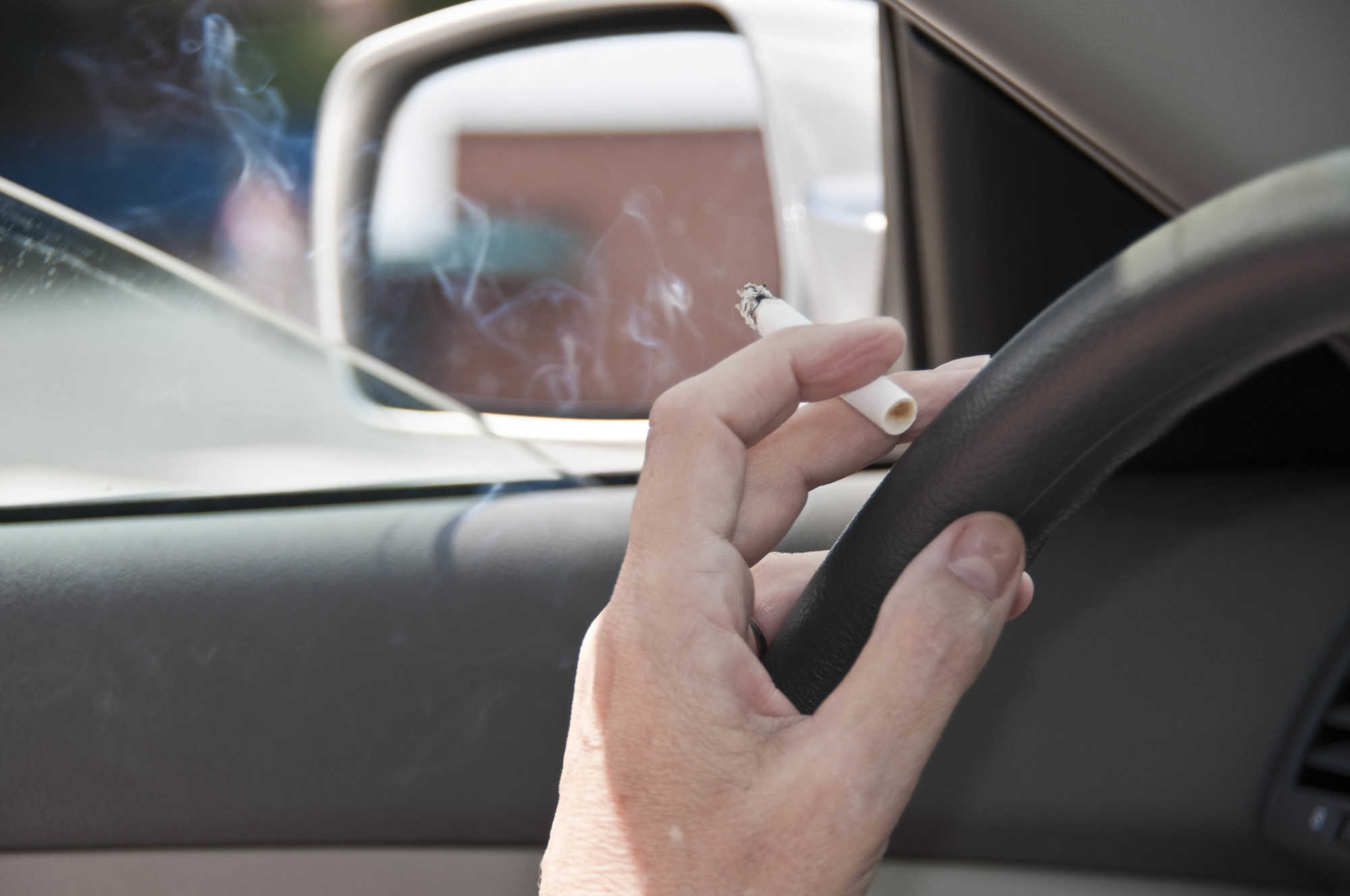 If you own a car for a long time, then it’s inevitable the fabrics will become discoloured without proper maintenance, but smoking can speed up this process dramatically.

These problems end up affecting another issue, specifically the value of the car if and when the owner decides to sell it on. This is something that several groups have brought up in the past.

The British Medical Association has highlighted research showing that because of people smoking within them, the levels of toxins in a car can be up to 11 times higher than in a smoky bar.

British Car Auctions’ PR Manger Tim Naylor said that “if drivers aren’t motivated by the health of their passengers, perhaps they will be by the diminishing health of their finances.”

He added: “Lighting up inside a car seriously devalues the vehicle for resale.

“Our research shows that presentation is one of the top factors influencing the price of used cars. So if a car is more like an ashtray on wheels, chances are buyers will move on to find one that looks and smells fresh as a daisy.

“Motorists should avoid having a cigarette in their car, especially if they intend to sell it in the near future. This will avoid the lingering smell of cigarettes in the interior, as well as eliminate the risk of scorch marks on the upholstery or dash. All of these things will put buyers off, even if they smoke themselves.”

So, if you’re thinking of having a smoke in your car, it’s not just yourself and anyone else onboard that’s worth considering. It’s also worthwhile pondering how much you value your car and just how badly you want to keep it in the best condition possible.