Your next car could be made of fungus

Outside of pollution, overpopulation and climate change, dependence on plastics is one of the biggest environmental issues the world is currently facing.

Plastic, as any primary schooler will tell you, doesn’t degrade, and as a result it’s filling our landfills and oceans faster than we can possibly get rid of it. However, scientists and designers have come up with a viable replacement that could make its way into your car soon: fungus.

Professor Han Wösten from Utrecht University in the Netherlands has been working on harnessing the abilities of fungi’s filament-style growth. Able to grow within various waste materials, it can simultaneously decompose and reinforce them; when grown within wood pulp, the result turns out something a little like cork.

In Zaandam, designers have already used this method to build furniture by encouraging the fungus to grow within potato starch. Once it’s fully-grown, the fungus is then baked in a drying oven, with the result strong enough to support the weight of a fully-grown person. 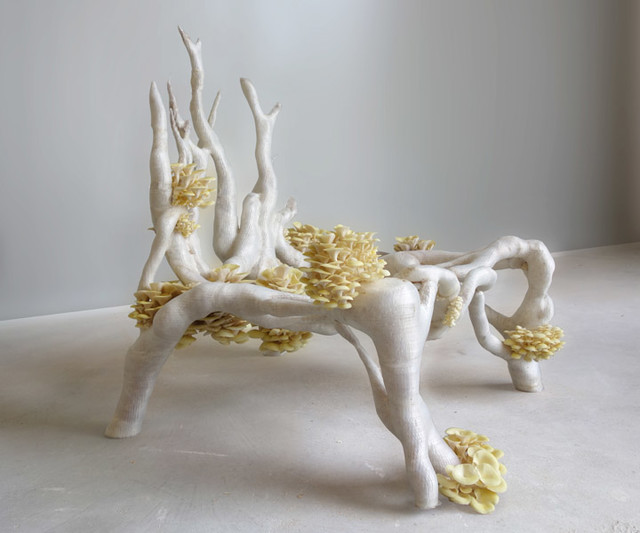 Even more amazing still, fungus can also be grown to emulate different types of plastic, with elastic, rubbery versions or hard materials both able to be produced from the same type of fungi.

Taking up less resources and energy to produce than oil-based plastics, it’s also biodegradable despite being strong and resilient enough to be used like regular plastic. As a result, dashboards, components and even body panels for cars could soon be grown rather than milled at a steel plant.

Several automakers, including Ford and Mazda, have already started exploring the possibilities of using organic materials to manufacture parts and components for use in automotive applications.

Last year, Mazda announced the development of a new bio-based plastic, which the manufacturer says will be used for exterior parts in the future. Engineered from materials derived from plants, Mazda says that the new bioplastic will decrease the environmental impact of manufacturing, while also reducing oil use and CO2 emissions. 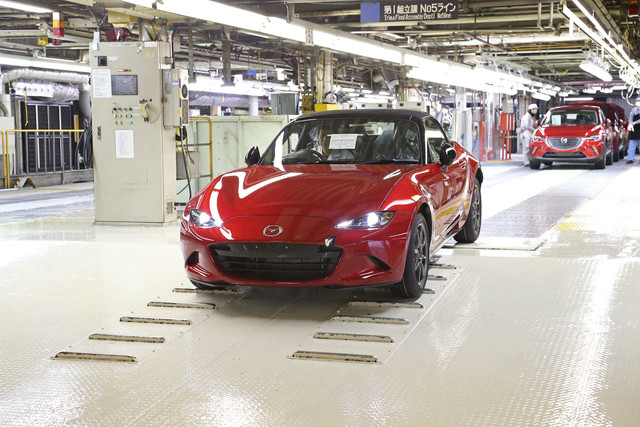 It also has the ability to be dyed to any colour, and Mazda says that it can still hold a smooth mirror finish just like a regular panel, reportedly of an even higher quality than traditional painted plastic. The firm also states that it’s more weather, scratch and impact resistant than previously-developed parts, with the added bonus of being highly mouldable.

Likewise, Ford enlisted the help of ketchup giant Heinz to help find materials for the cars of the future. The carmaker has explored the use of tomato fibres to create sustainable composite materials.

According to Ford, dried tomato skins could be used to create wiring brackets, a storage bin for coins and other small items, with the manufacturer’s researchers currently testing the material’s durability.

Ellen Lee, Ford’s plastic research technical specialist said: “We are exploring whether this food-processing by-product makes sense for an automotive application. Our goal is to develop a strong, lightweight material that meets our vehicle requirements, while at the same time reducing our overall environmental impact.” 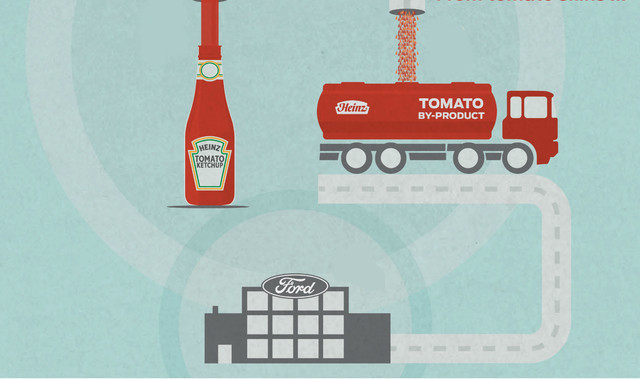 In addition to Heinz, Ford has also collaborated with a range of companies including the Coca-Cola Company, Nike and Procter & Gamble. With their help, the aim is to try and develop a 100 per cent plant-based plastic that could be used to make everything from fabric to packaging. The main benefit of such a creation is that it would have a lower impact on the environment than traditional petroleum-based plastics that are currently in use.

Recently, Ford has increased its use of recycled non-metal and bio-based materials with the inclusion of cellulose fibre-reinforced console components and rice hull-filled electrical cowl brackets introduced in the last year.

As well as the dried-tomato material, Ford already have a total of eight other materials currently being produced for its ‘bio-based’ portfolio. These include composite materials made from coconuts, recycled cotton material for carpeting and seat fabrics, as well as soy-based foam seat cushions and head restraints.

The company’s commitment to reduce, reuse and recycle is part of their global sustainability strategy. It aims to lessen their environmental footprint while accelerating the development of fuel-efficient vehicle technology worldwide. 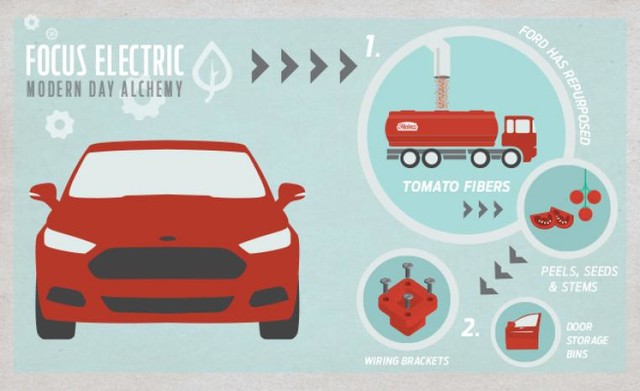 At Heinz, researchers have also been aiming to do the same. They’ve been busy looking for innovative ways to recycle and repurpose peels, stems and seeds from the more than two million tonnes of tomatoes that the company uses annually. This is what the company uses to produce its best-selling product, Heinz Ketchup.

Vidhu Nagpal, associate director, packaging Research and development for Heinz said: “We are delighted that the technology has been validated. Although we are in the very early stages of research, and many questions remain, we are excited about the possibilities this could produce for both Heinz and Ford, and the advancement of sustainable 100 per cent plant-based plastics.”

Plant-based plastics are already in use on a number of cars currently available on the market, including the Toyota Aygo, which uses bio-plastics on some of its parts.

It’s not all good news, however, after a London driver reported that his Aygo suffered extensive damage after it was ravaged by a gang of squirrels, who were apparently attracted to the plant-derived plastic. 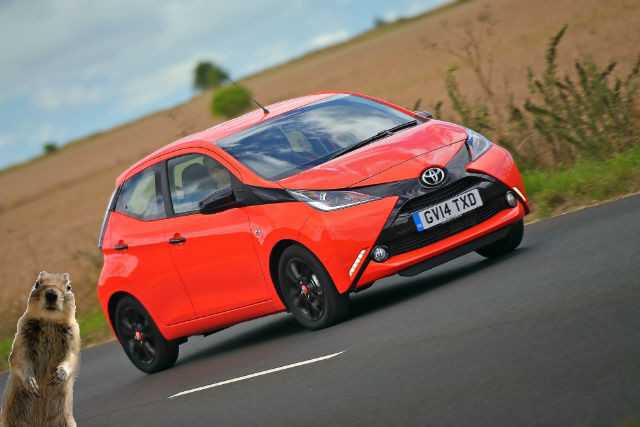 The driver, Tony Steeles, said that the rodents stripped his car of its aerial, rubber trim and several of its sensors, all of which use materials made from plant-based compounds.

Things only get weirder and more wonderful from there, with scientists at the University of Portsmouth claiming that the secret to the cars of the future could lie in the most unlikely of places: with the simple limpet.

According to the university’s findings, limpet teeth are made from the strongest naturally-occurring material on the planet, and could be used for everything from bulletproof vests to ultra-tough car finishes.

Made from the super-hard mineral goethite, limpet teeth allow the animals to scrape food from rock surfaces, but could also be manufactured to improve mechanical engineering components. 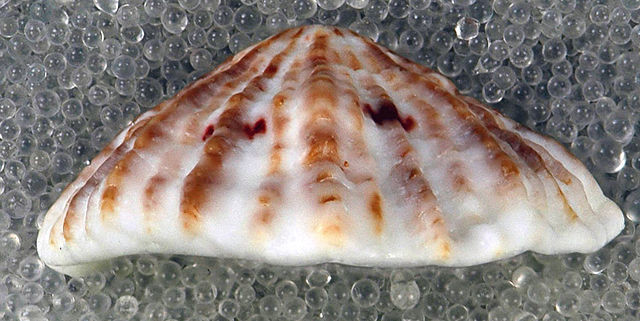 Professor Asa Barber, of the University of Portsmouth, said: “Nature is a wonderful source of inspiration for structures that have excellent mechanical properties. All the things we observe around us, such as trees, the shells of sea creatures and the limpet teeth studied in this work, have evolved to be effective at what they do.”

Interestingly, the teeth were found to have the same strength regardless of their size, and they’re so strong that scientists typically have trouble removing limpets clamping onto rocks without damaging the animals.

Professor Barber added: “Engineers are always interested in making these structures stronger to improve their performance or lighter so they use less material.

“This discovery means the fibrous structures found in limpet teeth could be mimicked and used in high performance engineering applications such as Formula 1 racing cars, the hulls of boats and aircraft structures.”

The benefits of using naturally-sourced materials are numerous. As well as being biodegradable, they take up far fewer resources and less energy to produce than typical oil-based plastics and materials.

American company Ecovative, which makes sustainable alternatives to plastics and foams for packaging, building materials and other applications from mushrooms, points out that while plastics are useful, manufacturers can be smarter.

Citing the EU’s End of Life Vehicles Directive, which aims to reduce waste arising from end-of-life vehicles, Ecovative states that industry leaders are going to have to commit to the development of better materials.

According to the company, its mushroom-derived materials even have benefits for drivers, offering better sound absorption, fire resistance and energy dissipation than traditional foams and plastics. 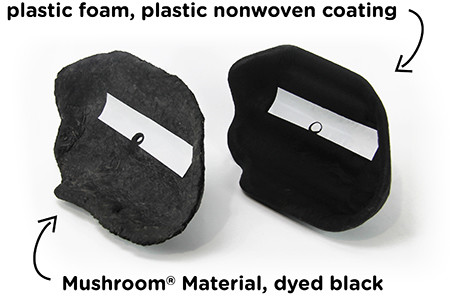 It’s even good news for the industry, with experts predicting that a shift towards eco-friendly materials could see car manufacturers exploring additional avenues of generating revenue.

He said: “This diversification of automotive plastics will provide a new source of revenue for automotive suppliers, and the market could expand further into other manufacturing disciplines”.