Has Ireland ever made a car?

Ireland’s scientific and engineering prowess is incredible: the country gave the world the submarine, the hypodermic syringe, ejector seats, the induction coil, colour photography and the stethoscope, but one thing the country has never been known for is making cars.

That’s not to say the country doesn’t like cars, as Irish people have a long and well-documented passion for the motor car, while Ireland has produced some of the finest racing drivers in motorsports history, among them Gary Thompson, Eddie Irvine, Kris Meeke and WRC newcomer Craig Breen.

It’s just that on the list of the world’s heavyweight car-making countries – Germany, Britain, the US and Japan among them – Ireland is near the very bottom of the list, sandwiched between New Zealand and Zimbabwe.

Although in the UK last year, an estimated 1.5 million cars were built, Ireland has only ever made 8,547 production cars in its entire history. The famed DeLorean DMC-12 accounted for exactly 8,500 of them, while the remaining 47 were split between two low-production companies.

Several companies used Irish plants to assemble their cars in ‘knockdown’ kit form and Ford, Volkswagen, Fiat and Renault all built factories there to avoid punitive import taxes, but only three full production cars have ever been made from scratch in the country. 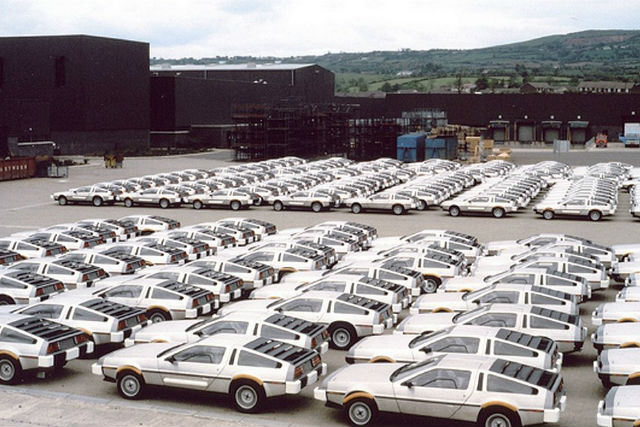 Designed by American engineer John DeLorean, the DMC-12 went from unlikely beginnings to being arguably the most recognisable car of all time, thanks in no small part to its starring role in all three Back to the Future films.

But away from the glitz and the glamour of Hollywood, the DMC-12 was actually built in Dunmurry, a small suburb a few miles outside Belfast city centre. DeLorean originally planned to manufacture the car in Puerto Rico, but changed his mind when he was offered £100 million from the Northern Ireland Development Agency (NIDA).

Consultants hired by the NIDA to assess the company’s viability actually found that the business had only a one in ten chance of being a success, but the Agency was desperate to attract businesses to boost employment numbers and ease cross-community tensions during the Troubles that it took a gamble.

Construction on the DeLorean factory began in October 1978, but though production of the DMC-12 was due to start in 1979, problems with engineering and budget overruns delayed production until early in 1981.

The 2,000 workers employed at the factory were paid handsomely and supplied with the best equipment available at the time, but the population was not accustomed to building cars and a string of quality issues blighted the vehicle.

Those issues had largely been resolved by 1982, but by then the DeLorean Motor Company was in hot water anyway. Lack of demand, financial problems stemming from the factory’s construction and disputes between dealerships and customers stymied its success. The company folded later that year following a failure to secure aid from the British government and the arrest of John DeLorean as part of an FBI drugs sting.

His dream of a car that was “fun to drive, safe to operate and long-lasting” was dead, as was the NIDA’s hope for a local automotive empire to drive the economy. 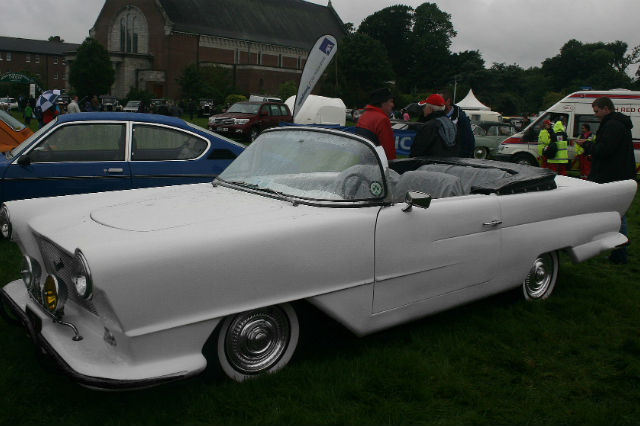 Although the DeLorean DMC-12 is probably the most famous car built in Ireland, it wasn’t the first. That title goes to the Shamrock, a car designed in 1959 by American businessmen William K. Curtis and James F. Conway.

Curtis and Conway’s goal was to build a large luxury car in Tralee, County Kerry, to export to the US. As if that wasn’t obscure enough, the car itself was designed by a former Formula 3 racing driver using a moulded, one-piece fibreglass body.

The car that resulted was an odd four-seater with vague sporting pretensions and looked like a cross between a Ford Thunderbird and a Studebaker, with various green shamrock logos and stickers plastered over it because Ireland.

With a huge 98-inch wheelbase, the car was described as looking “more like a parade float than a car”, and its gargantuan overhangs meant that in order to change a flat tyre, the driver would have to remove the entire axle just to access the wheels.

In spite of its size, it was powered by a tiny 1.5-litre B-Series engine from the Austin A55, which made a grand total of 53 horsepower and meant that the Shamrock went nowhere fast.

Shamrock Motors expected to sell around 3,000 of its cars in the first year, but the project floundered due to demand and money issues, with only eight examples having ever been built. Of those, only half survive with two known to have remained in Ireland and another currently in Seattle. 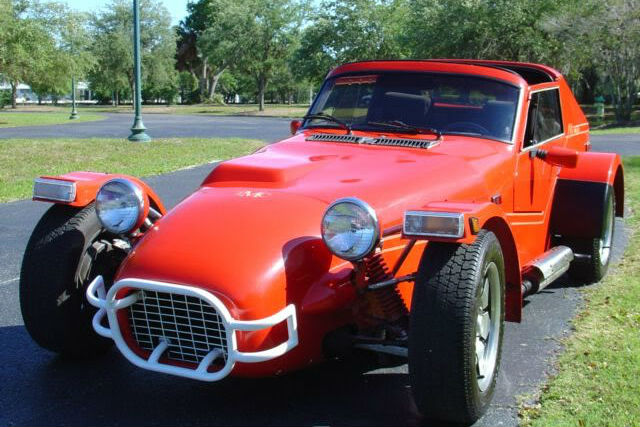 The most recent production car to be built in Ireland, which accounts for the remaining 39 made in the country, was the TMC Costin, a small and purpose-made sports car built between 1983 and 1987.

Designed by engineer Frank Costin, one of the world’s foremost pioneers of the monocoque chassis design and a man instrument in adapting aerodynamic knowledge from aircraft to road vehicles, the TMC Costin was made to compete with the likes of the Lotus/Caterham Seven.

The car itself was built by the Thompson Motor Company in Wexford, a small family-run business that consisted of brothers Val, Peter, Sean and Anthony Thompson. It featured a fibreglass body and a choice of four Ford engines with outputs ranging from 84 horsepower to 150 horsepower.

TMC claimed that the car was just as capable as the Lotus Seven, but also more practical and useable every day with 453 litres of boot space and the option of two rear-facing child seats, while it was also successful in various motorsports ventures.

Unfortunately, the company’s decision to limit production to less than ten cars per year eventually proved to be its undoing, and TMC officially went bankrupt in 1987. The rights to the car’s design were eventually bought by US sports car company Panoz and its sophisticated chassis formed the basis of the V8-powered Panoz Roadster, making the TMC Costin the only proper Irish-built car that survives at least in some form today.