There’s exciting news for fans of the JDM scene as Toyota has officially filed a trademark in Europe for a new Supra.

Thanks to a clever spot from the guys over at the SupraMkV forums, it’s been revealed that the manufacturer quietly filed the trademark in Iceland towards the start of this month.

Adding more credence to the rumours which claim that Toyota is poised to bring the Supra back in the next year or two, it’s also exciting because it apparently confirms that the car will be sold in the European market, and not just in Japan. This is truly exciting, as the Toyota Supra is one of several cars we've been hoping would make a comeback in the not-too-distant future.

The last Supra came during the golden era of Japanese sports cars and was one of the most iconic cars of its generation. Here’s seven reasons the world needs the Supra to come back: 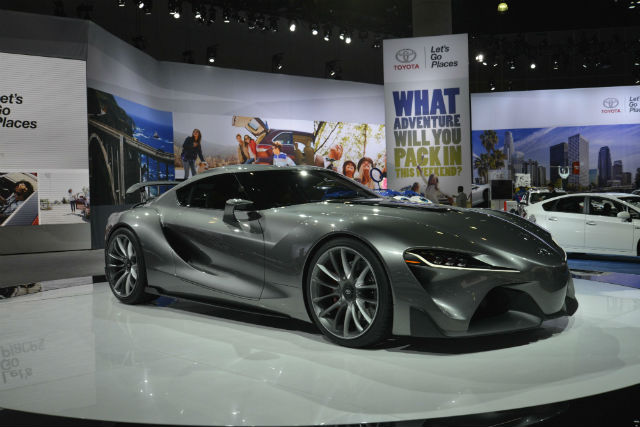 The Supra has always been quite the looker, and if the FT-1 Concept unveiled back in 2014 is anything to go by a modern version will follow in the same aesthetically brilliant footsteps.

Expect familiar Supra styling cues like a big rear wing along with bits and bobs from the FT-1, which could include the aggressive front air intakes, sculpted side scoops and twin exhausts at the rear.

In any case, we can’t deny that we’d seriously like to see a modern take on the iconic 1997 Mk4 TOM’s Supra, complete with that eye-catching red, white and green Castrol livery. 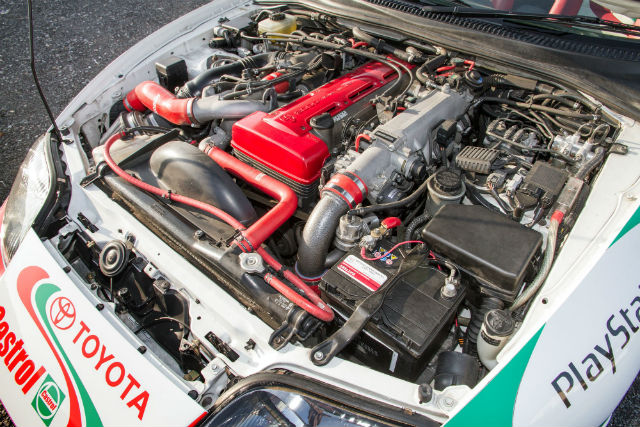 Look aren’t everything of course, but the Supra has always punched far above its weight in terms of performance. The Mk4 came with 326bhp as stock, making it more powerful and quicker than many supercars of its era.

Although a modern Supra wouldn’t use the same iconic twin-turbo straight-sixes as its predecessor, it could use a more modern alternative or possibly even a hybrid system to further boost its power.

BMW, reportedly working alongside Toyota on the new Supra project, could supply a straight-six and there are plenty of hybrid parts on existing Lexus’. In any case, expect north of 450bhp and at least enough poke to take on the likes of the 911 Carrera S.

3. It could reinvigorate the tuner scene 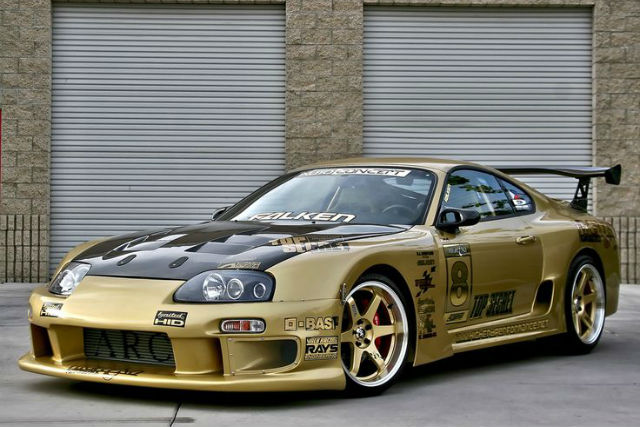 Is it just us, or is the modified scene a little bit quiet at the moment? It seems that with so many pocket rockets like the Focus RS available with huge power and reasonable prices that nobody has any incentive to get down and dirty with a wrench and a couple of aftermarket parts.

But in its glory days the Supra was one of the most popular tuner cars of all, thanks in no small part to its incredibly tuneable engine that could be tweaked to make as much as 900bhp. In its stock assembly.

With the potential to tap into so much power we reckon it would be impossible for petrolheads to avoid tinkering with it, and any excuse to get under a bonnet is a good excuse to us. 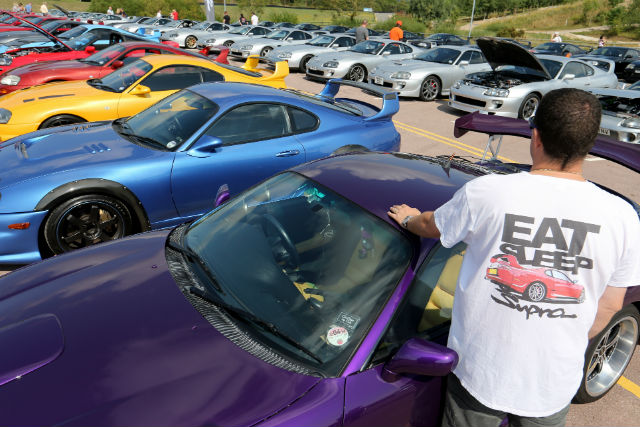 The last Mk4 Supra was priced from just £37,500 when it was last available here in the UK, making it a serious bargain compared to many of its contemporaries and particularly the likes of Ferraris, Lamborghinis and such.

Its position as a bargain supercar-beater was largely occupied by the Nissan GT-R, but year on year the GT-R has continued to become increasingly expensive to the point it’s difficult to consider it as any kind of bargain at all.

As a result, any new Supra would have to be priced competitively to tempt buyers away from more established performance cars and rivals like the GT-R, so expect a competitive list price and a lot of equipment as standard.

5. A return to old-school thrills 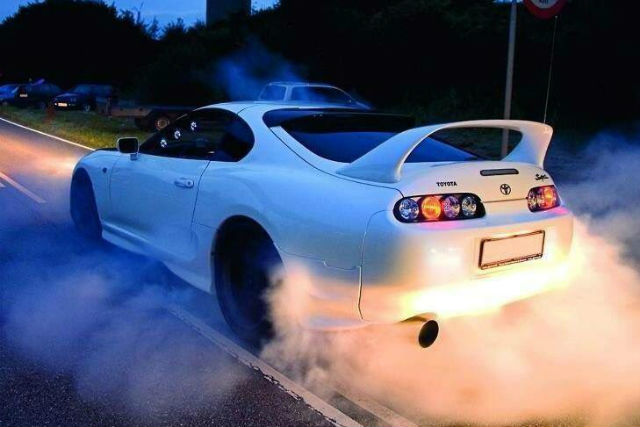 Unlike its contemporaries at the time, namely the R34 Skyline GT-R and the Honda NSX, the Supra didn’t have any four-wheel drive gizmos to prevent the driver ending up smeared across the inside of the windscreen.

Instead, it subscribed to the classic formula of engine in the front and driven wheels at the back, and managing all that power was the sole responsibility of its driver. And what a hoot it was!

Given that it’s rumoured the new Supra could share the underpinnings of the new BMW Z4, it’s likely it could stick with that rear-wheel drive format. And all the better for it, we reckon, offering an alternative to the countless four-wheel drive cars in vogue at the moment.

6. It's sure to be packed with cutting-edge kit 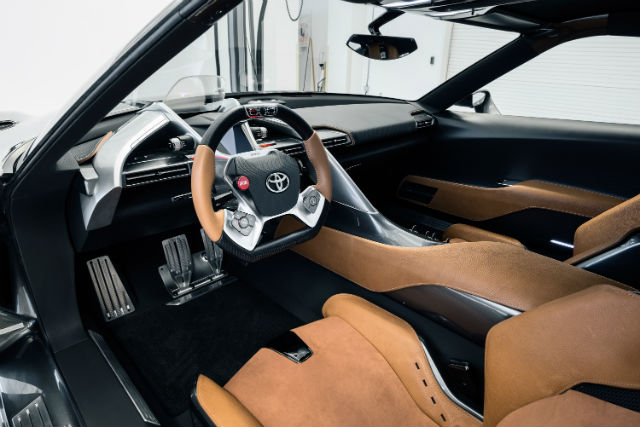 Toyota took the last Supra’s performance extremely seriously and as a result it got an aluminium-intensive construction, a magnesium alloy steering wheel and even a rear spoiler filled with gas to make it lighter.

At the time it was revolutionary and even on a contemporary car that would seem impressive, so you can bet that any new Supra would follow the Mk4’s example of leading the field in terms of technology.

Remember the old wraparound instrument hoop that surrounded the driver like a spaceship cockpit? Imagine what sort of neat tricks Toyota could stuff inside it today. 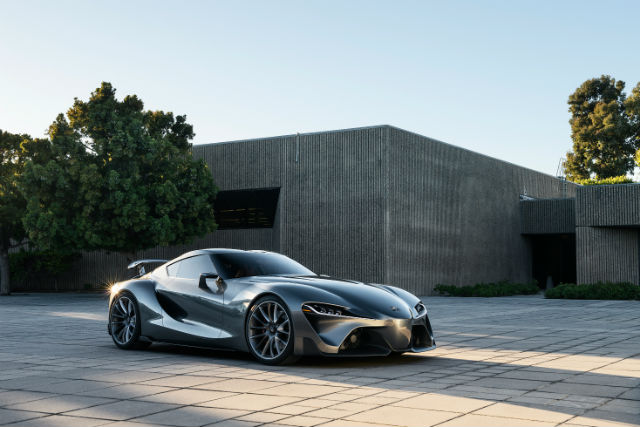 That might sound a little on the harsh side but let’s be honest, these days Toyota is better known for cars like the Prius. Revolutionary in its own way, but hardly all that exciting.

Yes, Toyota still makes the GT86 and a fantastic little car it is at that, but the one thing that Toyota’s really lacking at the minute is a halo car, a position that used to be held by the Supra.

What it really needs is something that gets people talking about it again, a car that makes children squeal and middle aged men spill their pints all over their laps. The loud and shouty yin to the sensible, economical yang. Can we have one, Toyota? Please?