There was a time, not so long ago, that diesel fuel was marketed as a cheap, fast and effective way of reducing the emissions and pollutions that drive climate change.

Since the 90s, European governments had been actively encouraging drivers to go diesel, with the rationale being that diesels use their fuel more efficiently, and would therefore reduce CO2 emissions and stave off global warming.

Thanks to both the notion that diesel fuel was more eco-friendly and cheaper for drivers in the long-term, along with tax breaks and government incentives, diesel cars now make up a third of all cars in Europe.

Perhaps it’s a case of “the bigger they are, the harder they fall”, but thanks particularly to the recent effects of Dieselgate, the world has finally started to realise that perhaps diesel power isn’t quite the eco-friendly alternative that it was once believed to be.

But what’s the actual problem with the Dieselgate scandal, and with diesel as a whole? Well, apart from dishonesty, the real worry is that the emissions produced by diesel cars can be extremely harmful to both the environment and to human beings. More pollution results in more damage and the potential for more people to get sick. 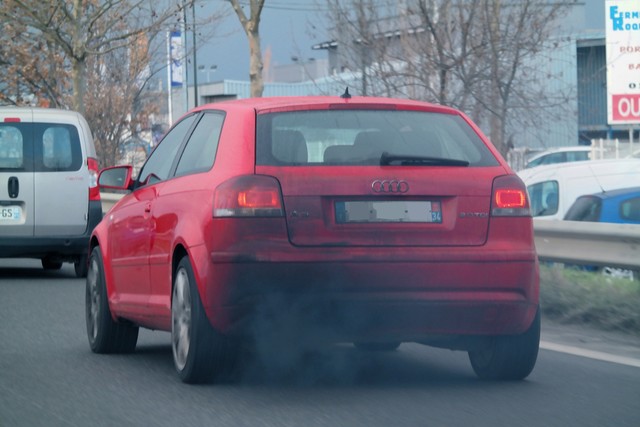 It’s not just the Volkswagen Group that’s to blame, either; plenty of automakers have been manufacturing diesel engines that emit far more gunk than they’re supposed to. Cities like Paris are now as a result clogged with dangerously high levels of air pollution, which has been linked to thousands of premature deaths each and every year.

That’s not all; despite diesel engines being lauded as a cleaner alternative to petrol, it looks as though the effect on global warming has been minimal to completely non-existent.

A 2013 study from Michel Cames and Eckhard Helmers found that the CO2 benefits of diesels were overrated and offset by the extra soot from the exhaust, with the diesel industry also impeding hybrid and electric development, which could have provided deeper emissions cuts.

So how did Europe even get into bed with diesel engines to begin with, if they’re apparently so harmful? The history gets a little murky, but it’s suggested that diesel uptake can be traced back to the oil crisis of the 1970s.

For the majority of the 20th century, carmakers designed car engines to run on petrol, which is more flammable than diesel and combusts easily using sparks from the vehicle’s spark plug. Engines that could burn diesel, using air compression, were already around, but were noisier and smokier than petrol engines, instead being used more often on large ships and trucks. 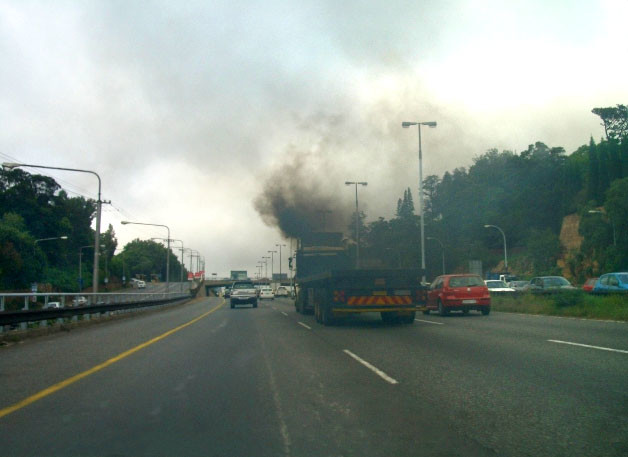 As well as being used to power the engines of large vehicles, diesel was also used for heating, but after global crude oil prices shot up in the 70s, many European countries swore off diesel and swapped to natural gas or nuclear power.

When the crisis was finally over, oil refineries found themselves still producing a lot of diesel, but with nobody to buy it. In response, governments began urging carmakers like Peugeot to look into diesel engines in order to use up the surplus fuel.

By the 1990s, diesel technology had come on leaps and bound, and advances in fuel injection allowed them to run more quietly and more efficiently than before. Using less fuel per mile than petrol alternatives and also emitting less carbon dioxide, all these new diesel-powered vehicles needed was buyers.

The push to make the swap came at the tail end of the decade, when the European Union signed the Kyoto Protocol climate change agreement in an effort to curb global warming. At the time, carmakers had various options to clean themselves up, like the burgeoning hybrid and electric market, but seeing as so many had already invested in diesel, it made sense for them to allow it to pay off.

European policymakers obliged, and the EU agreed to a voluntary CO2 target for vehicles to meet that was in line with what diesel technology would be able to achieve. Soon after, countries including France, Germany, Britain and Italy began cutting taxes on diesel cars and fuel, with sales going through the roof soon after. Spurred on by the promise that the swap to diesel would allow drivers to help thwart climate change, by 2011 the number of new diesel cars registered accounted for nearly 60 per cent of the entire UK market.

The problem with diesel-powered engines is that, while they may be more fuel-efficient than their petrol counterparts and therefore emit less CO2, they tend to emit much higher levels of other harmful pollutants.

Although this was known back in 90s, European regulators at the time considered it an acceptable trade-off. Martin Williams, who previously worked for Britain’s environmental agency, said: “At the time, the prevailing belief was that climate change was the really hard problem and should be the priority, whereas we'd had experience improving air quality, so everyone assumed we could easily fix that issue later.”

From 2000 onwards, the EU began clamping down on the legal limits for NOx emissions. However, the laboratory tests for emissions, which strapped cars to giant treadmills and allowed the cars to be “optimised” for testing by stripping them of excess weight, does little to provide a real indication of real-world results.

Few realised until 2010, when researchers turned their attention towards vehicles that were actually on the road. One study, run by Williams, found that the newest diesel cars at the time emitted roughly as much NOx as older models from the 1990s. 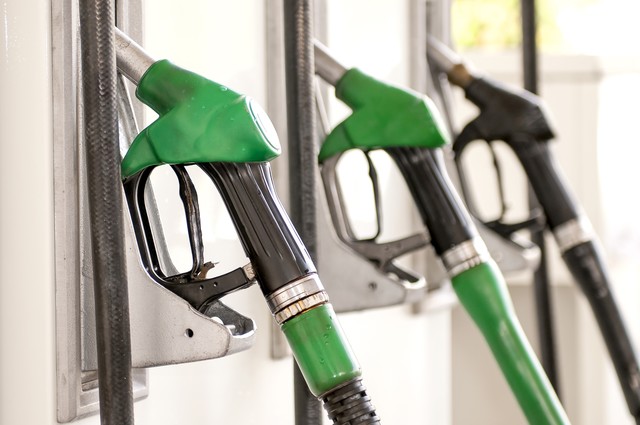 By that point, the damage had been done, and the health toll has been staggering. According to an article in the Financial Times, diesel pollution in the UK was responsible for as many as 9,400 premature deaths in 2010 alone, while Paris often rivals Beijing for the title of world’s most polluted city.

To be fair, both regulators and carmakers have scrambled to clean up their act, with the latest EU emissions standard, Euro 6, requiring diesel cars to emit no more than 0.08 grams of NOx per kilometre. An 84 per cent reduction compared to levels from 2000, regulators will also start requiring on-road testing in addition to laboratory-based tests.

One of the most promising new technologies is selective catalytic reduction, which runs the exhaust fumes through a chamber that breaks harmful waste into nitrogen, oxygen and water via chemical reaction. The problem, though, is that these devices could add as much as £4,000 to the list price of a vehicle, making many small cars uneconomical and also affecting performance.

The jury, therefore, is still out on whether or not “clean diesel” cars can even exist, but worse is the grim irony that the European diesel surge has more or less failed to clean up anything at all.

In their 2013 paper, Cames and Helmers argued that Europe is probably worse off today from a global warming perspective, than if carmakers had instead focused on improving petrol cars rather than diesel-powered ones, or by investing in hybrid and electric technology in the 1990s.

While diesel cars may once have wielded a sizeable CO2 advantage over traditional petrol, today the gap has virtually disappeared as technologies like turbochargers increase petrol’s efficiency to nearly on-par with diesel. 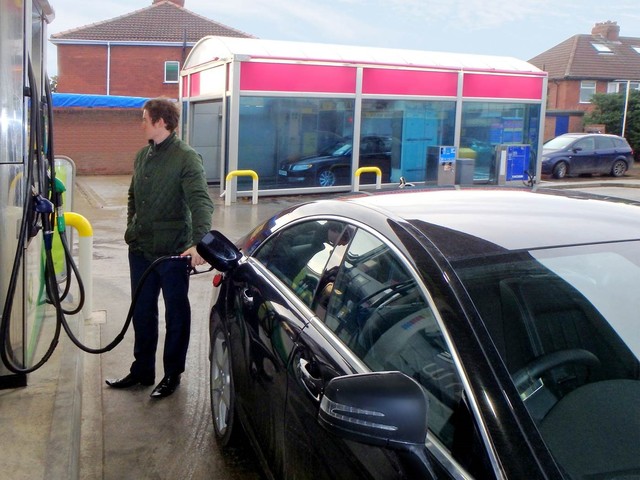 What’s more, the fact that diesels emit more pollutants overall than petrol, coupled with the fact that slashed taxes on diesel fuel incentivised drivers to clock up more miles (and thereby more emissions), means that it appears as though the shift to diesel did very little to back up its own claims.

So what’s a country embroiled in a long-term misadventure with diesel cars to do? Of all the knock-on effects of the Dieselgate scandal, perhaps the best is that policymakers are now beginning to seriously rethink their approach to zero-emissions cars.

Even Volkswagen is trying to do its part, having recently announced that it’s moving into the electric vehicle market and creating a standardised platform for a range of new hybrid and electric cars. Likewise, other brands like Toyota are going their own way, eschewing the range limitations of electric cars in favour of vehicles powered by hydrogen fuel cells, the only emissions from which are plain old water.

With a larger focus on vehicles that genuinely emit lower emissions and tougher scrutiny on policymakers and engineers who would try to shift the goalposts, if the 2000s was the decade diesel took off, perhaps the 2010s will introduce the era of true clean motoring.

The main lesson to take away from the shortcomings of diesel engines is this: the future is hard to predict. It’s easy to blame governments and carmakers for backing polluting fuel, but at the time it genuinely seemed like the way forward. 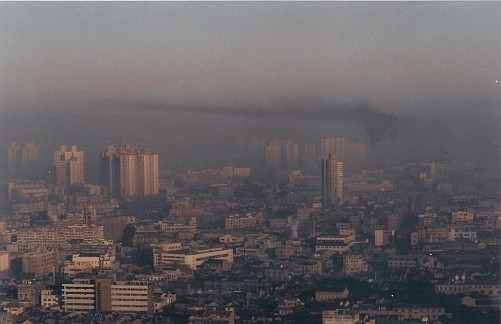 For decades, governments have been gambling with emerging clean energy technologies, from the uptake of nuclear power in the 1970s and 1980s to wind and solar power in the 2000s. Sure, with the right support, government involvement can be valuable, helping new energy options break into the mainstream.

On the other hand, heavily investing in the wrong technology can result in an entrenched market that’s nearly impossible to get rid of until it becomes too late to sweep the problem under the carpet any longer.

Like the end of any long-term relationship, it’s probably going to be an ugly, painful and drawn out process. But it’s for the best and that, diesel, is why the world wants a divorce.