Inside Engineering: What’s so special about the Supra engine?

There’s been quite a bit of kerfuffle about the Toyota Supra lately, given that Toyota have at this stage all-but-officially confirmed that one of the most iconic Japanese sports cars of all time is on its way back.

For decades now the Supra has been a hallowed term among car fans and tuning experts alike, thanks in no small part to the amazing engine which came in the previous Mk4 version.

A 3.0-litre twin-turbocharged inline-six engine known as the 2JZ-GTE, it made a seemingly conservative 318bhp as standard but could be tuned to within an inch of its life. To give some estimate of how insane its capabilities are, many have been able to extract as much as 900bhp from the engine with absolutely no modifications.

But exactly what is it about the Mk4 Supra and the 2JZ-GTE engine that makes it so legendary, and what’s the secret to its seemingly limitless capacity to generate enough horsepower to defibrillate God? 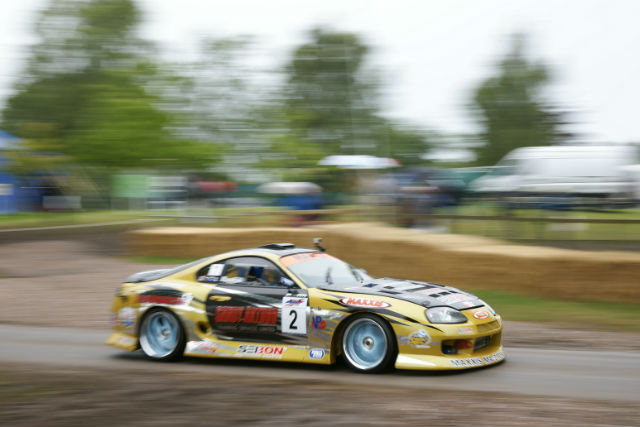 First, let’s take a look at the history of the Mk4. Originally, the Supra was part of Toyota’s Celica line-up, but in 1986 it dropped the Celica prefix and became its very own car.

A lot of that was thanks to the development of the 2JZ-GTE engine, which was officially introduced in 1992 and put out the sort of sobering horsepower that meant the Supra deserved a name and model range all of its very own.

The Mk4 was the product of an era when Japanese car manufacturers had all agreed to an unofficial gentleman’s agreement to limit horsepower to around 280bhp in order to try and make the roads a lot safer.

That agreement has long since been broken but it meant that cars like the Mk4 Supra left the engine with a lot of the unsqueezed juice still in them. That mean you could wring serious power out of it with relatively little adjustments and even 23 years later few engines can match the outrageous tenability of the Toyota 2JZ-GTE. 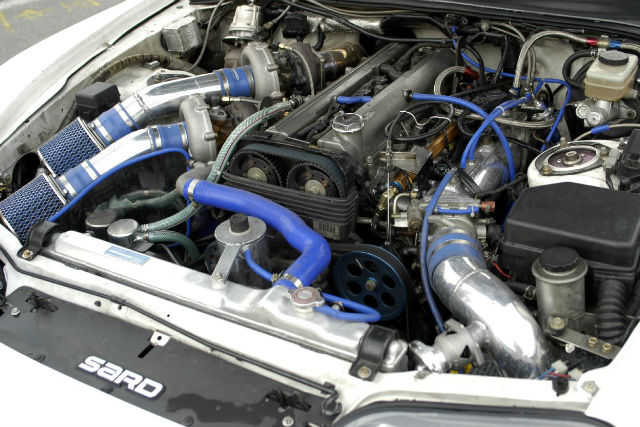 Inspired by the Nissan GT-R

Toyota took a lot of inspiration from the famed Nissan RB engines, which had been used to power cars like the legendary R32 Skyline GT-R, one of the most successful Japanese racing cars of all time and the vehicle which would earn the GT-R its ‘Godzilla’ nickname.

An inline-six design, where the engine consists of six cylinders all laid out in a single row, was chosen due to the engine’s natural balance. Unlike other engine designs, particularly V-type engines, inline-sixes suffer from very little vibration, which is caused by opposing cylinders firing in opposite directions to each other and which can cause the engine to jump around.

The even distribution of cylinders in an inline-six means that rocking motions are minimised, in practice meaning that it can rev much higher, for much longer and more smoothly than virtually any other engine design.

Toyota also specifically built the Supra’s engine out of a single block made of heavy-duty cast iron. Aluminium, a more common choice for engine blocks these days, is much lighter than iron but the tradeoff is that it’s significantly less durable. 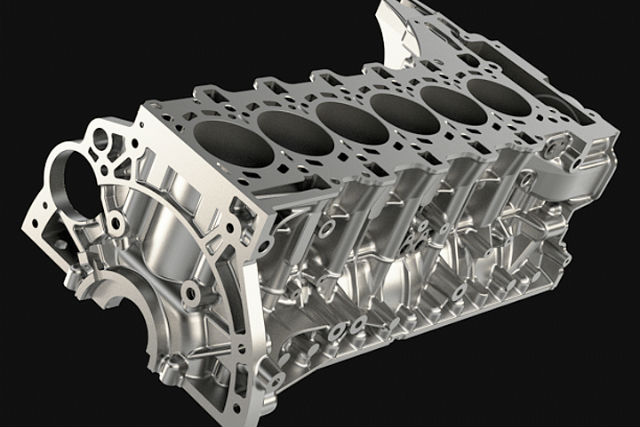 It was this cast iron engine block that was to be the secret of the Supra’s success. It was so strong that it could withstand huge horsepower numbers without cracking, while Toyota also fitted it with a strong, forged crankshaft to transfer the power and special dish-shaped pistons to tame the engine’s compression ratio.

As well as that, engineers designed oil ports located under the pistons to keep it lubricated even at high RPM, while each cylinder was made as long as it was wide just like some Formula One engines for the most efficient combustion.

The Supra engine was therefore able to withstand far greater outputs than virtually any other engine around at the time. Not only that, but it was so well built that failures occurred rarely, allowing owners to continually push the capabilities of their car.

According to some, Supra owners could double the power of their car with extreme ease and without making any modifications to the engine’s stock assembly. Simple tweaks like swapping the twin turbocharger setup for a larger single turbo could increase power even further. 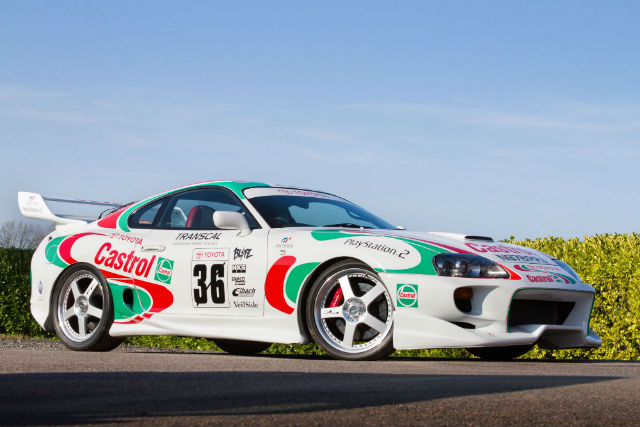 Add on larger fuel injectors to squirt more petrol into the cylinder and perhaps a new camshaft with a more aggressive profile to allow the engine valves to open and shut more quickly and by that stage outputs would be approaching 750bhp or potentially even more.

Many reckon that the 2JZ-GTE is capable of belting out more than 2,000bhp thanks to the durability of its iron block, but of course the engine is now in high demand from enthusiasts and professional racers alike and it’s becoming increasingly hard to find one for a decent price.

The world has come on a long way since the Mk4 Supra debuted, and the new model is expected to reflect that. Gone is the 2JZ-GTE, likely to be replaced either with a new twin-turbocharged V6 of Toyota’s own design or a BMW-sourced hybrid setup depending on which sources you believe.

All the same, perhaps with the exception of engines like the big-block Chevrolet V8s and Ford Boss 302’s, it’s rare for a motor to be so in demand so long after it original came to market. All that does is pay tribute to the amazing capability and power of the Toyota 2JZ-GTE, and even with your new-fangled hybrid systems it’s likely to still be in demand decades to come.