UK diesel car scrappage scheme: Everything you need to know

Owners of diesel cars and vans could receive a payout to trade in their vehicles as part of a new government diesel scrappage scheme. Find out all you need to know here.

The owners of older diesel cars and vans could receive money from the government as part of a new plan to reduce air pollution in cities around the UK.

It’s expected that the government will make an official announcement confirming the scheme in the next week or so, however it’s likely that it’ll be restricted to diesel cars of a certain age to reduce costs.

Find out more about the diesel scrappage scheme, including whether you’re eligible for the payout, in our all-you-need-to-know guide below.

What is the scrappage scheme?

The diesel scrappage scheme is part of a proposed government initiative to reduce the number of polluting cars on British roads by encouraging the owners of diesel-powered cars to trade them in for a new, low-emissions vehicle.

It comes as part of a larger overall plan to reduce the amount of harmful toxins emitted onto UK roads, with drivers offered monetary incentives to trade in their old cars.

A previous government scrappage scheme was introduced in 2009 and offered drivers up to £1,000 to get rid of their aging vehicles, with nearly 400,000 polluting cars taken off the road as a result.

Why is this happening? 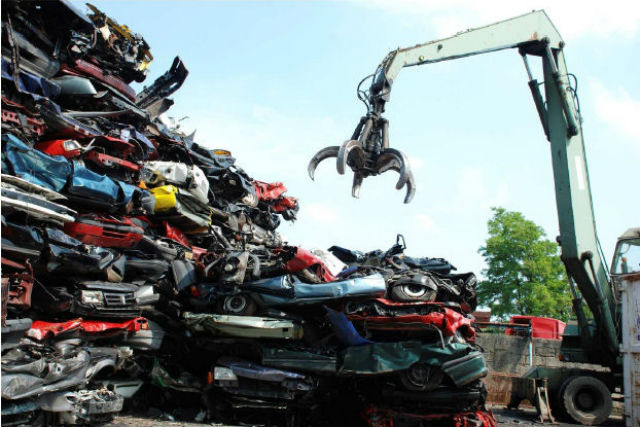 The proposed scheme comes in the wake of calls from London Mayor Sadiq Khan to tackle the harmful level of pollution, not just in the capital, but around the UK.

It’s estimated that air pollution contributes to more than 40,000 premature deaths in the UK each year, and older diesel vehicles have been found to be particularly polluting, emitting high quantities of nitrogen oxides and particulate matter that can cause heart disease, strokes or cancer.

Previous governments throughout the late 1990s and early 2000s had in fact encouraged the uptake of diesel cars in the past, due to the fact that they typically emit lower amounts of carbon dioxide, which contributes to global warming.

However, despite heavy investments on behalf of buyers, governments throughout Europe have begun to crack down on diesels in the past few years due to the high levels of other deadly pollutants, and the scrappage scheme is designed to both reduce pollution and compensate motorists.

The UK government has in the past toyed with the idea of introducing a scrappage scheme despite the considerable costs, but it’s now understood that the Prime Minister has insisted it will be introduced with an official announcement due in the next few days.

Is my car eligible for the diesel scrappage scheme?

It’s expected that the scrappage scheme will target the oldest diesel vehicles on the road, which also tend to be the dirtiest. Any diesel car or van that’s more than 10 years old is likely to be eligible for the scheme, while more modern diesels will be exempt.

Initially, it’s believed that the scheme will only apply to the 10 most polluted cities in the UK, with London, Birmingham, Manchester and Liverpool all on the list. However, it’s possible that if the initial trial is a success then the scheme could be rolled out nationwide.

How much money could I get for my diesel car? 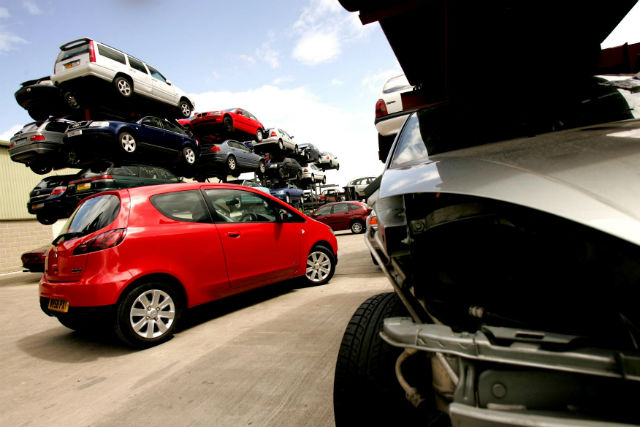 Under the new scrappage plans, drivers who are eligible for the payout will receive up to £2,000, however it’s understood that the money can’t be spent freely and must instead be put towards the cost of a new low-emissions vehicle, like a hybrid or electric car.

It’s likely that this will be in addition to the existing incentives, which allow buyers to receive up to £4,500 from the government towards the cost of an electric car, or up to £2,500 off the cost of a hybrid.

That means that you could potentially receive a £6,500 discount off the price of an electric car, or £4,500 off the cost of a hybrid. Half of the scrappage scheme payment will come from the government, while the rest will be provided by car manufacturers eager to increase the uptake of their vehicles.

When will it start?

There’s no indication on when the diesel scrappage scheme will be introduced, but it’s expected that it will be debated in parliament this week with an official announcement made within the next couple of weeks.

If it comes into force, it’s possible that it could be introduced later this year around the same time as the so-called ‘toxin tax’, which will charge diesel drivers in cities around the UK to travel during peak hours.